31 days of dork heaven #6: Off to Rohan with the Virgin Suicides and Wonder Boys 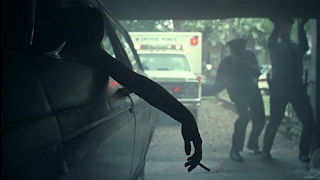 I wasted far too much of my 20s getting stoned with my mates and going for vast, rambling road trips all over the South Island. Sunday drives to the West Coast might be a 10-hour round trip, but they made good ice creams in Westport, and it was something to do.

One of the best was one Saturday afternoon, where we decided to bash around the countryside and find some sets for Lord of the Rings, which was shooting in our back country at the time. It took ages to get up there, and find what we were looking for, although getting stuck in a crowd of horseman brandishing big fuck-off swords was a good sign we were on the right rack. We ended up parking up surprisingly close to the Halls of Rohan, and got fucking munted on some sweet oil that Spook had scored.

That was fun, but one of the best parts of that particular trip was the reading material I'd taken along. I always took a book on these drives, to get through the long stretches of familiar landscape, and on this particular trip, I blazed through The Virgin Suicides on the drive up, and got through almost all of The Wonder Boys on the way down.

Neither of the books had been turned into movies yet (although they were both on the way), and for one brief, golden afternoon, I went to Middle Earth while high on cannabis and the crippling ennui of growing up in 20th century America. It was a surprisingly good mix.
Posted by Bob Temuka at 1:42 PM