The art of penultimate pacing: The Boys #68

When Over The Hill With The Swords Of A Thousand Men  – the second-to-last story in The Boys comic – came to a close with a bloody affair on the White House lawn, I literally let out a sigh of relief, because I was convinced the large cast of largely-likable characters were doomed, but they had all made it to the end.

But The Boys isn’t one of those stories, where all the shit goes down in the penultimate arc, and then it’s all tying up and resolutions. This is the story where the shit goes down right to the end, and I really wasn’t expecting that. 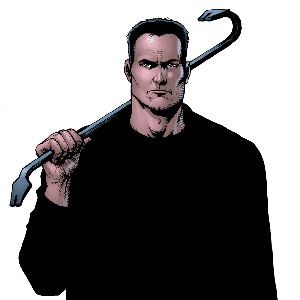 I'm convinced it’s all HBO’s fault. I would argue that their policy of producing 10-12 episode television seasons has produced some of the greatest Art-with-a-capital-A in any medium in the past decade. There have been moments in TV shows like Deadwood, or The Wire, or even True Blood, that have been some of the most moving, intense and emotionally rich scenes I have ever seen in any medium.

A lot of these series feature a certain sense of pacing that has been obvious since The Sopranos – the second-to-last episode of a season was invariably the one where it all comes to a head, usually with an abrupt dose of extreme violence, and the final episode was usually all the fascinating fall-out.

Shows that had completely different plots and themes shared this storytelling trope, with both Game of Thrones and Mad Men conforming to this winning formula in both recent – and brilliant – seasons. Everything about the second season  led to the battle of the Blackwater, while the terrible suicide in the penultimate episode of Mad Men was the whole point of another brilliant run. 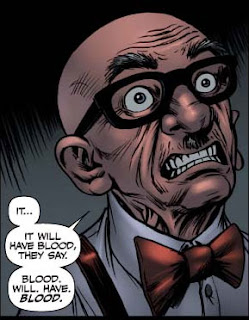 This practice has leaked into comics in a big way, and the most popular American comic writers have all picked up on this pacing. Writers with diverse interests such as Bendis, Brubaker and Johns follow it, all fascinated by the epilogue, with plenty of room for resolution and new set-up after the dust has settled.

Garth Ennis has also used it well. His Punisher Max series was a perfect example - it all came to a head in the penultimate Long Cold Dark, with the a drag-down fight with the toughest of all Frank’s enemies, and the moment in those final pages where he remembers a glimpse of humanity, and knows it is a light that is forever extinguished in his soul. The final arc – Valley Forge, Valley Forge tidied up all the loose ends, but the series really finished with Frank driving through the dark of the American night. 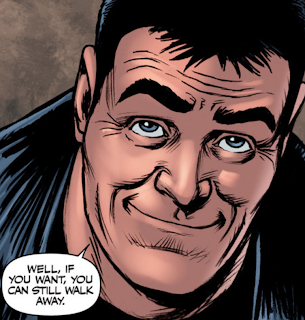 It looked like he was doing the same thing in The Boys, with the penultimate storyline taking care of all the apparent bad guys, but all those dopey superheroes with their banal carnage and mindless rutting were always the sideshow in the comic, and the proper story isn’t done yet.

I just got the latest issue of The Boys yesterday, and it’s three issues into the final story arc, and nothing has been resolved, and it looks like it’s going right to the wire.

I do want the Female and Frenchie to go off and live on an island together, and not have to fight mean people, and I do want Hughie and Annie to work it all out, but I also wanted the one who dies in #68 to come through, because he was a decent and honourable man, but then his best mate goes and kills him with a grenade to the face. 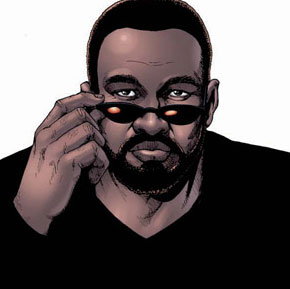 It’s a shocking moment in a comic that has had its fair share of shocking moments, but I found it particularly shocking because I really wasn’t expecting it. This isn’t going to be the story with long goodbyes, this is a story that will be cut lethally short.

And even though it’s only got a few issues to go, and even though it’s not been running for half a decade, it can still surprise me with its pacing, while still getting in the odd knob joke. That’s always worthwhile.
Posted by Bob Temuka at 7:25 PM

I seem to remember an interview with Garth Ennis in which he mentioned he knew what was going to happen in the last issue before he wrote the first one so what's happening now was always going to be more than just an epilogue.

It's been a really uneven story. Some of the arcs are amongst the best things Ennis has done while others read like leaden retreads of 'the punisher kills the entire marvel universe' but much less fun. Half of the trades could probably be skipped without missing too much beyond some nice world-building touches. But I'm genuinely curious how it's going to end and now that 'Day of Chaos' has finished, it's the most compelling story story around.

Interesting point about the HBO story structures. Maybe I'm just too easily jaded but I think a lot of their storytelling techniques have started to become cliches in their own right so it's good to see Ennis doing things his own way...