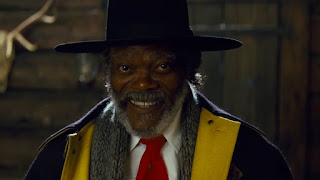 After years of listening to true crime, movie reviews, historical deep dives and general comic talk, I recently tried a couple of fictional podcasts - horror stories which mimicked the form and format of their non-fictional counterparts. And they were uniformly terrible.

They certainly had good, creepy ideas and scenarios behind them, but it was the dialogue that ruined them. After years of the real world version, all the dialogue in the interviews and monologues felt forced and fake. It was all so clearly created and rehearsed and recorded multiple times to get the right take, and while it would be hard to pinpoint the exact wrongness of it all, it's definitely there.

Dialogue isn't the same as real speech, and doesn't have the weird trailing off, slip-ups and repetition that we're all guilty of in our daily talking. When podcasts are nothing but somebody's voices in your ear, it's always going to sound fake if it's not immediate and natural.

Look at the way Alan Moore's poetic dialogue on the comic page sounds fairly awful when transposed word for word by an actor in one of the various adaptations (although a talented actor can sometimes sell the big lines), or the way Tarantino's dialogue always requires a heightened performances, something his regular company of actors generally sell quite well.

But it just didn't work in the podcasts. The dialogue never let you forget that it's all fake, so I'm going back to the real world.

There was the great radio show from Chris Morris and the BBC called Blue Jam. It was weird, sometimes disturbing, and often creepy. It had music, sketches and dialog in it, and the sketches, mostly two to three people, sound really natural. I always wonder how they recorded it, as it sounds set in the real world. But now I'm wondering how they made the dialog sound so natural. Those trailing off moments, the casualness of it. If you want a strange show that pushed what radio was, seek it out. It's so good and odd.