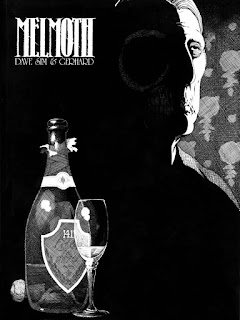 It's a year of cleaning out the comic collection a bit, and I think I've reached the point where I've finally decided I don't need the last half of Cerebus The Aardvark anymore.

I've been collecting the comic for a couple of decades now. I was far too late to get into it at its prime, and have always been playing catch-up. I've been getting two-thirds of the 300-issue series through discount boxes and back issue bins since the 1990s, and I'm nearly there now, but I finally got to the point where I just don't need anything past #150.

I kept getting it even when Dave Sim got uncomfortably and offensively weird, because the art and design was always so gorgeous, and it was genuinely fascinating to see where Sim was going, even if it was a place I didn't really want to visit. But there's just too much of it, I'm and moving on. I thought about cutting it back even further to the 112/113 double issues, because that was just such a natural endpoint to the whole Church and State thing, but had to hold on to the Melmoth stuff - it's still a stately and graceful interpretation of the last days of Oscar Wilde.

(I also have to hold onto #186, where – after years of farting in his sleep – Sim really shit the bed, ideologically speaking. It's such a car crash to watch, and was the only issue of the comic I think I bought brand-new, so I gotta keep it. For posterity's sake, and just to marvel at it.)

Of course, I could have ditched the whole lot, and still might some day, but that art and that design is so beautiful, and the first half of the comic is complex and gripping and adventurous and metaphysical and troubling in all the right ways. It's still dozens and dozens of comics, but I just don't need that back half to enjoy them as much.
Posted by Bob Temuka at 10:03 AM