Cliffhangers shouldn't be this hard 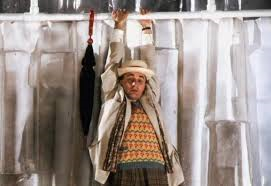 For periodcial publications that have been permanently in print for nearly a century, it's still astounding how bad so many monthly superhero comic creators are at giving the readers a decent cliffhanger. Putting the main characters in an impossible situtation is the best way to get people coming back again and again, but so many Marvel and DC comics end with a standard story beat, without any real thought for inticing a reader to come back to see how the situation is resolved.

It's a little depressing how much of them rely on introducing a character or small plot development on the final page, showing something that might even be seen on the cover. The entire premise of a story isn't a great way to end a first issue, but it happens all the bloody time.

There are still some writers out there who come up with a good cliffhanger - Gail Simone has always been good at giving the reader a good hook for the next issue, Mark Waid's superhero comics often hinge on an impossible dilemma that requires an exceptionally clever resolution, and as much as I find Brian K Vaughn's work boring as shit, he can definitely bring it on the jaw-dropping cliffhanger front.

But when a TV sitcom like The Good Place puts them all to shame, with its last-second stings that leave a mass audience gagging for the next episode, superhero comics need to lift their game on the cliffhanger front, or nobody is going to be left waiting for the next month, because everything has fallen off a cliff.
Posted by Bob Temuka at 9:27 AM