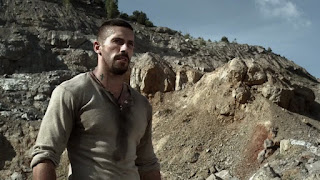 If you're going to be The Most Complete Fighter In The World, you can't let a knee that has been shattered into a thousand pieces stop you, you just slam that knee against a hard concrete wall a million times until it's harder than rock.

And you aren't going to go lie down after a long day in hard labour at the quarry, you're going to carry on afterwards and hit the punching bag again until you can't stand anymore.

And, most of all, you're not going to whine about it when they ramp up the work in the quarry in an effort to tire you out before the big fight. Because smashing all these rocks and throwing them into a skip is not punishment, IT IS TRAINING.

I'm not saying you should live your life by the rules of Boyka. But we probably all should.