Twin Peaks soundtracks: It's a whisper, it is always just a dream 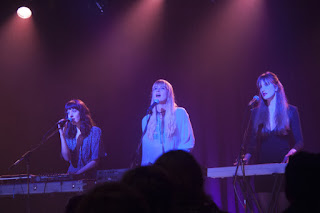 Driving randomly around the outer suburbs after midnight, with the car speakers playing sweet little melodies, disconcertingly ominous droning and someone crying about sycamore trees. Going past all the dull, normal houses where a thousand secrets hide behind the closed curtains, every house closed up and dark for the night, but still alive with a thousand stories.

Or it's even later at night and there is more of it on the Walkman/MP3 player/phone, walking back from town to a snap-happy beat, some nightmare nightclub music, or a tune that gives me a real indication about a laugh coming on.

Either way, getting around town late at night is always a million times cooler when you've got some music from Twin Peaks with you.

For a quarter of a century, that has mainly meant a steady diet of Angelo Badalamenti, but there is so much more now. The recent return of Twin Peaks wasn't just the best television in a decade, it was also a terrific variety show, with heaps of achingly cool musical acts showing up to perform a tune.

Almost all of the songs played at the show's roadhouse have been collected into a soundtrack album - along with some of the background tunes -and right now that's all I want to listen to, mainly when it's really late at night, or really early in the morning.

It's a gorgeous soundtrack album, full of familiar old music and brand new artists. There is a short reprise of that eternal theme music, with his languid and lamenting bass line, and it closes out with the ethereal Julee Cruise, but there is a bunch more than just that.

There are several pop acts who are beautifully energetic and earnest, with all the synths turned up to 11. There are also some deeply unironic 50s love ballads, and a couple of tunes that are totally uncool - James' dopey song is in there, and there is even a ZZ Top tune, for crying out loud.

But it all works, with the kind of eclectic mixture that makes a truly great soundtrack album. It goes from Sharon Van Etten straight into the Nine Inch Nails at their most NIN, and finds room for the unmistakable groove of Green Onions before showcasing the Veils at their most un-Veil. And then it all climaxes with the transcendental wonder of a live Otis Redding track.

There are the usual sad omissions - there's another fucking awesome Au Revoir Simone song that doesn't make it onto the final set list, and it could have used a bit of Badalamenti's delicate piano from the scene were Cooper finally got his cherry pie - but a large part of the new Twin Peaks series was about how it wouldn't always give you what you wanted, so you've got to expect the same from the soundtrack.

The roadhouse in Twin Peaks is both part of the show's reality, and something beyond that as a place that exists only in dreams, and each song has some kind of symbolic reference in the episode it appears in, and there are all sorts of depths hiding behind the cheeriest of tunes.

I don't know what any of it means, and I'm not really interested in trying to nut it out for a while yet. All I really know is this - while it doesn't sound much like the other Twin Peaks soundtracks that I've bopping around to since the early 90s, there is no other music I want to hear more when I head back out into the dark.
Posted by Bob Temuka at 8:02 PM