Sometimes, all you need to know about someone can be found out with a simple pop culture binary equation – the classic is still "are you a Beatles person or a Stones person?" You can love them both, but if you had to choose, there was always one answer. (Unless you chose the totally legitimate third option, and said you were an Elvis person.)

While you can like The Revenant and you can like the Hateful Eight, it should still be dead easy to pick a favourite. 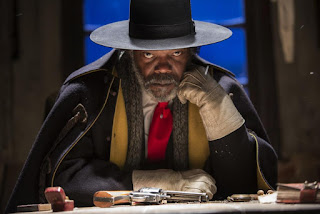 You can also dislike both of them, for various reasons, and that's fine. Nothing is for everybody, and if you don’t like films by these directors, you’re in the wrong fucking cinema, buddy, because these are the two most-Iñárritu and most Tarantino films ever made. You get what you expect.

But you can also like both of them easily enough, because they’re both impressive slices of film making. Still. If I had to pick one as my own particular favourite, it's no question, after having a few weeks to think about it. I'm Hateful 8, all the way. 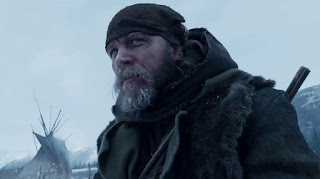 The Revenant certainly has its merits. It is achingly beautiful in its photography and emotions, and gloriously unflinching in its violence. The ragged, full-on action scenes are absolutely mental affairs that are some of the most tense things seen on screen in the past year.

But it's also fairly plodding and predictable. It's easy to know exactly where the story is going, right down to the ham-fisted plot turn of a saved victim repaying the kindness, nicked straight from Training Day, and the final shot is cringingly obvious.

It's so easy to see where it is going, right down to the final moments of the film, where an avalanche - a devastatingly unexpected explosion of nature - becomes something totally expected. 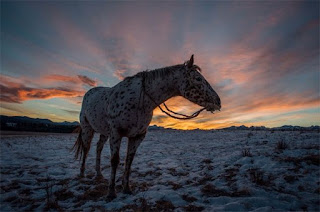 This was my particular problem with The Revenant, and why I scowl every time it sweeps another awards – it was trying far too hard to be profound.

The worst case of this was seen every time a character died, and there was some kind of movement in nature, like the flow of a river, or some wind through trees. And so when there is a last major death towards the end, of course there is going to be an avalanche afterwards. That’s the rhythm of the thing.

But its the biggest and easiest mistake to make in man versus nature films, the idea that nature gives a shit about the trivial vengeances and violence of the humans who slog through it. Nature doesn't care. Nature doesn’t give a flying fuck about people. Attaching human sentiment to the implacable weather and terrain is just fallacy.

Nature certainly doesn't give a good goddamn about the characters in the Hateful Eight - it just locks them up in a tight, closed space and lets them blow each other to hell.

It’s another intentionally stagey and desperately cinematic effort from Tarantino, and the director's habit of leaving a main character as a cooling corpse halfway through means there is none of that predictability – you’re left with no idea where things are going to go. Unless you expect things to get really, really, really bloody. Because they do.

It’s ridiculously long and totally self-indulgent, but Tarantino isn’t afraid to address issues that other filmmakers are wary of, or code into metaphor, rather than coming out and saying it. But there is also loads of subtext, and there are dozens and dozens of tiny moments in its three hour running time that are just dripping with significance.

With the trusted brilliance of actors like Samuel L Jackson, Tim Roth and Michael Madsen, who always bring it for QT, Hateful Eight is rougher, nastier, funnier, crueller and gorier than its competition. 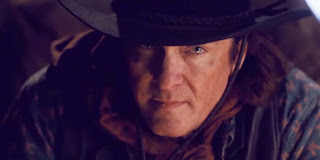 And, most unexpected of all, is that it’s still an incredibly optimistic work, ending on a note of hope, even if that note is written in the copious blood flowing across the floor of Minnie Haberdashery.

It’s that same hope that made Deadwood the greatest television of the 21st century  - that these violent, selfish people can join together and create a civilisation, even if it goes against everything they thought they believed it. When Chris Mannix chooses the path of justice at the end, he's offering hope for all America. It could always use it. 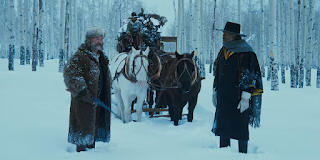 Many of my best and smartest friends think I'm out of my mind, and that The Revenant is clearly the better film, but that just tells me more about them than they think.

This isn’t an insult because critical consensus is the fuckin’ worst, and I like the fact that I have different tastes from my favourite people, and that they can overlook the kinds of things that bugged me about DiCaprio’s slog through the existential snowstorm. And it totally goes the other way, and I can ignore the blatant self-indulgence of Tarantino at his best.

But just as I'll always be a Beatles man - the Stones rock fucking hard, but they didn't create as much genius as the Liverpool lads - I'd rather be on board the last stage to Red Rock than out in the bare wilderness.
Posted by Bob Temuka at 7:30 PM