The art of the short story is often neglected in mainstream comic books – even though the entire industry was built on a bedrock of anthologies, they’re not important enough any more. They don’t count.

Of course, once upon a time, all popular comics were anthology titles, packed with tonnes of short, sharp stories about men and women in tights, and talking ducks, and monsters, and war, and fools in love. They had a beginning, middle and end in less than a dozen pages, and always came with a few laughs, with some blatant moral point usually being made.

But even though the regular reader of 2016 is more enamored with the instantly dated posturing of an ongoing title, the short, sharp shock of a small comic story remains impervious to fashion, and there is still room for a decent series of shorts. 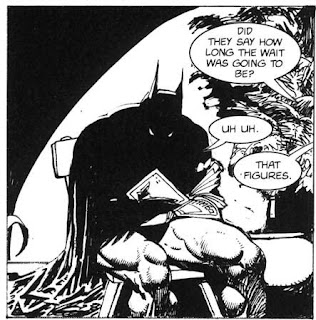 DC still puts them out. It’s not like the old days where there were dozens of war and horror and western and romance comics on the shelves - that kind of ubiquity died out in the early eighties - but it’s not a totally moribund format.

For starters, there have been the Batman: Black And White stories, which have been popping up sporadically for years, with some highly-stylised Bat-adventure rendered in sharp monochrome. These can be rewarding comics, which often offer comic legends from all corners of the medium a chance to play with Batman and his pals – any one of the collected editions will offer up names like Bolland, Bisley, Garcia-Lopez, Corman, Pope, Buscema, Otomo, Chaykin, Simonson, Kubert, Sienkiewicz, and dozens and dozens of other creators.

There is an unsurprising focus on the artist in these short stories, with no room for anything but the barest of plot, dialogue and situation. S, so it’s equally unsurprising that one collection will contain art and script from artists like Dave Johnson, Adam Hughes, Dustin Nguyen, Lee Bermejo and Rafael Albuquerque, who finally get the chance to write and draw something of their very own, freed from the constraints of collaboration with a “proper” writer.

The stories generally age well – the first B&W comics in this series were created two decades ago, but are as fresh and fashionable as their more recent counterparts. There are still some awful, awful comics – one by Dan Didio that pits Batman against paedos really is, as described here by the calm and reasonable Colin Smith, "exceptionally poorly told" and "shockingly lacking in logic” - but the worst stories are over in a few pages, and there are also plenty of other rewards in these short stories of black and white, and the format is golden. 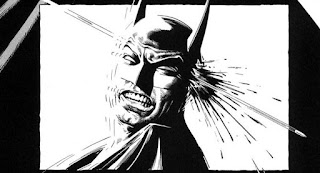 DC has also put out anthologies packed with Superman and Wonder Woman short stories in the past few years, which can be just as interesting and rewarding as the Batman efforts, with the added bonus of glorious colour.

They sell like shit, so they never last for long, but comics like the most recent version of Superman Adventures and Sensation Comics were still places you could find gloriously gonzo artists like Gilbert Hernandez do a dead straight Wonder Woman story, or Chris Weston draw a magnificent Superman, professional artists happy to let their affectionate feeling towards these beloved DC icons shine.

Once again, some of the individual stories are awful, but they also had a reasonably high hit rate - some of the best superhero stories of the past few years lurk beneath their covers.

Admittedly, new voices get less of a chance on the books with the big boys, even though other useful aspect of the short story is the ability to give new voices and up and coming talent a chance to do something.

These talents are less likely to get a shot at one of the big characters, but there are places on the fringes of the DC empire where there are still some semi-regular anthologies.

Vertigo is still hanging in there, and while the whole imprint is visibly flailing without a rock-solid franchise like Fables or Sandman to keep it going, it is still there, and still doing comics full of short stories.

The anthology books that Vertigo put out in its first decade used to be fairly predictable, with big names having a bit of fun, and stories from established titles like Hellblazer or Invisibles or the Books of Magic, but now they’ve grown into something different. 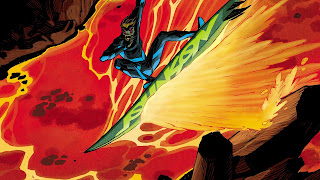 Vertigo are still occasionally putting anthologies out under weird umbrella titles like Strange Sport Stories, but they're also releasing almost-regular quarterly collections of short comic stories, often following some vague theme like a colour or some shit.

These big, chunky and unfortunately expensive comics are full of a wide variety of stories, with the usual ratios of good, bad and indifferent. There is plenty of experimentation with the form, and the usual pushing of the boundaries of the medium, with loads of new talents getting their first shot at the big time (although you can usually still rely on Peter Milligan to show up with something slick and slightly sick).

While they might not sell shit, they can be a solid investment in the next Gaiman, or Snyder, or even a Paul Jenkins. The long-term viability of the entire comic industry depends on a regular infusion of new talent, and they have to start somewhere. 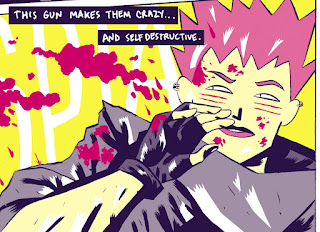 But they’re not cool enough for modern audiences, with their lack of long-term storytelling and continuity. None of it matters. None of it is Important.

Which is a really stupid way to look at these things. They last a lot longer and are far less-dated than the regular comic line. While mega events like Contagion or No Man’s Land are forgotten and swept under the continuity carpet, the Batman: Black and White comics are still as fresh and new as they were back when they were first published.

Maybe that's why DC keep putting them out, even though the original comics always sell like crap. These things can be timeless, and DC can sell them forever. Big things can sometimes still come in small packages.
Posted by Bob Temuka at 7:51 PM