It was somewhere just past the 3d lenticular Walking Dead wall hangings that we got stuck. The crowd had reached a point where there was no room for anybody to move, and we were all stuck at the crossroads between the video gaming hall and the stalls full of replica steampunk weapons.

It was my mate Kyle’s first Armageddon geek convention in Auckland – the biggest nerd event of the year – and he'd travelled all the way from the South Island for a day at the show. It started out as a bunch of trading card and comic book dealers gathering at a racecourse hall in the mid-nineties, and now attracts tens of thousands of happy nerds. The trading card dealers are all long gone, but there are still a few comic stands out there, and that’s why I’m there.

Kyle is there for other things – a chance to get an autograph and photo with a current Doctor Who companion is a ‘no-brainer’, so he’s flown up from down south just for that. The lines for this briefest of interactions is surprisingly fast, and he’s free, so we go to walk the con floor, get about 20m and get hopelessly, helplessly stuck in a sea of geek. 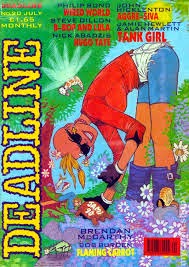 It’s no use moaning about it. I’m still taller than 90 per cent of the crowd, so I can see over their heads and see that the hall has become hopelessly gridlocked. The showgrounds has wide, clear aisles, but there are just too many people, and one hopelessly impractical Silent Hill cos-player getting stranded at a crucial juncture can bring everything grinding to a halt.

So all we can do is wait for a moment to clear, and take more interest in those lenticular wall hangings than they deserve. The only other option for freedom is to start treading all over the seven-year-old in a Captain America costume beside us, and that would not be a good look, so we just help shield the little guy from the flow of the crowd.

Earlier in the day, Kyle and I got into the exhibition space early through the magical power of media passes, so got a chance to scope out all the stands before the day actually started, and now that he’s got his scrawl and pic, he’s happy. We would bolt altogether and go for a quiet beer somewhere, but there is one more stand I want to get back to, because I'm not done with the comics just yet. 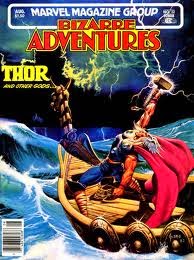 There is a brief surge in the crowd, nothing violent, more a moment of relief, and we get to backtrack down the aisle a bit, but we only get 10 metres before everything grinds to a halt again.

At least we’ve got a different view and, improbably, it’s a comic stand. High end back issues, where 9.8-grade issues of the Claremont/Miller Wolverine #1 and mylered-up issues of early Fantastic Four comics go for hundreds of dollars.

It's good to check out all those gorgeous covers while we're stuck here, but this is not my market – I crave the old stuff, but don’t give a damn about the condition, so I’m more happy buying 20 $1 issues of DC war and horror comics from the 1970s from a different stand, rather than one half-way decent issue of mid-sixties Justice League.

(I always have weird regrets from these kind of things – I see a comic that I desperately want, but it’s just a little too expensive, and then I wish I’d gone back and I regret it forever, and it comes at this booth – that Spider-Man v Super-Man Treasury edition is looking a little ragged for thirty bucks, but I’ve never seen it for less than $50 in this part of the world, and I’ve just about talked myself into getting it, and then there is a gap in the crowd, so we bolt for it, and I leave it behind, and that was two days ago, and I’m still cursing myself as a stupid fucking wanker for passing on it.) 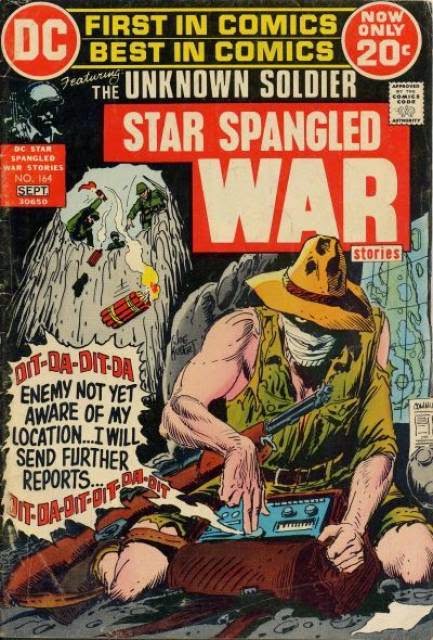 Even without that titanic team-up, I still come back with a small pile of comic goodness, and some fairly inexplicable awfulness

The day before the crush, on a Friday night preview, my American friend Nik somehow convinces me that I should really get all five issues of Trouble, the universally panned romance comic by Mark Millar and Terry & Rachel Dodson, for a whole $2.50, and it's actually an easy sell, because I do still like those creators, and have always been fascinated by the vastly negative reaction to this series.

But it will be a while until I get around to reading it, because there is a whole bunch of other good stuff. Beautiful little oddities like The Joe Kubert School Presents: 1st Folio #1, Charles Vess' The Book Of Night and Buck Godot: Zap Gun For Hire. Crucial gap fillers, including the inevitable 2000ad and Vertigo comics. That small mountain of ratty war and horror comics, and Tom Spurgeon's sweet hardcover book about the Romita family.

And, best of all, the Dharma Punks, the only comic I've ever helped Kickstart, is finally available in a collected edition, and I arrange to pick up my copy at the show, and congratulate Ant Sang on finally getting it out. Trouble can wait, when there are three-hundred pages of kiwi punk comix to devour. 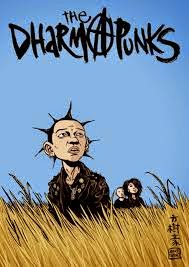 But before I can get to all that, I have to get out of here alive. We get a bit further towards the corner of the hall before we’re stuck again, as we’re hit face-on by a surge of people from a panel starring Richard Dean Anderson, but then we duck down past the dude with the awesome Judge Dredd tee-shirts (I already got three), and we're almost free of the mass.

It could be so easy to freak out in this situation. It’s actually a good vibe. It's like a good concert, where there can be long frustrating lines for refreshments and toilets, but everyone is just stoked to be there, buzzing off their favourite band, just like we're buzzing off our favourite comic, or game, or TV show.
And when we all get stuck, there is no need to panic, especially with so many kids around. Nobody gets really shitty and everybody waits patiently for a gap, even if- Shit! There's some room! Go, go, go! 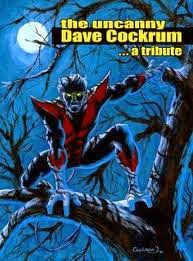 And then we’re free, ducking down a side corridor and coming out near that stand with the weirdest and most wonderful comics available at the show. This is why I'm here.

I'm here for the place where I can get two (2!) Dave Cockrum tribute books, a rare early Knuckles the Malevolent Nun comic, some Milligan/Aparo Batman, the first three issues of Toxic, the last four issues of Marvel's Vampire Tales, random issues of Bizarre Adventures and Savage Tales, a Young Blueberry album and dense issues of Deadline & the Comics Journal – all for less than fifty bucks.

I don't care about the long lines, or the crowd compression, or the sheer weight of nerd that descends on the Auckland showgrounds every year. Not when there is such treasure to be found.
Posted by Bob Temuka at 5:38 PM