They might be superheroes who fuck, but they're still just fucking superheroes


A good friend of mine named Max (not his real name) had a real alcohol problem when he was younger. It cost Max his marriage and his job, and he was a hair's breadth away from falling into homelessness.

But he pulled back from all that, and slowly got his shit together. But when Max tells people he had alcohol issues, they often don't believe him, because he still enjoys a wine with dinner or a beer at the rugby. He doesn't get drunk anymore, but he'll still savour a couple of drinks.

Max's reasoning is that  if he gave up the booze completely, it would still be running his life, even through its absence, and his method of avoiding chronic alcoholism meant he couldn't give it that much power over his life. He's always clear that this doesn't work for everybody – most former alcoholics can't taste a single beer without falling into addiction, but it certainly works for him.

Comparing a terrible issue like alcoholism to superhero comics might be a little trite, but this is (mostly) a blog about comics. Trite is what I'm here for, so I'm going there anyway. 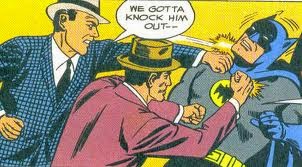 For decades now, I've been reading essays, articles and interviews (and in the past few years, watching videos and listening to podcasts), bemoaning the impact of the superhero genre on the comic medium, convinced that comics would only thrive and grow if everybody stopped reading bloody Spider-Man comics. After all, there were so much good non-superhero comics out there, why couldn't everybody be reading Eightball instead?

The authors of these very serious think-pieces are always at pains to point out that they don't actually read the silly things, (except the odd Morrison comic, but, you know, he's one of the 'good' ones), but that they are all obviously tarnished with infantile power fantasies and deep-seated misogyny, while the treatment of the iconic superheroes' creators also allows them to take a warm and smug position of moral superiority.

I read and listen to these things because they can be both genuinely thoughtful and unintentionally hilarious, sometimes in the same piece, but I don't really ever understand them.

If they really don't like superheroes that much, why the hell do they spend so much time and effort talking about them? 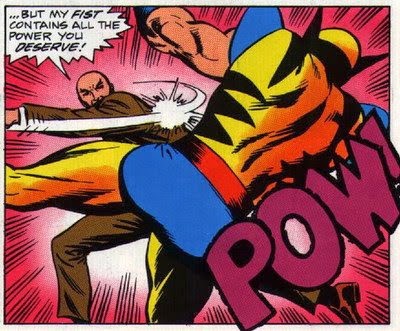 I guess my first issue is that I'm not even remotely interested in defining what a superhero comic is. That just leads to tedious arguments over genre definition – the single most boring discussion you can have about your fiction – and nobody wins those. I still occasionally see long message board discussions or Twitter conversations that spend a lot of time and effort trying to work out if Judge Dredd is a superhero or not, and all I can think is: Who gives a shit? Does it really matter? Judge Dredd is a great comic, who cares what category it goes into?

I can certainly understand the frustration when things like Youngblood sold a million copies, while people ignored the ongoing brilliance of things like Love and Rockets. But I stopped getting upset about the tastes of the general public not matching my own when I was a goddamn teenager, and realised it didn't matter what was #1 on the pop charts, I could just listen to the stuff I liked. And just because I liked it, doesn't mean everybody else has to.

But the main issue, is that once you decide you don;t like something anymore, or grow out of it, or remain eternally baffled by it's popularity, why spend more time dealing with it? Move the fuck on.

I really, really don't like Geoff Johns' interpretation of superheroes, so I don't read Geoff Johns' superhero comics, and that's all okay. He certainly had his fans, and his stories do resonate with many people, so I can stand aside, and move on.

In fact, I'm genuinely not interested in 95% of the superhero comics published every month – the vast majority are tedious, unimaginative and bland. And it's incredibly easy to skip past them and zoom in on the stuff I really want. 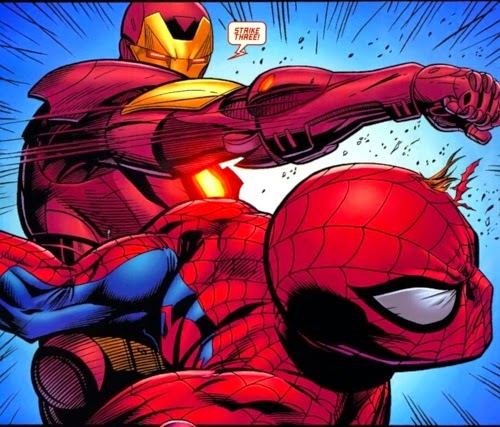 Because I do still like a smart, stylish superhero comics, and there is still that 5% of the good stuff.  Sometimes it shows up in the strangest of places, and sometimes it appears from the most trusted of creators, but there are still some wonderful superhero comics out there.

And I love the good stuff, because I love the ideal of the super-hero. I know the actual comics can be horrible, but their foundation on fairness and justice and compassion is timeless.

You can rail against them all you want, but those kind of ideals never die, no matter how bad an individual comic can get.

It's only going to get worse, as superheroes seep further into all aspects of modern culture. Cinema and television can now do big epic superheroic shit without resorting to making it jokey, and some of the biggest movies of the current age feature men in tights. (Or kevlar, or rubber, or whatever the hell they use now.)

But don't worry about it. That's Max's point – a pint of cold cider on a warm summer's day is just refreshing, nothing more. He doesn't sit there making a point of avoiding past temptations, he just ignores them and gets on with his life.

Again, that's not for everybody, and I have other friends who I am super glad they will never drink again, but if it works for somebody in a big, life-changing event like alcoholism, it can work in the silly world of comics.
Posted by Bob Temuka at 10:42 PM

Mr. Temuka, as an admirer of your writing on comics, and speaking respectfully, the suggestion that the underlying foundation of a superhero comic -- particularly the type regularly published by Marvel and (especially!) DC -- is (or, perhaps more controversially, ever was) an ethical one, based on notions such as "fairness and justice and compassion", is naïve to a truly astounding degree.

To put it as briefly as possible, the values that orient such power fantasies correspond, at best, to a very young child's understanding of "fairness and justice and compassion"; more often, what one finds therein (always tacitly, of course) is cruelty, unfairness, sexism, the glorification of violence and crypto-fascism. And this is speaking from the height of my privilege as a white male (and, for better or worse, lifelong comic book fan).

I understand this is probably not the proper space for a discussion of this magnitude, and shall rant no more; still, I urge you -- a man of great intelligence -- to probe a little more critically into the rotten core of our four-color "heroes" (whom I enthusiastically dressed as for the entirety of my childhood, of course).

Any disagreements aside, thank you for the always excellent and thought-provoking pieces!

Always nice to find a fellow reader of the Northwest Comix Collective.

Aw jeez, Asterion. Other opinions are available, but looking at superheroes in that vein requires a miserable cynicism that I just can't manage, and if I could, I don't think I'd even bother thinking about superheroes at all.

I don't believe in much, but I do believe in fairness, justice and compassion, and I do find those themes in the best superhero comics, and that's why I still bother. If you judge any genre by its worst, nothing will ever satisfy ideological demands, and if you're convinced the entire concept is rotten to the core, then you're coming from a perspective I just can't see.

I'd also like to point out that you can still love and hate them to an equal degree. I get all emotional when Superman is smart and clever, but I also love seeing Marshall Law slaughter a bunch of super-scum. You can have your cake and eat it too.