I turn 40 early next year, and I'm going to try and ignore the eternal wail of mortality by spending part of the big day driving around Jeff Lester's favourite Portland comic shops.

I also take comfort in the fact that while I am now officially an old fuck, the world is a very, very different place from what it was 40 years ago, and I see it most obviously in five comics that came out the year I was born. 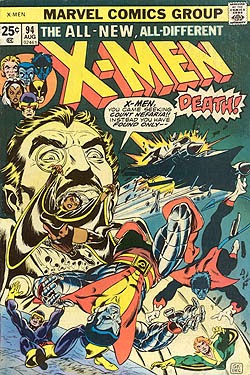 I’m not sure if this makes me feel better or not, but it is somewhat startling to realize that the huge success of the X-Men title, including all of Chris Claremont’s monumental run and the past 20 years of hits and misses, has only happened in my lifetime.

It’s fascinating to go back and look at these early Claremont/Cockrum issues now, and see how they are slightly above-average superhero comics of the time, but now tempered by the knowledge that these silly little comics are laying the foundation for something that will change superhero comics forever.

Throwaway lines spawn huge, sprawling, decades-long stories, and there is a palpable sense of the creators throwing everything into the mix, just waiting to see what sticks – the latest Sentinels upgrade, or the dopey Ani-Men, or the Shi'ar craziness, or the weird demons that live down the back of Professor Xavier's garden, or those freaking leprechauns.

This is where it all starts, and it's still got a lot of evolution to come, and it's there right through my life – Death of Phoenix at age six, rabid fanaticism as a teenager, active disinterest coming and going as an adult. Like it or not, I've been molded by the X-Men. 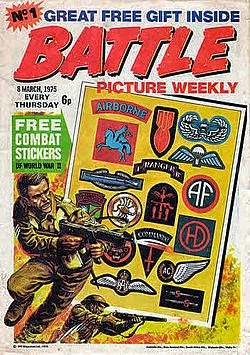 Across the Atlantic, Battle was a sister comic to 2000ad, focusing on war instead of science fiction, and published a couple of years before the Galaxy’s Greatest Comic premiered. Even though both comics shared a lot of the same creators, Battle never really reached the same level of quality as 2000ad, with frequent filler stories that were never more than average in art and story. It still lasted more than a decade, but eventually choked on silly juvenile bullshit.

But it was also an important bridge between the awfulness of earlier British war comics, with painfully simplistic stories with one-dimensional characters and bland, boring art, transforming into something new.

There was still a lot of ‘Achtung! Britisher scum!’ going on in Battle, especially in the earliest issues, but it also wasn't afraid to show the horrors of war, with strips like Charley's War and Johnny Red focusing on flawed heroes, caught up in massive, world-changing events, and the horrors they inevitably bring.

Creators like Pat Mills and John Wagner pushed the war comic into new depths, and take those lessons on to comics like Judge Dredd and Nemesis The Warlock, and Battle remains a crucial step in that growth. 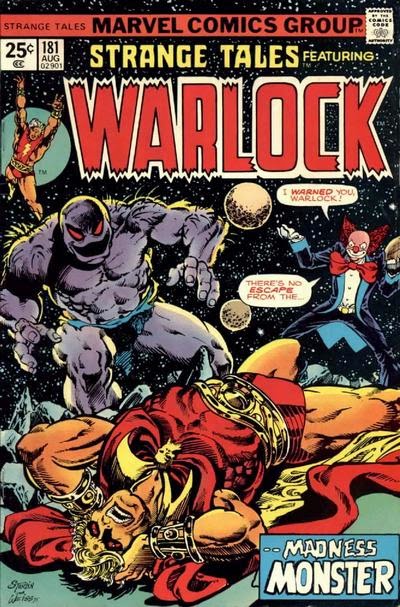 Some Marvel Comics went pleasantly strange in the 1970s, and writers dropped acid to experience new perspectives, and tried to get their trippy revelations down in four-colour glory.

A lot of those comics are almost unreadable now, as some of the basics of comic storytelling, essential for any kind of reading comprehension, slipped by, but others are timelessly and wonderfully fucked up.

I came to Jim Starlin’s Warlock comics at a very young age, only a couple of years after they were published, and they seriously scared the piss out of me, because they just didn’t make any sense.

And of all the Starlin comics of that era, this one, with the piles of dead clowns buried in trash and diamonds, was the freakiest. It was the sheer pointlessness of the surreal horror that stuck, and still sticks with me.

It might have taken me a while to catch up, but things got fucking weird in the mid-seventies, and who would want it any other way? 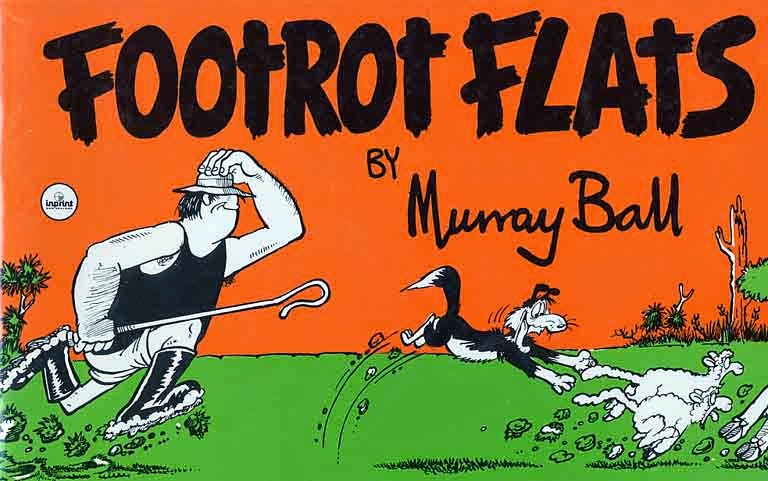 For many comic strip fans, Peanuts is generally regarded as the pinnacle of the form. Unless you live in New Zealand, where it was always, always Footrot Flats.

Life down on the farm could be harsh and cruel, but it could also be human and funny, and Footrot Flats captured that contrast perfectly. It first started appearing in 1975, but soon became a hugely popular and incredibly funny fixture in almost every newspaper in the country, and spawned a surprisingly dark – and still faithful – cartoon feature in the late eighties.

For 20 years, the story of the Dog, Wal, Cooch, Cheeky, Rangi, Aunt Dolly & her beloved Prince Charles, Pongo and the unmovable Horse the cat ruled New Zealand’s funny pages, and a full shit-ton of collected books were sold every year (and still smell like Christmas to me).

Nothing has spoken to so many Kiwis at the same time, and it's highly likely nothing ever will again – many NZ newspapers don't carry any real comic strips at all, (although some are still reprinting Footrot Flats, 20 years after they're gone).

But for two glorious decades, everyone was happy to visit the farm. It's the one comic my Nana and I could love equally, and it's still a wonderful cultural touchstone that is still funny as hell. 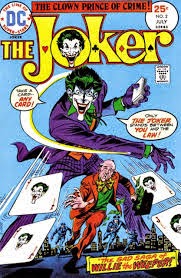 The short-lived comic starring the Clown Prince of Crime is another comic I came to at a very young age – and Joker #2 is actually one of the very first individual stories I ever remember reading.

In fact, it’s irrevocably tied in to one of my first existential dilemmas, because I still have a vivid memory of sitting in my bed at six in the morning somewhere in the late seventies, reading this comic, when my Dad left for work, and I just couldn’t understand why he had to go away every day, and the misery of being separated, even if only for a few hours, was everything, and all I could do was read this comic to help me feel better.

And I’m still doing that today – escaping into these strange and wonderful worlds of comics when it all gets a bit too much. I might be nearly 40, but there is still some part of me that is that confused little kid in the 1970s, reading a Joker comic to keep the fears – and tears - away. 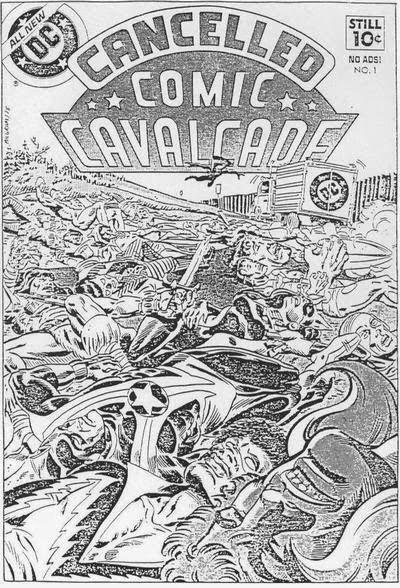 NOTE: This list was originally created for Tom Spurgeon's fabulous Five For Friday feature at The Comics Reporter. Please go and make your own list for Tom when he asks for them, I keep forgetting because it's Saturday here when it happens and I'm never on my bloody computer then.
Posted by Bob Temuka at 10:00 PM