Censorship can really fuck you up


As long as there has been art, there have been people wanting to cover it up and keep it quiet.

Censorship exists in that brutal space where individual artistic freedom slams into the blunt wall of society's moral code – it was there when ancient Christians hacked the cocks off Roman statues, and again and again in the past century - when William Gaines failed to explain why a severed head was in good taste, when the UK Government lost its shit over video nasties in the early 1980s, and when US artist Mike Diana's comics were deemed so gross he was actually legally forbidden to draw anything.

The crusaders for good taste stake their claim on the moral high ground, and don't even understand why there is resistance to their meddling and editing. But they're also hilarious in their piousness, especially when all their efforts don't mean shit, because censorship never really works. And sometimes it just makes things worse. 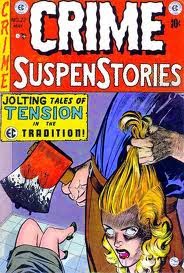 I know where I stand on the argument: artistic freedom is paramount, and no matter how disturbing or offensive things get, I always know one simple rule – and it's one that 95% of people figure out while they're still kids – it's not real. It's okay, it's just fiction.

There are writers and comedians and other know-it-alls that are deliberately provocative, trying as hard as they can to be offensive, and my little punk heart thrills to see them trying to get a reaction, and while it's also so terribly adolescent, I don't think you can ever shut them up. After all, how will you ever learn what people really think if you don't let them speak?

I'll always stand up for the little guy. I proudly get the Comic Book Legal Defence Fund annual issue every year, even if fully half the stories are always painfully, painfully earnest. After all, I have a fascination with intense fiction – the kind of stories that go all the way, and then some – and that leads to regular frowning and muttering, and even to outright cutting or banning, if enough people get their knickers in a twist. 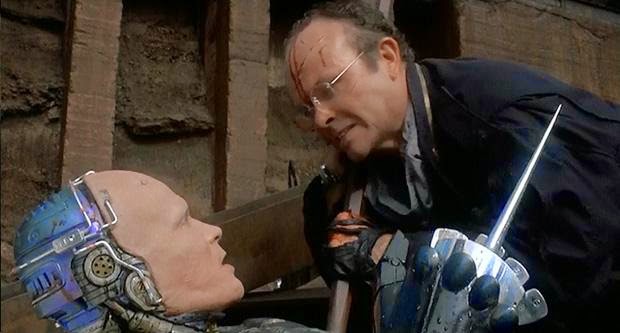 It doesn't work. I remember watching Robocop on TV, somewhere in the early nineties, and after they cut all the swearing and violence out, it just made it all more noticeable in its absence, especially when the cuts took out key parts of the plot. It was laughable, especially when they would dub over horrid swear words, and mother fuckers would become melon farmers.

Censorship invariably brings attention on the thing it's trying to suppress – I would never have heard of Mike Diana if his artistic rights hadn't been trampled upon. In a typically brilliant episode of Father Ted, an attempt to say 'down with this sort of thing' makes a dodgy filim all the more enticing, because nothing makes people want to see something more than somebody else standing in the way, saying they really shouldn't. 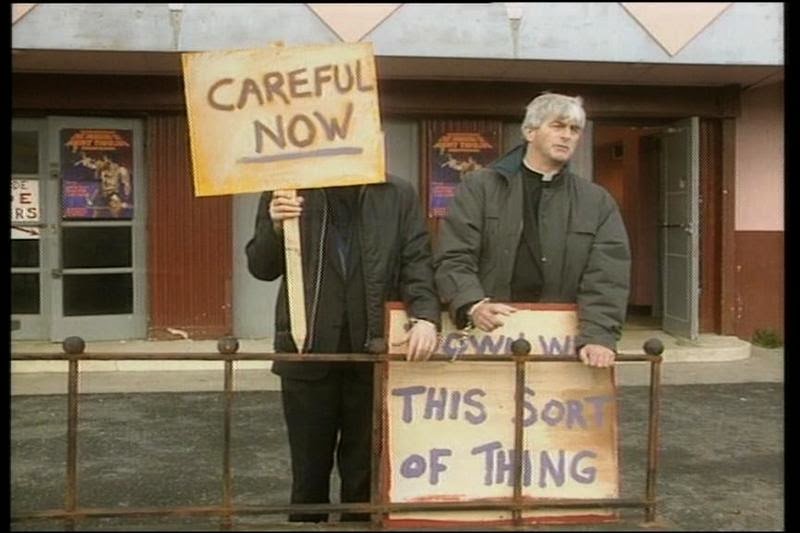 The worst case of censorship I ever saw, (and its hilariously awful consequences,) was a few years ago when the lovely wife and I were in Egypt. It was the hottest part of the day, and everyone was getting in out of the sun, and we were chilling in our hotel room, with the air conditioner on maximum.

One of the few English language stations was playing old movies, and Billy Wilder's marvellous The Seven Year Itch came on, and it was just the thing for the long wait for the shadows to lengthen: a witty, clever story of life in the big city.

It's a terrific film, with one of Marilyn Monroe's greatest performances. And it's a stifling, claustrophobic and muggy film, set in the confining skyscrapers of New York in the middle of a stinking hot summer, with all sorts of temptations to let off a little steam.

It all famously reaches a head in Marilyn's scene with the subway wind blowing up her dress, and it's not just a gloriously iconic moment in cinema, it's a real moment of release of all the frustrations of the film, finally giving it some room to breathe. While watching the film in my tiny Cairo hotel room, I knew that scene was coming, and craved that breathing space in provided in the story.

And then they cut it right out. 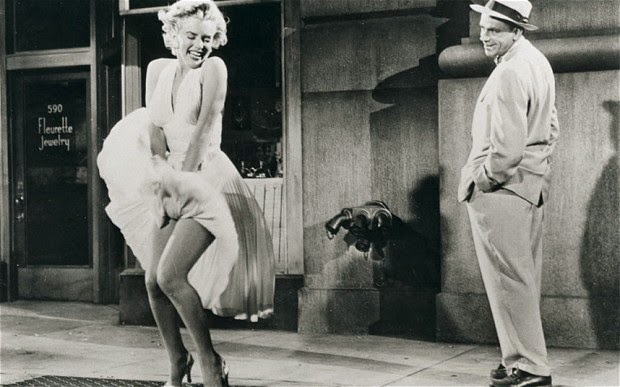 The Egyptian TV that we got to see had no problem with a bit of the old ultra-violence, but physical intimacy was right out. No holding hands, no embracing, and definitely no kissing, even in something that was more than half a century old.

And definitely no Marilyn Monroe enjoying herself.

It was easy to see the cut, and you could even understand the motives of the censors (without ever having to actually condone it). But it threw the whole movie out of balance – without this moment of pleasure, the film was just stuffy and hot, and massively unsatisfying. Without any contrast or release, there was almost no point to the whole film any more.

In trying to keep minds uncorrupted, they left them frustrated, which doesn't work out for anybody. 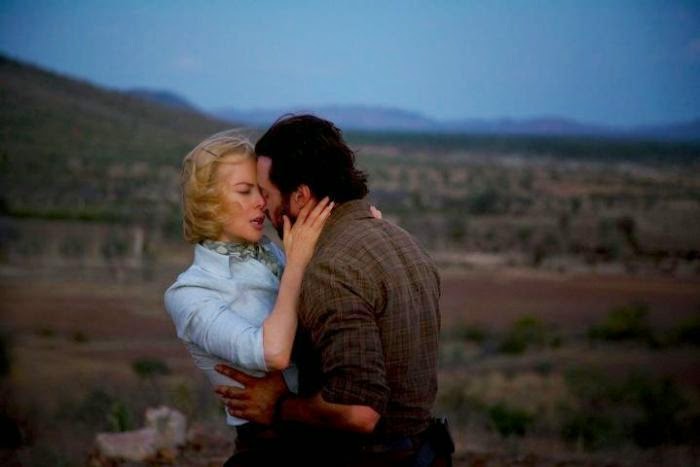 And then! On the flight home, the lovely wife was watching that awful Australia film, starring Huge Jackman and Nikki Kidman, and she was really into it, because that's the sort of thing she's into, and it was all leading up to the moment when the rugged man and determined woman finally embrace and...

They cut out the kiss, because we were on an Emirates flight, and they didn't want to corrupt us with images of face-locking, and the lovely wife almost punched the screen in emotional frustration.

She said it was the biggest tease ever, with no reward. A harmless little romance movie becomes something deeply frustrating. 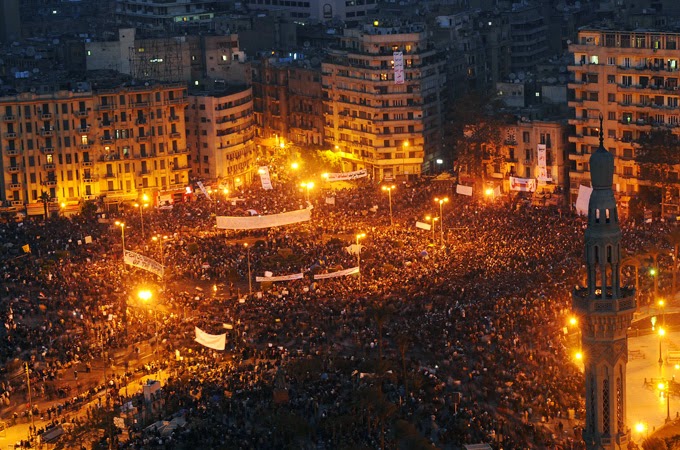 A year after we left Egypt there was a revolution against the government. I'm not saying a national government was overthrown because of an oppressive approach to entertainment that denies any kind of real release or relief from the stress of modern life, but it probably didn't help. 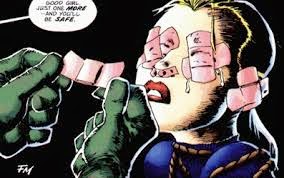 We all need our entertainments to get through this slog of a life, and any film that is thrown out of careful balance can become incoherent, or actively subvert the actual message of the movie.

That's why you can't trust people who try and stop you experiencing your kind of art, especially when they're telling you it's for your own good. Because that kind of closed mindedness isn't good for fucking anybody.
Posted by Bob Temuka at 7:11 PM