I kept putting off reading the final issues of Hellblazer. I didn't want it to be over – it was only 300 issues old.

The last few years of Hellblazer were surprisingly strong, certainly the best thing that Peter Milligan has done in the past few years, as Milligan's ageing working class dandy aesthetic found a suitable outlet in this cranky old character named John Constantine.

I've always had a deep fondness for John Constantine, ever since I first saw him mentioned in a Teen Titans comic, and the Hellblazer was a powerful gateway drug, taking me by the scruff of the neck and dragging me away from juvenile superhero comics and into a weird and wild world of adult comics. 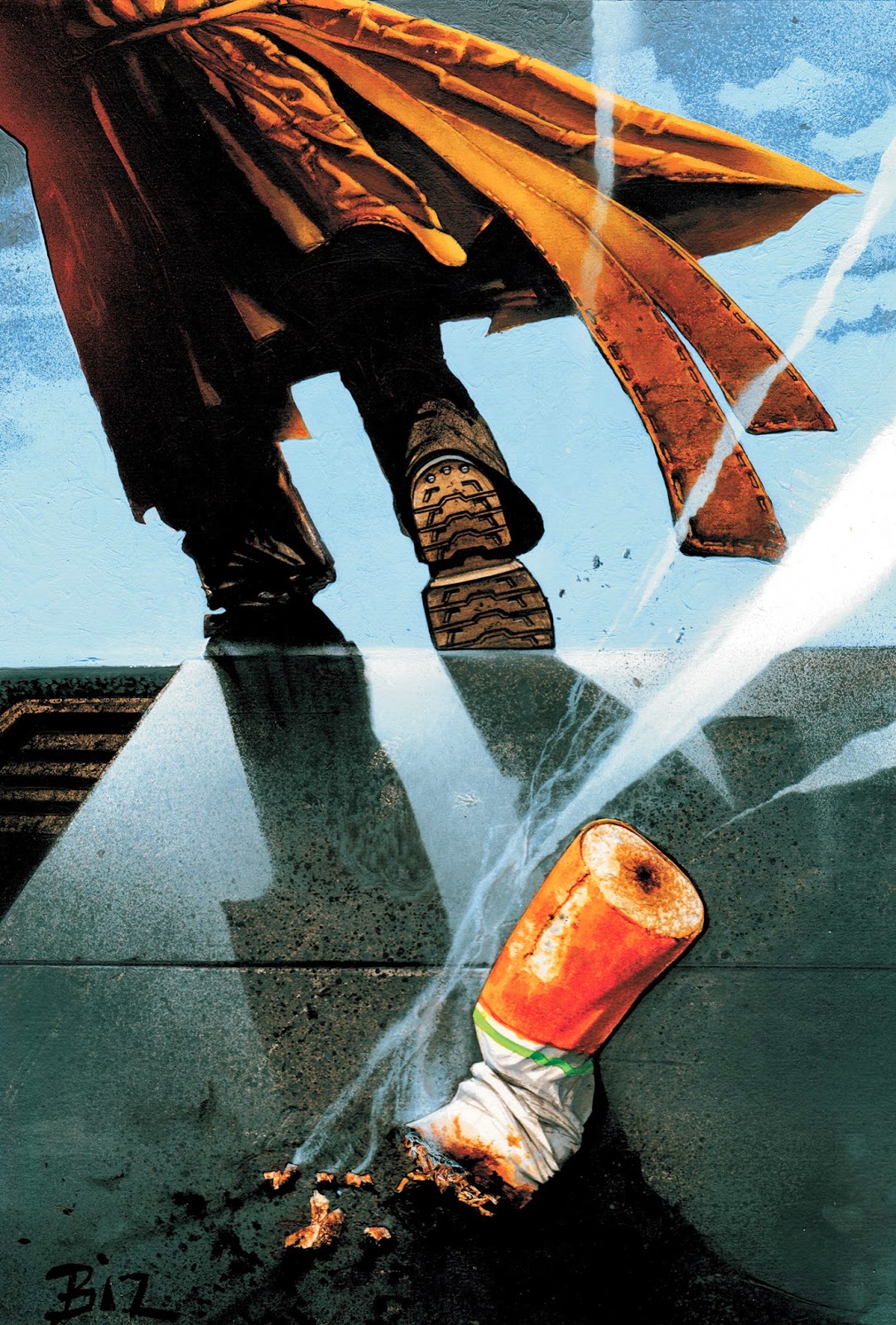 I came to Hellblazer halfway through the Ennis run, and I was 19, and that was the perfect time for a bit of nihilistic magik fun, and I snapped up every issue of the comic I could find. There was no comic shop anywhere near me, so I would drive hundreds of kilometres to catch up on issues because I loved the weird twists, the sharp art and the gross horror. And I friggin' loved John Constantine.

The Trickster figure is always charming – that's always his best trick – but Constantine has always been a bit more than that. He's some relief from the ponderous worlds of demons and wizards, always ready to bring the arrogant down to size, always ready with a cheap line.

He came from a world of punk and low class, and that just made him more attractive as a character. He usually tried to do the right thing, and sometimes he was a right bloody coward, but he almost always won his games. He just always had to pay a high price.

I really do think John Constantine is the best corporate-owned fictional comic character created in the past 30 years – (oh shit, is it more than 30 years now?) - and that gave Hellblazer the strength to survive long enough to become DC's highest numbered title. It was only 300 issues old, but I guess that's still a lot of comics. 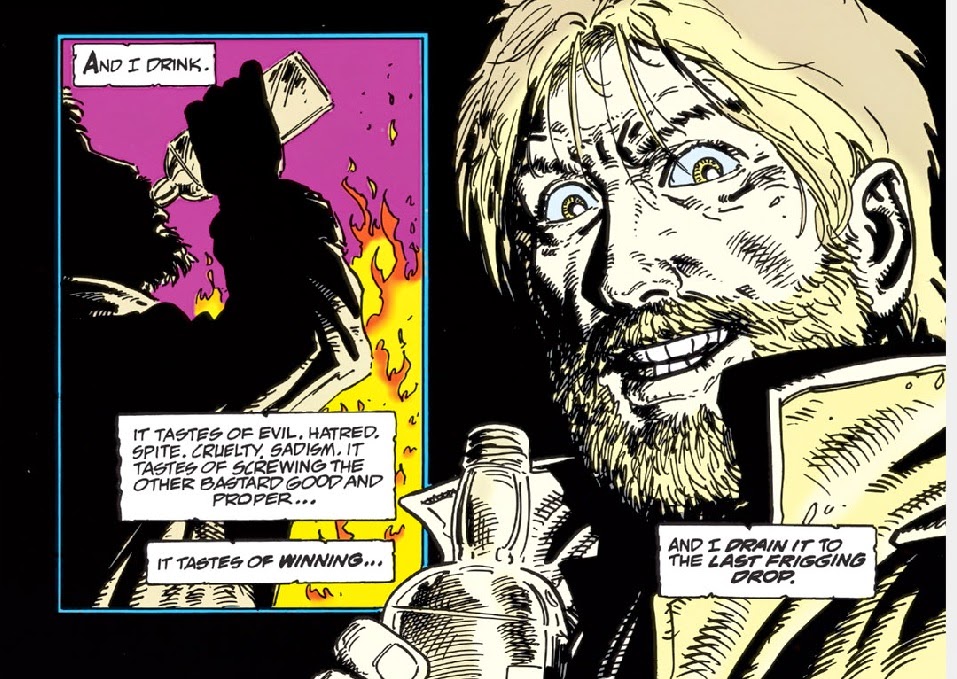 I drifted in and out of Hellblazer here and there over the past two decades, and I really didn't like some runs – Carey's stuff never really connects with me; and loved some others – Ellis' few issues were perfect blend of author and character, until he found that a book that should be able to do anything actually had some limitations after all.

Milligan wrote the comic for the last few years of the title, and with the capable help of artists like Giuseppe Camuncoli and The Biz, put a bit more fire in the belly of this late middle-aged character. The world might be getting younger, but Constantine was still cool.

The reinvigoration of the character got a bit bloody blatant when Constantine married a far, far younger woman, but Epiphany was a joy, happily revelling in the cliché of the younger woman with the much older man, and she was never a dull damsel in distress – she could take care of herself, and stand up to her husband's worst tenancies.

It was still razor sharp stuff, right up to the final issues, and it wasn't that much of a surprise when it was announced that it was coming to an end. It was a shame, but no shock. 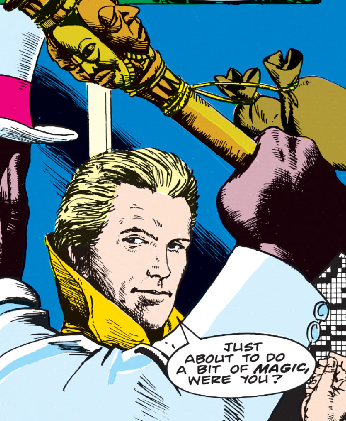 It ended on a curiously tired note, with Constantine giving in to fatalism. He's still so sharp he can see his own cancellation coming, and there is nothing to be done. In the story, he can't ignore all the signs that he is going to die – for real this time - and he barely puts any effort into cheating his way out of this one. Beating the devil is easy enough, but nobody in his universe can beat the Time-Warner accounting department.

I also found it curiously melancholic, because this was the last link to a long-gone continuity - this is the same character who was bombing around with Swamp Thing in the 1980s, and while he has had little to do with superfolk for decades, this just means that Constantine avoided all the reality reboots that have twisted the DC Universe into something barely recognisable.

But all that's over now. Constantine is back in the 'proper' DC Universe, doing his thing with the usual cynical smirk.

And they're just awful comics, bereft of imagination and style. I still like John Constantine, but now that he's been roped back into the endless cycle of fight-death-rebirth-fight that is the modern DC Universe, I can't read his comics at all.

The ironic thing is that like the recent revamp of Lobo, the new version of Constantine is actually more like the original version of the character - John started out messing around with super conflicts, which is how he ended up in Teen Titans comics - but like the new Lobo, it ignores the fact that this is a surprisingly versitile character because it's broken out of that original template.

Even this could be all right if the Constantine comics now being published weren't as bland as any of DC's regular titles. The same scratchy detailing as every other comic, the same bright, boring colour scheme.

And the same lack of imagination, as Constatine throws around verbal curses and shots energy beams from his fingers.There is nothing new or exciting here. He's just wearing new gloves. 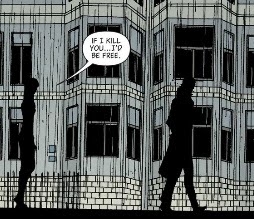 I finally read the last few issues of Milligan's run this week. I really didn't want it to be over, but all things must pass.

There is a nice joke, in that it could be interpreted that Constantine's final trick in the final pages of the final issues mean his newly-revealed nephew is going to inherit the name and continuity, that Constantine has defeated cancellation by taking himself out of the story altogether, leaving the young pretender in his place.

But that's stretching things, and even if it's true, it's a grim joke, because the new version is just a pale imitation. I can let Hellblazer go, and it's proving terribly easy to let Constantine go as well.
Posted by Bob Temuka at 9:57 PM