I read comic books before I could read, but any ambitions I had of being an actual artist died years ago, at a very young age. I was only seven, so I'd only been at school a couple of years, and I could draw a mean stick figure, but I swiftly discovered any attempts to go beyond that were total failures.

I kept drawing, because that's something that little kids do, and I was a particular fan of scrawling out these weird, massively complicated battle scenes involving crashing aircraft and rope bridges over rocky chasms. I could also draw a pretty wicked TIE fighter.

But there was no illusions of talent. The figures I crammed into those battle scenes were weird blooby things that looked more like Slimer from Ghostbusters than actual people, and I could never draw that TIE fighter at any angle other than straight or side-on. 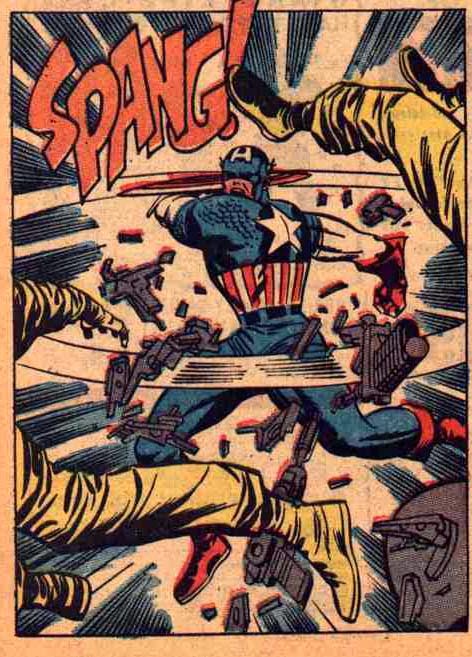 Even as a dumb little kid, I could see how clumsy my efforts were- lines don't go where I bloody well wanted them to, things never connected with any life and it was just horribly amateurish drivel.

It was painful, and I desperately tried to bring my pictures to life, but the line was never quite in the correct place, and I could never get the goddamn noses right, and it was frustrating as hell, and an awfully young time to realise that you might actually never be all that good at some things.

Getting together the right words was always easier, you can say almost anything with words. But you can do even more with words and pictures and I was crippled with a lack of any artistic talent.

So as a life-long comic reader, I remain in awe of anybody who can pull images together to tell a story. That still doesn't stop me being a judgemental prick about it. 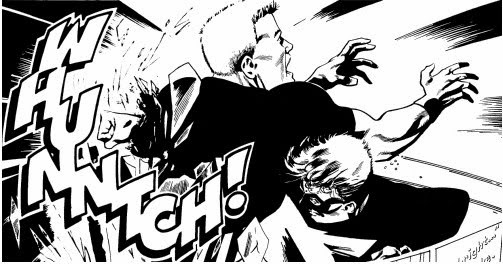 Art appreciation is always subjective, but as long as you know what you like, and why you like it, then you're never wrong.

In terms of comic book art, my tastes have rarely changed, and I've always liked artists that can draw a good punch. My tastes are simple enough to easily define, but broad enough to take in all sorts. Above all, I like simple, smooth lines, artists like Jaime Hernandez, Steve Yeowell and Alan Davis, whose work always has a luscious fullness and depth, creating the slickest of slick art.

I’m in love with that silky clean line, and can never ever get enough of it. I've always loved art that uses it, and I always will.

But the wonderful thing about this vast and strange medium of comics is that there is a bewildering variety of styles and  techniques, an infinite canvas of possibility as artist after artist after artist refines their style and work, and create something out of nothing. 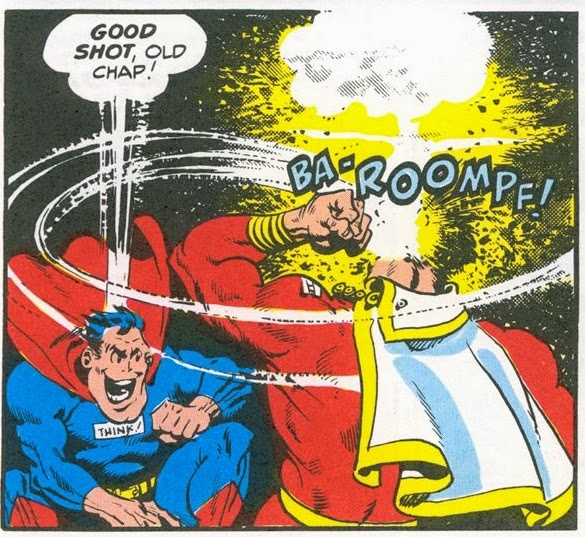 And I like a lot of them, and while the smoothest art – which also includes artists like Will Eisner, Jim Aparo, Amanda Conner, Alex Toth, Adam Hughes, Mark Buckingham and Darwyn Cooke - is the tastiest, I adore all sorts.

I love the bright grotesque deformations of Kevin O’Neill, Walt Simonson, Peter Bagge and Mike McMahon, and I love the world-outside-your-window realism of Bryan Hitch, Neal Adams and Alex Ross.

I love the round faces of a John Byrne, Carmine Infantino, Colleen Doran, Keith Giffen or Jim Lee character, and I love the deep and heavy blacks that seep off the page in Frank Miller and Mike Mignola’s work. 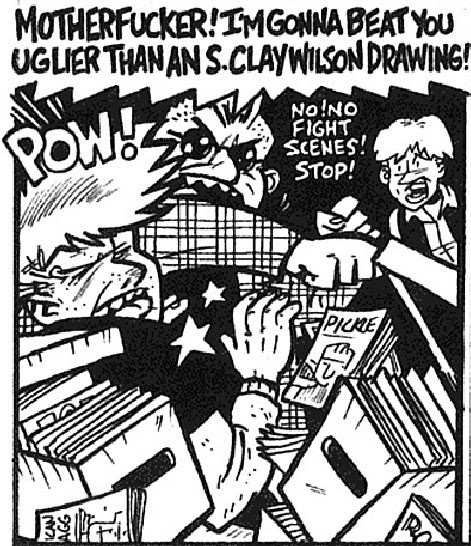 I love the stiff, precise and exact constraints of Steve Ditko, Curt Swan and Geoff Darrow, and I love the fierce experimentation of a Bill Sienkiewicz or Jim Steranko or Dave McKean or Moebius or David Mazzucchelli,

I love the rock-solid professionalism that doesn't leave a line out of place that you see in Gil Kane, Jeff Smith, Ramona Fradon, Michael Allred, Osamu Tezuka, Steve Dillon and John Buscema's work, and I love the simple, clear nightmares that exist just beneath the surface of an Alison Bechdel, Dan Clowes, Dave Sim, Chris Ware or Charles Burns page. 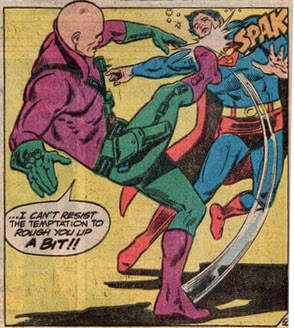 I can even appreciate artists that aren't to my tastes, as long as they have that distinctive and consistent style. I might not always like the way their line moves, but I can always acknowledge the effort, and appreciate that other people might dig it.

What I can't abide is anonymous, dull art. A painful amount of monthly comic books are saddled with tenth-generation Jim Lee clones, pages of over-rendered nonsense, dubious colouring effects used to try and hide deficiancies in anatomy and panel-to-panel progression.

If your work doesn't stand out, if your art doesn't represent a specific point of view on this overcrowded Earth, then why bother? My artistic skills have still not progressed far beyond the odd stick figure, but I still feel qualified enough to recognise the shit, and avoid it as much as possible.

I never stopped trying to draw, even with a singular lack of talent. I still took art classes well into High School, and I still sit there today, doodling away in my notebook during important meetings at work. It never turns out right. I can't make the pictures do what I want.

And I still can't get the noses right, but it's always fun to try.
Posted by Bob Temuka at 11:34 PM