A little bit of poverty can be good for the soul. It helps you realise what is important in life. What really matters. What you can live without.

Poverty sucks. I've been there – I was a minimum wage kid whose first job was in a fat factory, and when I first left home, my weekly food budget was a mighty $17 a week. And I know there is always the chance I'll be there again. It's not something I particularly want, but it's something I know I can deal with.

After all, money isn't everything. It's not as important as love, or fun, or ethics, or comic books.

Which is why there will never, ever be any advertising on the walls of the Tearoom of Despair, and why every offer to actually make some money from this bullshit is politely declined. 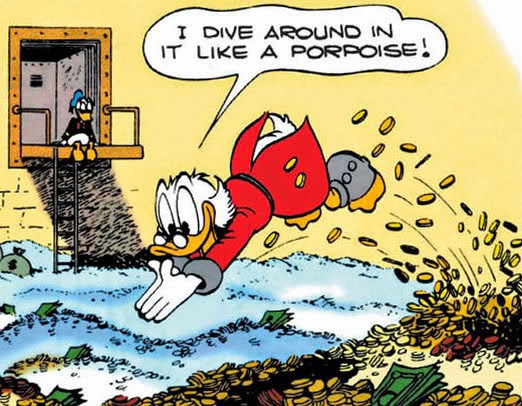 I work as a news editor for New Zealand's biggest newspaper, and I fucking love my job. I'm an addict for breaking news, and I couldn't be in a better position to get that fix. I even manage to convince myself that it's a serious and important job, but all I really know is that I'm good at it, and I enjoy it, every single day.

I've been offered writing work for various websites since this blog started, and the pay – if any - is minimal, so it was no big deal to politely turn down the opportunity. But earlier this week, after writing a blatant love letter to Deadwood, I got an offer to write a semi-regular entertainment column for the paper's website about movies and TV and all that shit, and I'd actually get paid for it.

I was deeply, deeply flattered, but I still turned it down.

It was the right thing to do, but I still felt bloody weird about it. It seemed the kind of thing I would have killed for a decade ago, or even five years ago. Getting paid to watch film and TV and write about them and win friends and influence people? Isn't that the goal of all? To make a living out of it? 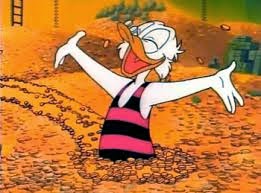 There's no such thing as money for nothing. There are responsibilities and obligations and deadlines that come with getting paid to do something. This is that work ethic that I grew up with, and one worth living by.

I genuinely enjoy writing about the entertainments I love, and I genuinely don't want to make any money out of it. In my day job, I write lots and lots of short, sharp news pieces, and this blog is where I get to use loads of adjectives and rave about BPRD comics or the lovely wife or anything I bloody well want.

I have been an entertainment reporter, and mixing work and play really didn't work for me. I stopped doing regular film reviews years ago, even though I've had plenty of opportunities since, because it was ruining the movie experience. It was great to get into loads of free films, but you'd spend half the time trying to think of a good intro for the review, and the rest of time trying to remember the little details.

I'd rather pay to see a movie, and enjoy it as as experience, without worrying about what I'm going to say about it. Unless I really, really like it. Or really, really loathe it. And that's what this blog is for. This is where I get all that stuff out of my system.

And this is where I'm not obliged to do anything I don't want to, and that's worth far more to me than cash. 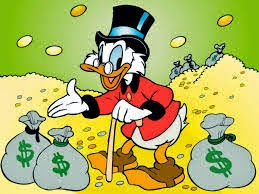 This is not to devalue the fine work that many full-time entertainment writers do, and I do feel bad when I do things like that Deadwood piece for free, and undercut their livelihood. It's a tough fuckin' gig – the entertainment reporters at my paper put in some damn long hours and produce a mountain of copy, and they're worth every cent. You need a lot more motivation than the odd free film or CD to do that.

And it's even harder for the freelancers, who are constantly looking for new work, and always taking on a bit more than they should, just in case. And then have to worry about taxes and insurance and all that crap. 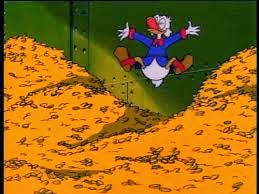 A while back I read about a lecture about internet writing, where the guy doing the presentation asked how many people wrote stuff for free, and how they were all mugs who were being taking advantage of, because you should only write things that were financially viable, otherwise there was no point. And there didn't seem to be an option for doing it just because you fucking enjoy writing.

It's always heartening when an artist does take some kind of stand. Adam Yauch's last wish was that his wonderful beats wouldn't be used to sell shit, and Alan Moore turns down tens of thousands of dollars in easy movie money on purely ethical grounds, and it's always, always funny when people make fun of Moore for it, because they just can't even grasp the idea that money isn't the most important thing in life. 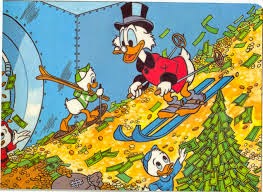 It's easy for me to say all this right now – I'm part of a double-income couple with no kids, and we live in an okay flat in a really nice part of town. I can turn down opportunities and write for free because I can afford to. But shit, as long as I've got enough money for my weekly 2000ad fix, I'm pretty happy.

I do hoard comic books in the anticipation that one day I won't be able to afford new ones, but even that day might never come. Back when my food budget was $17 a week, my comic book budget was twenty. There was always room for new comics.

But for now, I live in the great paradox – my smug financial viability supports my punk tendencies to just get out there and fucking write something. And that's not that bad a paradox to suffer, and one I'm not willing to upset.
Posted by Bob Temuka at 5:06 PM

i've got ads all over my blog (http://cobyscomics.blogspot.com), but maybe i should get rid of them as a moral thing, too. afterall, i'm not making any money from them, and i suspect they just annoy visitors. maybe if i ever get enough regular visitors to make some real money i could put them back up. but then, by that point, those regular visitors might be so used to not seeing ads that they'd be disheartened by the idea of my "selling out". i dunno. but you provided some good food for thought, so thanks for that!

BTW, the pics of Scrooge McDuck made me chuckle b/c they reminded me of the hilarious episode of Teen Titans Go: http://teen-titans-go.wikia.com/wiki/Missing

I'm not judging anybody else for using advertising, Coby. It's only logical to try and get something out of your efforts - that's not selling out, it's just sensible.

I'm just not that sensible.