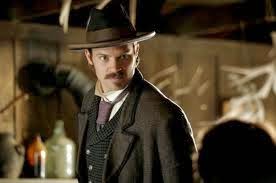 Deadwood first appeared on American television screens in March 2004, a full decade ago. It only lasted three short seasons, but still walks tall as one of the great TV shows of the 21st century.

Created by David Milch and produced by US television network HBO, Deadwood told the story of a mining camp at the centre of the Black Hills gold rush in the late 1800s, and its transformation into a genuine town. It blended fact and fiction - Wild Bill Hickock really did meet his end at Tom Nuttall's No. 10 saloon, but Alma Garret was pure invention - to tell the story of the men and women who spurred that transformation.

It's as smart, intense and stylish as any other great programme of the past decade, but it was also unique, coming with a large amount of theatricality, some lyrically profane dialogue and a surprising amount of optimism. While it may have been muddier and bloodier than most US shows, Deadwood also had a lot more hope for the future of America, and for humanity in general. 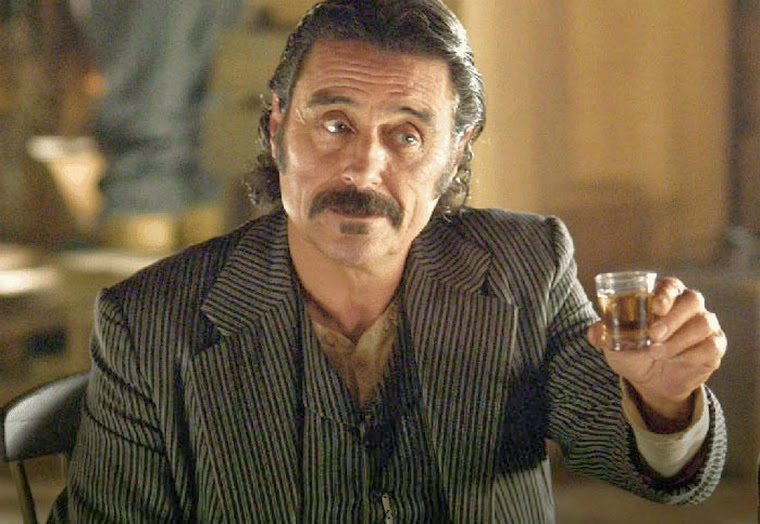 Breaking Bad was about the death of the American economic dream, The Wire creator David Simon freely admits that his series was about the destruction of an American city, and Tony Soprano laments in the very first episode of The Sopranos that "things ain't what they used to be".

In contrast, Deadwood is all about the creation of a civilisation, and the shaping of that American dream. Set in the midst of the industrial revolution, Deadwood features a group of wildly individualistic characters who somehow come together to form a town, often against their better interests, and often quite baffled by their instinct to group together.

Deadwood becomes a place where living legends like Wild Bill strikes up instant friendships with Seth Bullock, or where grotesques like EB Farnum and Steve the Drunk find common ground with sneering scoundrels like Al Swearengen, or noble souls like Charlie Utter. 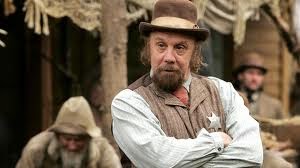 They're rugged men and women who instinctively drift towards a lawless territory, and establish a place for themselves there. There are plenty of knives at throats, and imagined slights that turn into real homicides, and outright tragedy, but by the time an old-world monster like George Hearst rolls into town, they're standing together against him, determined not to resort to a violent confrontation they could never win.

(The fact that it's old world monsters like Hearst that inevitably win the war, and end up influencing the whole direction of the 20th century, lends a melancholic air to citizens of Deadwood's struggle against him, but also accentuates their indomitable fighting spirit.) 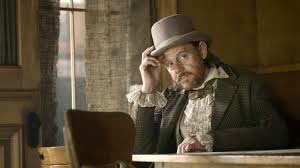 Deadwood's transition from an anarchic mining camp to a proper town is a confusing and complicated process, and there is still a lot of violence to be done before it can happen - the series ends with Swearengen on his knees, washing the blood stains of a murdered innocent out of his floorboards and wishing he could think of something pretty to say - but an order is established over those 36 episodes, and a town rises from the mud and chaos of nature.

Some of the characters that spark this creation are downright horrible, and nihilism is everywhere - Doc Cochran's faith in existence is shattered on the battlefields of the Civil War; but there is also hope - Cochran finds some small joy in helping the helpless. Several main characters, including Calamity Jane and the various dope fiends, give in to intoxicants, but Jane also rolls up her sleeves and helps out during a deadly smallpox outbreak.

The town grows in the three seasons of Deadwood, and the people who live there grow too, and there is some pain from that. Swearengen goes from a murderer who is willing to slit a child's throat to protect himself, to a man who leaps off his balcony to help save Mrs Garret from an assassin's bullet. Bullock keeps his anger in check and realises that he can't escape his obligations, but he can find some joy in them. Joanie Stubbs attempts to become her own boss, with sadly horrific consequences. 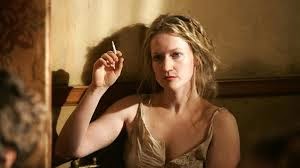 Ian McShane cast off the Lovejoy typecasting with his extraordinary portrayal of Swearengen, a roaring beast of a man who could only reveal his true feelings and fears while he was getting a blow job, and the only one who had the guts to give a suffering Reverend a dignified death - and has coasted on the power of that role in an increasing number of crusty mentor parts. 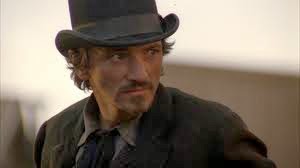 While there was always plenty of strange, lilting dialogue, many of Deadwood's most moving and touching parts were silent, and the entire cast brought a strong physicality to their roles. This could manifest in Bullock's rigid-backed rage, or in moments of sudden, disturbing and brutal violence, including the most brutal street fight ever filmed, when Hearst and Swearengen send their men in to fight to the death.

The violence was sometimes unbearably brutal, and tempers were often short, but there were also times when the camp came together to toast a success, or watch a novelty, like a happy fool on a primordial bicycle.

It's these moments, that live outside the history books, that make Deadwood so epically intimate. The sheer loyalty of Dan Dority, Johnny Burns and Silas Adams; the dignified and quiet love story between Sol Star and Trixie; Mr Wu connecting with America through the extraordinary use of a single expletive; Ellsworth's journey from a miner beholden to none into a mourned husband; Cy Tolliver's strange drive to help Joanie's bid for independence; Blazanov's disgust at the sight of bullies in the new world; Hostetler's guilt; any time Seth Bullock really, really wanted to beat somebody to death, but restrained himself.

These small moments are where civilisations, legacies and great television are made. 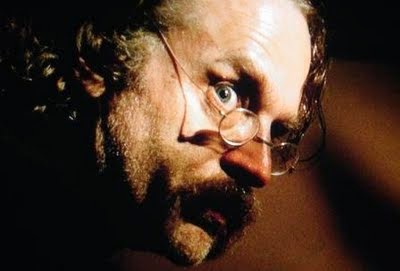 Read more:
Deadwood was also the title of a historical novel by Pete Dexter, published in the '80s. It also features Charlie Utter as a main character, although it has strikingly different versions of Bullock and Swearingen (sic). It is less about the building of a civilisation, and more about the strangeness of the times.

Deadwood: Stories of The Black Hills is an excellent behind-the-scenes book, with in-depth musing from David Milch, and passionate essays on the characters by the actors who played them. It is unfortunate that the book promises that everything will wrap up nicely with a TV movie that was never made, but it's still a thoughtful read. 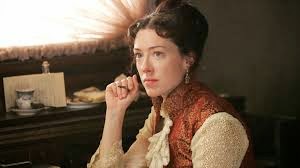 Robert Altman's McCabe and Mrs Miller feels like the unmade pilot for a Deadwood series from the early '80s, and shares similar themes, moods and complexity.

This video essay from Matt Zoller Seitz and Steven Santos is a terrific look back at the show's artistic success, and features narration from Jim Beaver, who played Ellsworth.

For those who don't have the time to watch all 36 hours of the show, there are plenty of Deadwood's most pivotal scenes that can be found on YouTube, including Bullock's rage-fuelled arrest of Hearst, the killing of Wild Bill, the town leaders' confused display of common decency and many, many more.
Posted by Bob Temuka at 10:41 PM