Ever since the days when the Human Torch and Namor got into fisticuffs over the charms of the lovely Betty Dean, superhero creators have been weaving a vast, complicated tapestry, bringing superhero universes together as one giant uber-story.

Unfortunately, the tapestries that represent the current Marvel and DC universes are starting to look pretty damn frayed around the edges, and have been repaired and rewoven time and time again. Entire chunks have been hacked out, ill-judged additions have been stitched into the gaps and there are still holes everywhere.

I do still like superhero comics – and sometimes I like them a lot.  I don't ask for much, a little style, a dash of humour and a taste of intelligence, but the right superhero comic is still enormously satisfying, because it is horribly rare. And the only ones I get regularly any more have little or no connection to those big, unwieldy universes.

Because the off-cuts are always the best parts.

I had high hopes for the New 52 comics from DC - seeing it as an opportunity to do something new and distinctive - but felt ultimately left behind by boringly generic stories and painfully scratchy art, and I haven't bought anything set in the main DC universe for more than a year now. All the endless posing and pointless fighting. All that generic rubbish crossing over into other generic rubbish, as legions of uninspired creators copy what everybody else is doing.

But I still get two DC superhero comics every month – a Superman and a Batman comic that are outside the bubble of this strict current continuity. Adventures of Superman and Batman '66 might not be important, but they're loads of fun.

Each issue features short, sharp stories about the world's finest superheroes, featuring some lovely art from characteristic artists. The quality of the stories in the Superman book is wildly variable, depending on the creators involved, but it doesn't really matter if there is the odd duff one, when something new will be along next. You're not committing to six months of a comic to find out if anything is any good or not – it's all there on the pages of a single issue.

There is nothing wrong with drawing on aspects of a greater world – Adventures of Superman often features guest appearances from other DC superstars, but it's not going to have an impact on anything outside its individual story, and there is a simplicity and purity in that which is increasingly palatable.

The Batman book is based in the world of the old sixties TV show, which I've learned to love again, and which has that campy attitude that is looking increasingly timeless. The comic doesn't just rely on the cosy, comfortable world of this Dynamic Duo, but is often genuinely smart, with some terrifically clear and energetic artwork. 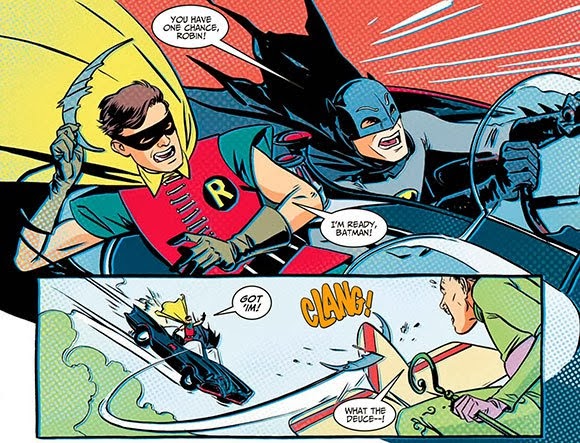 These comics are throwbacks to a simpler age, when editors were appalled by the idea of dragging a story over months, convinced the kids wouldn't keep up with it. But these sort of comics, which don't add anything to that vast, ugly tapestry of the regular Batman and Superman titles, and are more disposable, are now the exception. They're not important enough.

Fortunately, importance is a value I don't always need in my superhero diet.

But it's also notable that these stories are the ones DC is really pushing on the internet, publishing first in digital, because they know that the average punter isn't going to give two figs about a Green Lantern saga about emotional colours that stretches on for four years, but might read a brief eight-page Superman story, if it's charming enough.

The main DC universe has lost me, and loving comics is in my DNA, so what chance do they have of hooking in new readers, when it's that hard to swallow? 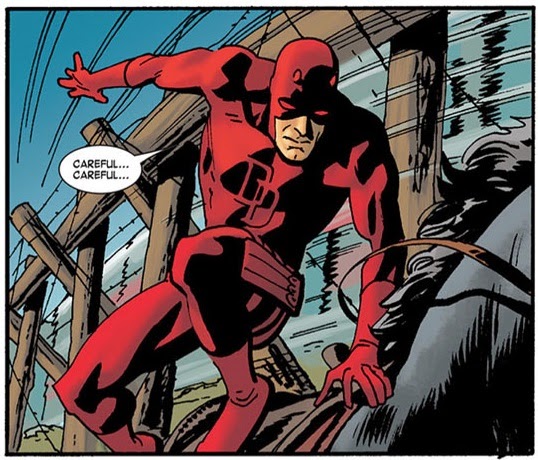 The Marvel Universe is quite a bit younger than its DC counterpart, but also hasn't had the clean sweep of a Crisis. It's a universe that maintains that everything that happened since the days of Namor and Human Torch still happened, in some way. The Marvel Universe is more structured, with various Spider-Man and X-Men and Avenger sub-worlds, but again, the more something ties into everything else, the less attractive it has become.

Mark Waid's recent Daredevil comics have been operating in their own world, with only minimal interaction with the greater universe, and that has made it an easy title to buy every month (the sharp scripts and sharper art also have something going for it), and I've even found a X-Men comic that exists as its own thing.

The world isn't starved of X-titles – there are at least half a dozen too many already, making it far too much work to follow them all. The main X-titles - featuring Bendis' tasty take on the titles and some phenomenal art from Immonen, Bachalo and Irving – proved to be surprisingly enjoyable, but I never felt the urge to start getting the comics, because they kept overlapping and crossing over into other books, and that's far more trouble than it's worth.

The last time I regularly got an X-Men comic was during the Morrison period, which is over a decade now. But I've greatly enjoyed Jason Aaron and Ed McGuiness' new Amazing X-Men book, partly because it definitely fit that criteria, (and mainly because it looked like Excalibur). 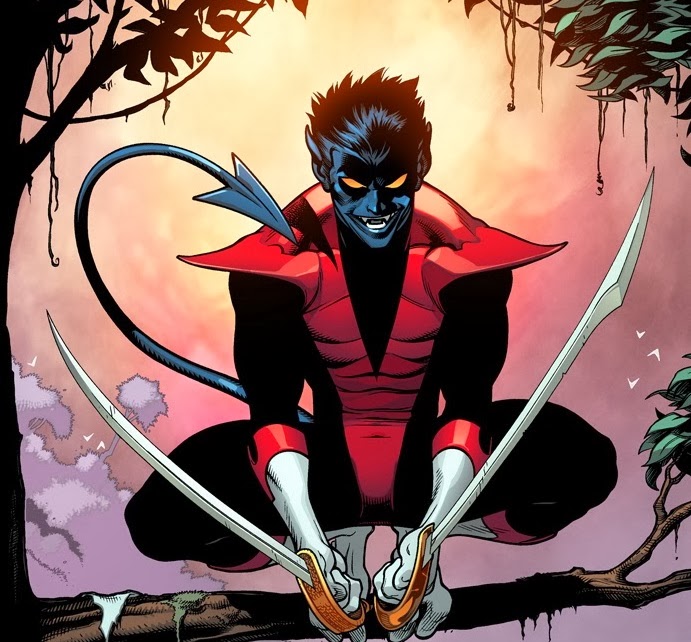 There have only been a few issues of Amazing X-Men so far, but it's already more focused than the usual sprawling X-epic, with a tight team line-up and a tone of high adventure, and I'll keep buying it, as long as it stays its own book.

I already told my local comic shop guy that he could cancel my subscription to Amazing X-Men the minute they announce it is crossing over into other titles, and I'll stick to that, but there is more regret than I expected. I was disappointed to see Aaron is only on the title for the first six issues, although McGuiness and his endearingly rounded art is sticking around, because it is a stylish, funny and smart superhero comic.

And, most of all, I get everything I need in the one comic, without having to spread out into other, lesser works. The Amazing X-Men is still part of that frayed tapestry, but as long as it still holds on to its distinctive shape, right on the edge of all that mess, it'll be worth following.
Posted by Bob Temuka at 11:00 PM