“What can you do other than this?” (Low content warning)

The proprietors of the Tearoom of Despair keep going on overseas trips, mainly because they haven’t had children yet who ruin everything and eat all the steak. This time, they’re off to goddamn Lapland, to sleep in ice hotels and ride with huskies. (Although I’m a little uneasy about that, after just seeing John Carpenter’s The Thing on a big screen for the first time this week….)

We’ll be away for a couple of weeks, and while there will still be some new content here, it won’t be much. Instead of long, rambling essays about the world of comics, there will be much shorter pieces about my favourite comic panels.

Sometimes, everything I love about comics can be distilled down into one single panel, and there are literally tens of thousands of perfect panels, but I’m going to talk about the first dozen or so panels that leapt into my mind when I thought about it. Some of them are just as obvious as you think they will be, others probably only mean something to me.

Posting may even be daily for a while, but travel screws up your days, so some might be missed. (Some can’t be helped – we literally lose entire days flying across international time zones.)

Things should kick off tomorrow, with Batman on a horse. 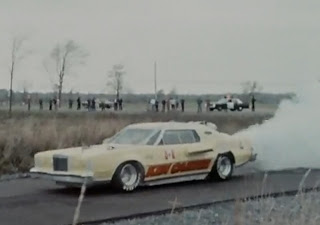 In the meantime, to make up for it, here is a YouTube video of my favourite documentary of all time: The frankly astonishing Devil At Your Heels. It’s a parable about the human drive to do something extraordinary, no matter how difficult it is, and it’s about somebody who wanted to fly a rocket car across a river between the US and Canada. It’s magnificent.