It's been a bad year, please don't take a picture 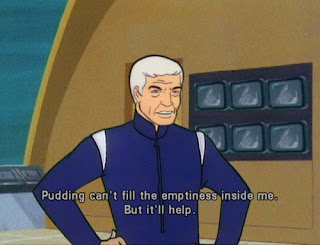 There are only a few hours left in 2017, and it can fuck right off, as far as I'm concerned. It's been a shit year.

As well as dealing with the vast existential crisis that everybody in modern society is dealing with, I've had an awful family emergency over the past couple of weeks. It's a bit too personal and way too common to go into detail here, but it's been a shit end to a shit year.

It's the type of thing that means there has been lots and lots of anxious waiting, and I've been desperate for anything that could provide a distraction from reality, for a little while. In this, there has been a rich abundance, because there is always a lot of good entertainment at this time of the year.

There has been a new Doctor Who - and a new Doctor! - and a new Star Wars movie. There has been the latest issue of Love and Rockets and the 2000ad Christmas issue. There is the last album from Run The Jewels, whose music I have a sudden and inexplicable hunger for. There ain't no Wipe this year, but there is some Black Mirror. For just an hour, minute or a second, I can lose myself in something that isn't this harsh reality.

The books, comics, music, movies and TV don't make the bad things in life go away, but they can help.

Which is why I'm still genuinely baffled by the way a lot of other people seem to interact with their entertainments. Why would you engage with something that makes you so angry or annoyed? Why would you do that to yourself?

I've spent far too much of all this waiting time sitting on my bloody phone, scrolling through all the reactions to these various entertainments, and am left with the undeniable impression that there are a lot of people out there who get very angry about very unimportant things.

It's very, very rare that you stumble across a piece of entertainment that is absolutely perfect - there is always a duff scene, or a loose story thread. The Last Jedi isn't a great movie, with a couple of awful plot entanglements, but it's fine, and has several truly terrific moments as good as anything else in the Star Wars series, and I'll take those moments and treasure them. I can live with the imperfection, because life isn't fucking perfect.

It's just not worth focusing on the bullshit bits, because there is literally no fun in that. I'm not interested in getting bogged down in pointless pedantry and smirking snark - life is too short for that.

I understand the value of a good hate-watch/read/listen. It can be healthy. I just flicked through the latest issue of DC's DOOMSDAY COCK to get a taste of everything that is wrong with the modern comic book business, but I'm not going to lose any sleep over it, or start a petition, or even tweet about its clumsiness. Comics just aren't that important - I've had tens of thousands of the fuckers, and travel to the other side of the world just to see what the comic shops are life, and even I know that. And there are so many of them, it's easy to ignore the things that don't connect with me, and happily seek out the things that do.

I can't do much about a sick family member, other than be there to support them and help them in any way I can, but I can stop myself from wasting time on crap like that.