The Secret History of Twin Peaks: Seeing into the darkness


It’s well-known that Twin Peaks creators David Lynch and Mark Frost never wanted to reveal who actually killed Laura Palmer – the mystery was the thing. It was only after intense pressure from TV executives that they revealed it to be her father Leland, and they were soon vindicated when the audience drifted away after this terrible revelation (although the generally poor quality of much of the second season certainly played a part).

Twin Peaks, at its best, always walked that fine line between straight drama and sheer mystery, with distinctive and memorable characters living humble, straight and good lives, until they smashed into the vast unknown of the spaces between dimensions, and the incomprehensible creatures that live in the cracks.

The series is coming back next year, of course, but any fears that this delicate balance of mystery will be upended can be put to rest by The Secret History Of Twin Peaks, a new book that cracks open some of the strange shit behind the show, while steadfastly refusing to actually answer any of the really big questions that have now been percolating for more than two decades. 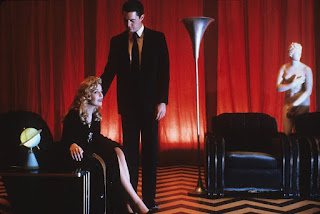 The Secret History of Twin Peaks, written by Frost and released a few weeks ago, is a fictional collection of documents, files and stories, giving background details on the world of Twin Peaks, and the strange, terrifying and wonderful people who inhabit it.

It’s fictional, of course, but also weaves its way into some of the most esoteric history of the United States. It goes right back to the days when native tribes were in the area, and painting pictures of a giant and a midget, and keeping an eye on those damn owls, before moving up through to the late 20th century, and the flood of horror that was unleashed by the murder of the local prom queen. 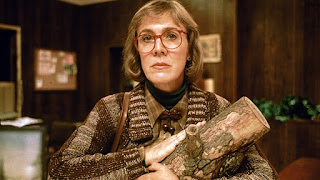 Along the way, it includes strange subjects such as the mysterious death of Captain Meriwether  Lewis after his famous expedition – a real event that is still shrouded in mystery– and the unjust and cruel treatment of the local native population, a tradition that survives into the nuclear age, and its toxic clouds of radioactive death.

Then it gets into the deeply weird, like Jack Parsons and L Ron Hubbard’s infamous Babalon Working in 1946 – a semi-real magickal event that is still shrouded in uncertainty and total bullshit, and the mad blast of post-WW2 flying saucer sightings, culminating in an unsettling close encounter with an extra-dimensional alien, after cocktails with Jackie Gleason and Richard Nixon.

Just as the Fargo TV series and movie were all about the very best in America versus the very worst, Twin Peaks is about the same conflict, built up to existential levels, and the new book shows that this has always been the struggle, right back to the nation‘s founding days. There are good people in this town, but there are also plenty of weak people, pushed along by unfathomably dark forces. 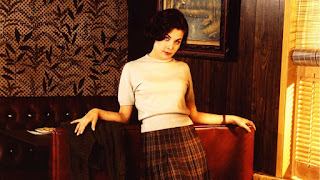 The Secret History does answer a few questions about the series - questions that have been hovering around the edges of the story since it finished in the early nineties, but omits just as much as it includes.

These revelations include hints at the fates of several main characters after the show ended, including who survived that bloody big explosion at the bank, and what happened to dirty old Hank Jennings after he got sent to of jail.

The book also (partly )reveals exactly why the owls are not what they seem, and gives background details on the lives and loves of the people seen in the original series – including tonnes of details on the Bookhouse Boys, the elderly newspaper editor’s past as a genuine Man In Black, Doctor Jacoby's mind-melting experiments with natural psychedelics, and the vital connection between the Log Lady and the crazy old trailer park owner played by Harry Dean Stanton in Fire Walk With Me. 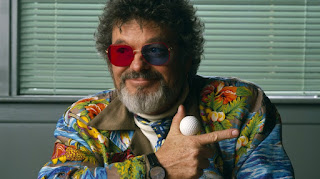 But even as it sparkles with fresh trivia , the Secret History also raises a lot of new mysteries, and takes some pride in never quite answering questions about extra-dimensional aliens that it raises, happily leaving definitive answers tantalizingly out of reach.

There are all-new mysteries, including the identity of the person who put all this together, (although this is one of the questions that is adequately answered before the final pages), and the exact motives of the shadowy government organisations that get mixed up in all this metaphysical malarkey is literally blacked out. 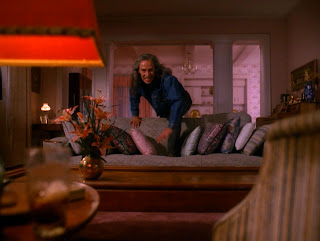 Twin Peaks always went in odd directions, but also kept things incredibly down to earth, with characters reacting to strange and disconcerting events with compassion, humility and honour. Agent Dale Cooper – one of the great existential detectives – epitomised this, by combining Buddhist dream techniques with a solid right hook of justice.

Like the larger saga it is a part of, the Secret History of Twin Peaks is all about this clash between the solid, down to earth people and the impossible denizens of the Black Lodge. They could be aliens, or could be different versions of ourselves, or they might be Gods – Frost isn’t telling, and leaves all the definitive answers hidden between the lines of the book.

This refusal to give pat and easy answers might be infuriating for some, but there is no explanation the creators of Twin Peaks can offer that could compare to your own version, in your own head. It's always good for art to be a little abstract, and open the realms of possibility, rather than settle for dull certainty.

There is no dull certainty in the town of Twin Peaks, or in the woods that surround it. There is just the odd ray of light, shining a path out of the darkness. Go into the light, Leland. 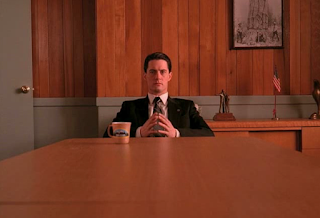 The next series is slowly coming closer, and just by its very existence, it will answer long-held questions about beloved characters, and their histories over the past two decades. Knowing Lynch and Frost’s preferences, there will be plenty of other mysteries, and plenty of new questions to ask.

The Secret History is the first real return to Twin Peaks, and offers a few crumbs to entice the wary traveller back to the town, while still letting you find your own way to the best damn cherry pie in the state.
Posted by Bob Temuka at 9:30 PM