Jammed up on modern comics


Mongolia is one of the greatest countries it has ever been my privilege and honour to visit. The landscape is mind-blowing, the culture is amazing, and the people are rough, tough and unbearably generous.

And the worst traffic jam I ever got stuck in was on the outskirts of Ulanbataar, after returning from two weeks in the wide, open and endless country. It was chaos, and took our driver 90 minutes to get six blocks. As first-world condescending as it sounds, they really do drive like they ride their horses up on the plains – full-on and fearless. Which is a beautiful thing when you’re out in the open steppe, but when you're trying to squeeze a thousand vehicles down a cramped and ancient road, gets everybody stuck.

That feeling of mad hopelessness in the gridlock, back in that dusty Mongolian summer, is the same way I feel when I try to keep up with the modern comic industry. 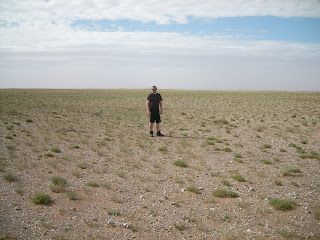 As much as they have fanged about at great speed across the open market, comic companies are also deluging the market in dozens and dozens of new titles, and it's impossible to keep up with everything, and a lot that isn't worth bothering with in the first place.

It's a total logjam of product, and the only solution might be to burn it all down with fire, or at least indulge in some prodigious pruning, before it chokes everybody. 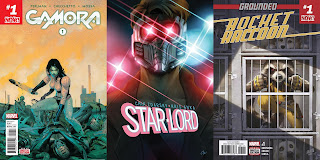 Unsurprisingly, it’s the big companies who are the worst offenders, diluting their biggest brands with blind over-saturation. Marvel can’t let any minor sales success slide by without spinning off that character or concept into half a dozen different titles, which doesn’t make things easy for the poor sucker who just wants to read the Deadpool comic.

And as successful as the movie version is, nobody needs half a dozen different Guardian of the Galaxy comics, especially when they regularly attract less than 1 percent of the audience who will go to the movie version. The desperate need to make the Inhumans relevant, which also seems to be based more on cinematic concerns that any story-driven need, has seen tonnes of Inhuman comics over the past few years, with very few garnering any real attention, and most left to clog up precious store shelf space.

Marvel’s philosophy of ‘that worked, so let’s do it over and over and over again’ is on show throughout its monthly offerings. Even its Star Wars licensed titles already has a dozen collected editions, which has attracted some of the company's very best talent, but it's hard to tell which comics are genuinely interesting, and which ones are just filling in unasked-for backstory. In the end, why bother with any of them? 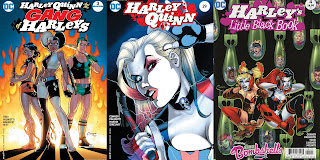 Even more unsurprisingly, DC make it even harder to keep track of their ongoing universal mega-story. There are desperate attempts to give any character with any kind of history or profile their own title, in the vague hope that something will stick.

Which is another vaguely noble attitude, but ensures that the few artistically interesting comics that sneak out with the crowd are lost behind more generic Justice League and Suicide Squad spin-offs, and truly individualistic comics that don’t look like everything else on the stands vanish after six issues.

And while the bi-weekly schedule for its biggest titles certainly makes sense on the balance sheet – if all Batman comics sell well, why wouldn't you make more Batman comics? – it only adds to the crushing fatigue. There are already a plethora of Rebirth-related trade paperbacks out there, and more and more and more every month. 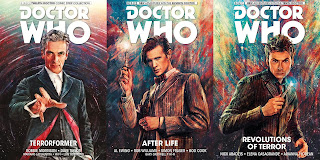 In comparison, the smaller companies deserve some credit for scraping past the big boys, and getting any kind of shelf space for more alternative stories is some kind of victory. The smaller the publisher, the greater the win, which means any self-publisher who gets on the shelf is a goddamned hero.

But there is also still an abundance of licensed titles, with a huge variety of movie and TV spin-offs for anything that once had a large audience, even if the comics are usually easily ignored by the vast majority of those who enjoyed the original property, and don’t really count as part of the official story.

Even without this huge and hoped-for demand, there can still be far too much actual product. The Doctor Who titles that Titan have been putting out recently have some strong creators, but there are so many of them, across multiple monthly titles, starring all the incarnations of the Time Lord, and it’s so hard to keep up with them all.

Especially when the first round of collected editions all had the same cover design, right down to a similar color scheme, with just a posed figure to tell the difference. I tried to get started on them by getting them from the local library, but stumbled at this first post, because I kept getting the same bloody ones over and over again, and honestly couldn’t tell at a glance if they were something new, or something I’d seen before. 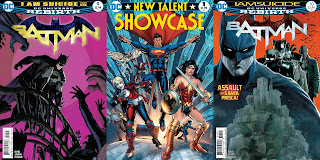 God bless the talented creators who get their big break on all these series. Everybody has got to start somewhere, and with such a rapacious appetite for new titles, somebody has got to fill them with words and pictures.

But again, the chances of actually gathering an audience get so much worse, when the work is hidden on the shelves among all the other new releases. And you can’t blame retailers of taking less of a chance on untried and untested new names, when they only have so much space to spare. 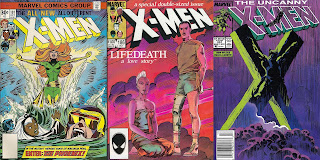 I’m self-aware enough to know I've become one of those sad pieces of shit that complains that it's hard to follow comics anymore, and that’s just part of getting old. But they're not making it easy.

Consider Chris Claremont's X-Men, which used to be the gold standard of labyrinthine plotting, but now seems easy to follow, because it was, at least, confined to one title. Marvel, scared of diluting their most successful property, would stick with the one comic, and the odd spin-off, before it all got out of control in the 1990s.

Now, that X-Men run is relatively easy to keep track of, compared to the X-avalanche of product in the past 10 years. There are just too many individual titles, just too much comic, and it all adds to the sinking feeling that nobody is getting anywhere.

The more comics there are, the more I feel left behind, and the less I want to make that effort. There is gold there, but there is no time to dig it out. 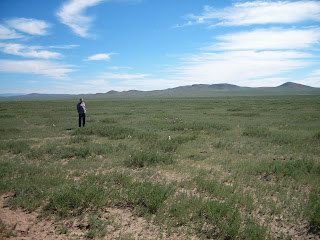 That Mongolian traffic jam was so bad, especially when we'd spent the last fortnight out in the Mongolian nothingness, on the vast and endless steppes, and empty grassy hills rolling on into infinity. And especially when we were trying to get back to a hotel, and a shower, and some carpet, for the first time in those two weeks.

And nobody was going anywhere, until our driver started mounting the pavement to get around the mess. That worked, I guess. So we still got to our destination, and it was so fucking worth it in the end. As well as that traffic jam, I got terrible food poisoning on the edge of the Gobi desert, which was awful to a hallucinogenic degree, and had to drink $2 vodka, which was existentially distressing. But it was all worth it. In the three dozen countries I've visited, I highly recommend Mongolia as one of the best destinations.

As it is with international travel, so it is with comic books. For all the shit they put out, the best comics are worth searching out, because the rewards are endless, and like nothing else in popular fiction. We just gotta get out of this fucking jam.
Posted by Bob Temuka at 7:44 PM