I keep giving all my spare change to homeless folk on the street. I always have, (especially when people in positions of authority tell me that I shouldn't because it’s counter-productive and just encourages them), but have really stepped up my game recently. I even get cash that I don’t really need out of the ATM, specifically because the people on the street probably find it a lot tougher when everyone is paying everything by card these days, and this way I'll always have some kind of change to the guy who hangs around outside the newsagent where I buy my 2000ad every week.

I'm doing it for purely selfish reasons. I know I'm not really helping, or making a great difference, but it makes me feel a little better to show some goddamn compassion when I get the chance.

After all, it's just been a shit of a year, and I just think the best way to overcome it is by trying to be a little bit kinder.

It wasn't just the shitness of all the mega-celebrities and great character actors and terrific artists dying. That's something we're all going to have to get used to as the vast baby boomer generation faces up to the cold inevitability of their own demise, but the world really is a slightly worse place without Carrie Fisher’s acerbic wit, or David Bowie’s beautiful genius, or Darwyn Cooke’s pleasantly retro chunkiness.

And it wasn't just the shitness of vast proportions of the world's population voting for fear and loathing and lies and sheer fucking bullshit, and giving the nuclear codes to a pencil-dicked buffoon with ultra-thin skin who seems to have no fucking idea what his job actually entails, and encouraging all the fucking racist and sexist bullshit that rears its head around it. That’s all pretty shitty.

But if anything, to was the day-to-day shitness of a dozen little things - friends and colleagues turfed out of jobs, everyday discouragements, a scary illness in a close family member. Smart-arses will tell us all that the end of the year is just an arbitrary date-stamp in the infinite of the universe, but culture is fucking complicated like that, and these dates do bloody matter. In short, fuck you, 2016. 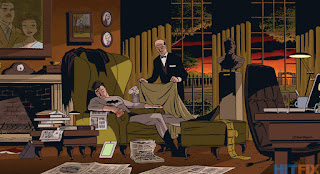 It's not all bad, thank fuck, or it would all be a bit much. I recently celebrated my 10th anniversary with my lovely wife, who is astonishing and smart and beautiful, and cooks the best eggs on the planet, and tolerates my embarrassingly huge geekiness, and just makes life worth living, really.

We also spent another month tripping around the world, which was typically magnificent. I got to stand next to a six-foot long penis in a Reykjavik museum, and wandered the cracked streets of New Orleans, and had lunch with some polar bears in Canada, and blew a week’s pay-cheque on a fancy meal at the chef’s table at Brooklyn Fare.

In this respect, I have it so much better than a lot of other people, and I’m just a little bit embarrassed by the privilege I undoubtedly enjoy as a first-world creature of the early 21st century.

But I’m just trying to make the best of this life, because as far as I can figure, this is the only one we get. And if we focus on the shit all the time, we’ll just end up stinking of it all the time.

And the entertainments help, because it’s been another cracker year for dork culture. There are moans about Peak TV, but it’s Peak Everything, and there are so many great TV shows, music, movies, comics and books, far too many to catch up on. Something has to give.

TV goes first, and the list of things that I really must get around it gets longer and longer every year, until entire series that people have recommended drop off the end. But still, 2016 shows like Game of Thrones, The People Versus OJ and Ash vs Evil Dead were intense, impressive and showed me things I had not ever seen before, on any kind of screen. I’ve still got so much to get through – we just cracked into Atlanta last night – but the best TV is still some of the best entertainments available. 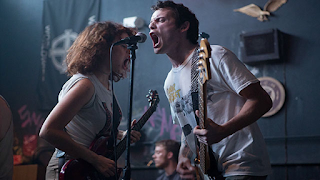 The year’s movies weren’t quite as impressive – the most moving, thrilling and awe-inspiring things I’ve seen in the past few years weren’t on a cinema screen – and there has been the usual smorgasbord of grindingly worthy bio-pics, simply passable blockbusters, other franchise nonsense, and far too movies about old French people fucking.

But there are still films that throb with intensity and beauty. My favourite film of the year was probably Green Room, for its commitment to its punk cred, even if that ultimately led to an unsatisfying taste in the mouth with some notes, and it had the best last line a movie in ages.

I also saw Paterson the other day, and thought it was fucking aces. It was everything my lovely wife hates about Jarmusch films (she straight-away refused to go, and I don’t blame her), but I was surprised by how much I liked its poetic meanderings. My least favourite films of all time are movies about how hard it is for sensitive geeks in the world (especially when I have been one of them for so fucking long), but this geek didn’t feel sorry for himself at all, which made it much more palatable. And the resolution of the broken mailbox gag was sharp as hell. 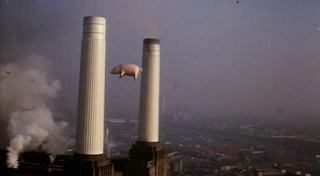 I'm always at least two years behind the times when it comes to music, and all I have wanted to listen to all year is covers of Pink Floyd songs, so who knows what the fuck that means?

Comics are still my thing, and still the main focus of free time, and there has been plenty of great comics, from new, sharp talents, and from old pros like Los Bros Hernandez, who brought the sublime Love and Rockets back in magazine format.

My own taste of stylish action comics means my favourite reading experiences of the year were, once again, various Judge Dredd comics and the Mignola-verse comics.

Hellboy in Hell and BPRD: Hell On Earth both came to explosive colcusions, and while there weren’t a lot of surprises in the way both stories came down, they were beautifully produced comics that managed to find touching notes of grace among all the apocalyptic mayhem.

And the genius of Judge Dredd’s near 40-year history rared its head again with the final conclusion to the PJ Maybe saga, a story that started with the eight-year-old shithead committing his first murders back in the 1980s. It only just came to a full and proper conclusion in the pages of 2000ad, after years and years of absurd misadventures. And as, ever, there were loads of the usual six or 10 page-stories about the world of Dredd, and the strange and timely tales of its inhabitants.  (Although I really, really didn't like the latest US-published version, for the way they got rid of Mega-City One and its citizens, who are arguably the main characters of the whole Dredd strip.) 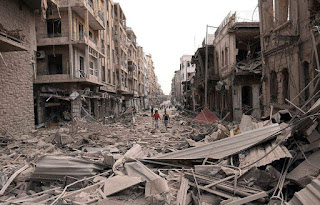 But even these distractions can’t do anything to make it any easier to deal with the sight of poor little tykes bloodied and battered in Syria, or reports of awful open racism, sexism and homophobia around the world, which we really should be over it by now. We’re 17 years into the 21st century, for fuck’s sake.

I'm like everyone else, trying to help out where I can. We have regular donations to charities and fundraising efforts going out of our bank account every month, and I work in a job that is still dedicated to exposing unfairness and injustice, and I donate blood and plasma on a regular basis, and I try to treat everyone I meet with some fairness and respect. I'm trying, Lord. I'm trying.

But I know I could do more, I could help out at soup kitchens, or stand up for something noble and right. I still might, once I've got my shit together. But for now, right now, all I can do is try to do something nice for somebody, and the homeless are out their on my streets every day and it doesn't hurt me to throw them a little change, even if they're just going to spend the money on meths or meth. Just show some goddamn compassion, and just show a little kindness. We’ve got to be more kind. 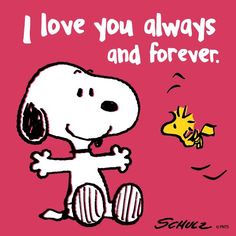 And thanks to all the people who have read this dopey blog for the past year. I really do love you all. The Tearoom of Despair is back into low-content mode for the month of January, because it's a lovely day outside. Normal service will resume on February 1.
Posted by Bob Temuka at 3:33 PM