This comic, this collection.


It started with a Richie Rich comic.

When I was a little kid, it took me a while to stop thinking about comic books as totally disposable, and the first one I ever held on to for longer than a week was a Richie Rich comic when I was six. It had a spunky yellow cover, and the story inside was so funny and clever, with a robot named Trebor, and I just wanted to hold onto it forever. It was the first comic I ever properly collected.

Thirty-five years later, and that collection is a sprawling mess of a thing, with a solid core of comics I’ll never get rid of, and uncertain borders, where I still don’t know if comics I’ve had for 20 years are really a definite part of it. It’s a fair indication of personality, looking at the choices that make up that collection. It can be a pain in the fucking arse to haul about, but it’s all me. 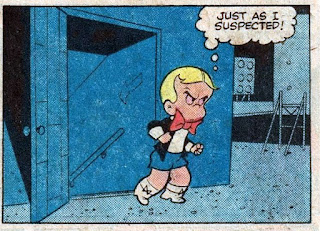 I’m certainly more of a hoarder than a collector. My comics frequently get scrunched up, or ripped, or damp. I stuff them into big banana boxes and shove them under the bed. It’s the stories that matter, not the things they come in.

But I still love the actual physical objects in a way I never could with digital, and I still file away the latest additions to the collections, somewhere in the vast archives of the collection. I put a lot of thought into the maintenance of it. I put way too much thought into it. 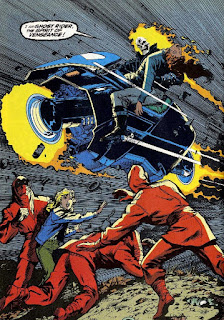 Comics have always been so fucking expensive, so a couple of years after Richie Rich stuck around, I was holding on to every comic I could get my grubby little hands on, and I planned to hold onto them forever. The parents were naturally concerned once they started spilling out of the single box I was allowed to keep them in, but I got good at the art of bullshit pretty early, and justified the swelling by pointing out that some of these comics would be worth something one day. (They probably still think I’m paying for my retirement with Ghost Rider #1 from 1990.)

There was always a bit of slippage. Some comics were lost to that lazyiness about protecting them – a decent chunk of Battle Action Force comics ended up in the mud, and favourite comics would literally be read until they fell to pieces - and there would always be swaps going on, giving up a bunch of Archie comics for some Alan Moore Swamp Thing. And there were even a few rare comics that were too rubbish to hold onto, like the awful Charlton horror comics of the seventies, or the terrible Commando comics that were everywhere. 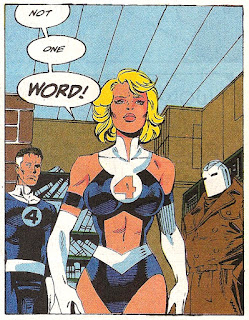 It all reached a peak somewhere around the turn of the century, when I had about 40,000 comics, including hundreds and hundreds didn’t give a shit about – bland, post-death Superman comics and almost an entire run of the thuddingly average Fantastic Four run by Defalco and Ryan. I used to make an actual list of all the comics I had, and briefly considered transferring it to a database, but I haven’t worried about that kind of shit for 20 years now.

It’s all in my head, where it belongs. There is a filing system to it all that makes perfect sense to me, although I never expect anybody to understand. Everything in its right place.

But 40,000 was too much, and a massive purge about 10 years ago saw that limp reduced by three-quarters. The collection slimmed, became more focused, more refined. It looks better. The personality starts to shine through, once the excess nonsense has been pruned. 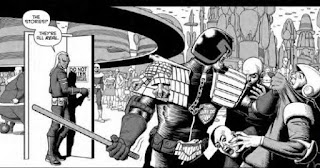 Once things got settled down to a reasonable amount, the collection has been relatively stable. There are nine bookcases in the house, and about two dozen boxes of various sizes, stashed under bed and in cupboards, and it all stays roughly the same size, as vicious purges run rampant over sentimentality and nostalgia. It’s always a matter of sharpening at the edges.

The only part that keeps growing is the substantial 2000ad subsection of the collection, which gets bigger by 52 new issues (and 12 Megazines) ever year, without fail.That’s the bedrock of the collection, the solid core. I would get rid of every DC and Marvel comic I own before I would start chipping away at the Tooth. 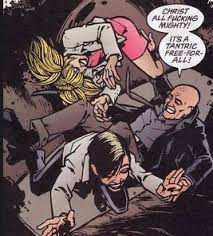 There are some stable things that are almost as solid as that 2000ad infatuation - the Vertigo comics I accumulated in the nineties like Preacher and Invisibles would be the last to go, but the first four issues of John Byrne’s West Coast Avengers will also be there until the end, because those comics mean more to me personally than almost anything else I have. The collection is varied, and not exclusive. It's my party, I get to choose the guests.

Then there are things that are right on the edge. Things that are not quite part of the collection and probably never really will be - Alan Davis comics and random issues of Trencher and more modern Vertigo titles like Sweet Tooth and all the Fables spin-offs are slipping out, even as they are still filed away. It’s still changing, always changing.

But the Richie Rich comic is long gone. The oldest comic I still hold from the first few faltering years of the collection is X-Men #151, which is now missing its cover and first few pages and I’m never throwing it out. There are still some 2000ads I got off the shelf in 1983, and I can tell which ones they are because they’re also falling apart.

Some parts of the collection are as old as I am. Some of them are as new as last week. 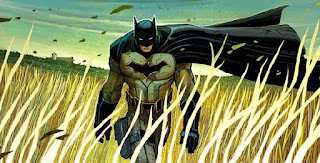 There are other collections in the house, of course. Tonnes of novels and bookshelves full of movies and boxes of music that everybody tells me I should just get rid of because you can trust the Cloud. (I don’t fucking trust the Cloud.)

But for a pure and unfiltered snapshot of personality, it’s in the comics. It’s in this collection.

Nice blog that ran a few bells - I have never personally had anywhere near as many as 40,000 comics in my collection (I'm not sure I have even bought that many in my lifetime either) but a few years ago I also decided to trim my collection (then about 4,000) and it was (and still is) a hard on-going job as its amazing how much I decided I want to keep that issue of Mighty World Of Marvel issue 117 that until I saw it I didn't even know I had it - but newer comics (1985 onwards in my case, I can for the most part, send off to a charity shop or the bin with little though) to be honest I have no idea how many comics I now have it could be 1,500 or double that as I keep adding to the collection only now I concentrate on picking up only comics I really want (with the odd bad purchase - well who can resist 5 comics for £1 in those grab bags?) - but your right its so much better to get it to a size you can manage - Like you my comics are all over the place in boxes, plastic containers, loose in the loft some ripped , damp and crushed the way comics should be stored lol.

OK spill: how did you pare down your collection? I have, er, "a friend" in a similar predicament and he'd like to know.

Lol well this has been and still is an ongoing job - I just got so fed up being bogged down in books and not being able to enjoy them s they are in no order. Basically (at first) I split my comics into 2 sections simply comics I wanted to keep (even maybe's) and then ones I really had no interest in and had probably not even read (mostly newer comics) that got rid of over 500 comics (that went to a work colleague).

I then did another clear out putting my comics into 3 sections (can you tell I'm a civil servant?). Comics I loved (my UK 60's early 70's POW, Buster etc) my 60's / 70's Marvel, DC , Charlton's etc and any new stuff I liked (BPRD, Samnee's Daredevil etc) - another section with comics I knew were worth a bit (.e. 60's /70's comics that I wasn't that keen on keeping etc - for sale later on ) and the final batch ones after a second purge (my "maybe's) I could do without.

Added to that I started buying collections and where I had the stories in other versions I got rid of them (usually in reprint comics Avengers weekly, MWOM,or US reprint comics Marvel Tales etc keeping any originals I had of course) I also have mostly been really tough on my new purchases and don't just buy a comic for the sake of it and now tend to buy back issues (got 20 plus at a great price when I was on holiday last month down South)- any new books I keep in a box when its full I go through it and do the above (3 sections)- still got a lot to do, not least getting what I have in some sort of order . Its not easy lol

Sorry Joe I just realised you were no doubt asking how Bob got his collection trimmed down form 40,000 to 4,000 and not my measly attempt (that was hard going)- would be good to know that as well Bob?

I did, but your input is welcome too!

I saw a number of places online that send comics to folks overseas in the service but none of them accept anymore comics :/

Most of my comics are as you would expect just junk that isn't even worth cover price, so my preference is to cull the collection for anything worth something and just donate the rest to a good cause to get it out of here. Garage sales are a pain and we only have one in my neighborhood one weekend per year and I'm always away that weekend. I did manage to donate a bunch to a librarian friend who works with teens but that barely made a dent.

Why not put them on EBay or Amazon in "bundles" (it may be junk to you but someone somewhere is looking for those issues) I sold a few that way ( a bundle of 30 Marvels for £5 about $10 and 10 old Archie pocket books for similar ) as I priced the very reasonably but just remember not to "do" your self re postage as I made that mistake.

I thought about that briefly but didn't feel anyone would go for them. But if it worked for you I'll revisit that idea. Thanks!

Yeah, I just dumped 'em in bulk lots, sold the good stuff on the internet, and gave the crappy ones to the local charity shops. It took me about two years to really get it down.