Cameron's pacing: Did IQs just drop sharply while I was away?


Back in the '90s, when James Cameron's Titanic film was ruling the cinematic world, a local magazine reporter tried to ingratiate themselves with noted script-writer John Sayles by getting in some pre-emptive sneering about the quality of the big ship's script.

But Sayles wasn't having any of that, and shut the moaning down by pointing out that Titanic's scriptwork was actually pretty impressive, using the example of the scene near the start of the film where the mechanics of the sinking are helpfully explained by the salvage crew. So when all the shit goes down in the final hour, everybody knows what is going on when the boat splits and rips in half – it's all been explained, and it doesn't get in the way of the savage thrills of the climax. That was some smart stuff, said Sayles.

Cameron's movies are amazingly popular and successful, but everybody always lays into his scripts because they are such easy targets, and misses the beauty of the structure. 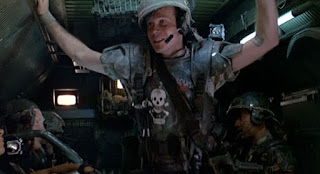 It's been a while since Cameron was a regular film-maker - he has only directed one film this century, and it's extremely probable that he will spend the rest of his life making Avatar films. There have already been plenty of articles and chin-stroking think-pieces that have convinced themselves that Cameron has over-reached himself with his latest plan to do four new Avatar films, confident that there isn't the demand for Cameron's vision, and that he is going to fall on his face.

Cameron doesn't care. They said that about the first Avatar film, and Titanic, and almost everything he has done since the Abyss. Then his movies come out, and all the smart people sneer at them, and they still make billions of dollars. Maybe all those reports of rampant egomania and on-set hubris help overlook the fact that Cameron knows exactly what he is doing. 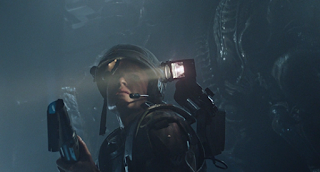 There are certainly some small truths to the sneering about the stories in Camerons films. They can be blunt and unoriginal – the plot of Avatar really was Dances With Smurfs – and the subtext is always painfully obvious.

The dialogue also gets a kicking for being so on the nose, but his movies still have one-liners that pop – Aliens is always going to be quoted until the end of time, even when most of that quotable dialogue comes from the ironic macho posturing of the marines.

His films are often too long, because they actually take the time build to something, and then take their own damn time paying it off. True Lies, Avatar, The Abyss and Titanic could all still lose a good 20 minutes each. But as overwieght as they are, the pacing is still solid as shit, and once things get going, they rock along.

And the structure of his Terminator films, and his Aliens movie, are immaculate. His success with these films is often imitated and never beaten, because they all lack that sense of pace. 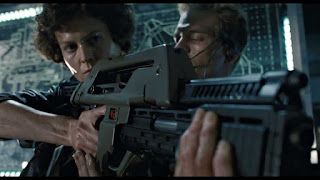 Take Aliens, which takes a good hour to get going, as you follow Ripley's frustrating new life and get to know all the grunts, before dropping them into hell. It still manages to be an intense and exciting experience, with fevered nightmares and the exhilarating drop onto the planet – insistent military drumming gaining way to the acceleration-fueled thrills of the fall itself.

The tension – which is diluted a lot by the Special Edition, which offered an ill-advised view of the complex before the infestation - builds and builds for the first hour, and it's almost relief as the Aliens finally show themselves. It then slowly ramps it up again untiul the final 45 minutes, which just don't stop in a blaze of gunfire, explosions and hissing monsters.

And then it only goes and transcends the whole goddamn genre, by going past the natural end point of a fucking huge nuclear explosion, and has one final fight between the power-loading Ripley and the Queen Bitch, and it doesn't feel tacked on, or forced at all, but the natural end-point to Ripley's struggles. 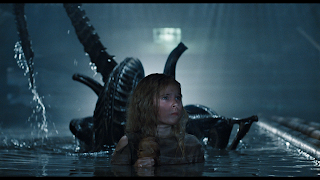 For all his technological innovations, Cameron is a total classicist in his action scenes, with long, flowing shots of all hell breaking lose. He was dabbling with the chaos of handheld 20 years before it was cool, with the first action scene in Aliens largely seen through the cameras on the heads of the grunts, putting the viewer right in the midst of the horror.

But most of the time, the action is more observational than immersive and coolly detached from the blood, sweat and fears. You're still worried about Sarah Conner, but you can see exactly how much shit she is in when she faces off against a metallic monster.

The action scenes also work because he doesn't just pace them as individual scenes, he paces them as part of an overall movie, which is much harder than it looks.

Take, for instance, the action in Zach Snyder films, which is usually loud and colourful and bombastic as fuck, but often weirdly detached from the rest of the movie, it's a cool, scene, but only a cool scene, while Cameron's action is a vital part of the whole story. 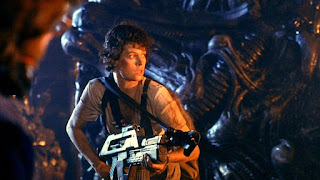 To use another fairly recent example of a terribly structured action film that could learn a few lessons from Cameron, you can go back to the latest Bond. Spectre builds to nothing – one of the biggest explosions in movie history is almost a footnote in the background, and then the film goes nowhere after that.

It totally runs out of ideas, just as things should be ramping up, and there is some half-arse running around a dark London. Even a crashing helicopter reeks of cliche, and the film doesn't build to anything, with the usual bullshit daddy issues substituting for any depth. Instead of leaving the film on a high, it ends with a sigh of boredom. 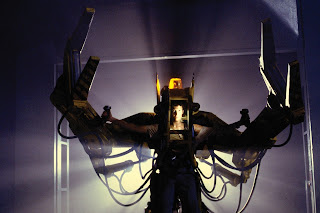 Cameron is well into his sixties now, but is just as driven when it comes to his particular passions. There haven't been as many films as they were early in his career, because he's been tinkering with the technology behind the scenes.

And who can blame him? He's has written the rules on how to put a large-scale cinematic on screen, and many blockbuster creators are still just catching up, or willfully ignoring his lessons.

After all that, he can spend as much time on the dippy hippy dayglo world of Avatar as he likes.
Posted by Bob Temuka at 1:41 PM

One of the best structured films for this sort of thing was Gladiator. Much like Aliens, the smaller the scope of the fight, the more it mattered. We go from huge battles to one man vs. one man, and it matters more and more. It doesn't need the explosiveness, it doesn't need mind-blowing visuals. It just needs to matter.

Aliens was the same way. Sure, the first fight was intense, but there were throw-away characters getting thrown away. As it got more personal, it became more intense, until it was finally Ripley vs. the Queen. And that was what mattered. That's what it all boils down to.