A week of recycling: Home, again

I still miss my old town something fierce, and never, ever want to go back and live there...

My real name is Bob Smith, which is about the most generic English-speaking name you could possibly have. This means that people are always forgetting my name, unless they're fans of The Cure, and that usually means I have to smile at their crap jokes about how boys don't cry or the fact that it's Friday, and I must be in love.

Those jokes never get old.

So when I decided to start writing this blog, I needed a new name (which is nothing new in internet culture – I already had a couple of discarded alter-egos), and it didn't take long to come up with something.

People always forget that I'm Bob Smith, but they usually remember when I tell them I'm Bob from Temuka. 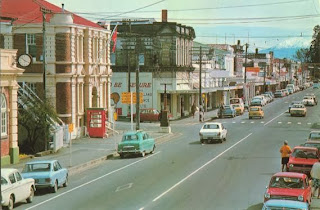 I haven't lived in Temuka for more than 10 years, but it's still my home town. It's small – only about 4000 people – and it's located right in the middle of the East Coast of the South Island, about 200km south of Christchurch and 20 kays north of Timaru.

I was actually born in Timaru – another modest town of around 30,000 people - and spent the first nine years of my life there, before my family moved out to Temuka on the night David Lange's Labour Government came into power in 1984.

I move there when I was nine and stay there until I'm 18, and that's a fairly significant period in anybody's life. I came back ten years later for another couple of years, before moving away for good. A lot of my family and my very best friends still live in Temuka, and I still visit about twice a year.

I still think of myself as a Temuka boy, and while I’ll probably never live there again – not after marrying a proper city girl – it’s still one of my favourite places in the world.

But the main reason I used the town name here, and the reason I'm writing abut it now, is because it's the town where my love of comics became a full-blown obsession, and every time I head back home, literally every single street is somehow tied to some kind of comic in my mind, because that’s the sort of thing that happens in my head. 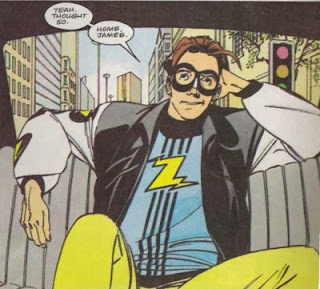 I always associate comics with the places I first got them, or read them. I buy comics when I travel overseas and sit them on the bookshelf to remind me of the lazy afternoon when we went wandering around Dublin, or a frenetic day barrelling around the stores in New York.

But it’s not just like that for the big travels – I have a stupidly good memory for where I first read hundreds and hundreds of comics in the dullest places. I can still look at a Whizzer and Chips I bought in 1982 and remember that I first read that in the kids’ ward at Timaru Hospital, and I can remember the exact spot on the street, down the south end of town, where I got to the big twist at the end of Morrison and Yeowell’s Zenith.

Especially in a town where I really did get more and more obsessed with comics. While a lot of friends grew right out of them in those long teenage years, I just loved them more and more. 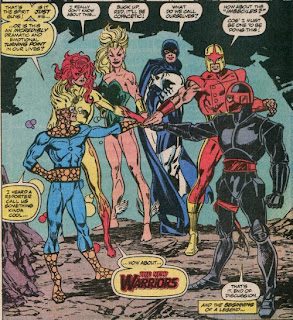 Temuka is a tiny town, so there wasn't a hell of a lot to do when I was growing up there. In summer, you could go swimming down the Opihi River, and that was about it. It's a flat town, so you could bike anywhere, but there wasn't really anywhere to go.

But even in this tiny town on the arse end of the world, there were comics. There was no comic shop for hundreds of kilometres, but there were two small bookstores that had a surprising amount of material, (even if it wasn’t all that consistent), and more than half a dozen dairies where you could find all sorts of material.

There was the dairy on Maude Street where I found the best free gift ever, and the dairies on King Street would often have semi-recent DC comics for a dollar like this one. The shop on Denmark Street was the place here I got the last issue of Camelot #3000 and the first issue of the New Warriors, in that unfortunate order.

Temuka Stationery was a great bookshop for finding random issues of the Official Handbook Of The Marvel Universe (Deluxe Edition), but Baird's bookshop was the best store. I bought every issue of 2000ad between 1986 and 1991 from there, and was an eager subscriber to multiple X-comics. You were still guaranteed to miss an issue a year, but it was still pretty regular. Mr Baird used to write the New Zealand price on the cover in ballpoint pen, and I still own a lot of comics with his distinctive $2.85 on it. These marks still drive my mate Kyle bonkers, but I like 'em. They remind me of home.

The town wasn't just a supplier, it was a setting. I still associate GI Joe comics with the Temuka High lunch area, and the Inferno crossover is undeniably linked to the Temuka RSA. Cam Kennedy’s Judge Dredd art (and Jon Pertwee Doctor Who) will always be associated with the Temuka TAB, and I still have one of the Eagle comics I found on a bench down Hill's Creek.

I remember reading the first issue of Marvel's short-lived Nightmare on Elm Street magazine in the spacies section at Lester’s fish and chip shop, and I remember someone stole it from me while I was playing Rastan. And I remember reading my first proper Sandman comic while sitting in the grandstand down the Temuka Domain.

Soon after I learned to walk, I learned to read while I walk, and the streets themselves are drenched in memory, because I would always read my new comics on the walk back home. I nearly got hit by a train while reading the T2 comic adaption while ducking through the train yards, and I got stuck in all sorts of worlds on those wide, empty streets. 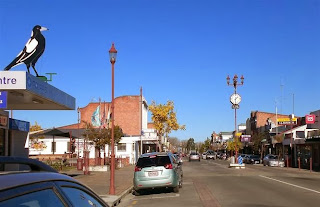 Things have changed, of course. They always do.

Last time I went back, Baird's Bookshop was long gone, replaced by a $2 shop, and Lester’s fish and chip shop, and that back room of spacies at Lester's - where I spent a vast amount of my teenage years - doesn’t exist anymore. But there are still those vast, empty streets, so full of memory, and every time I go back, I make a point of going for a bit of a wander, and get lost in the nostalgia.
Posted by Bob Temuka at 2:34 PM