There is no shame or embarrassment about being an adult who loves comic books. Partly because we live in a world where the geeks have won and even my Mum knows who Hank Pym is,  and partly because there is nothing to be embarrassed about here.

I have never felt any shame about it, even when dickheads still think it's the funniest fucking thing in the world to see a grown adult reading a superhero comic. I don't care what they think. Not since the day I got the first Batman movie adaption. 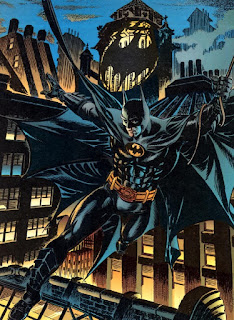 When I'm 14, my class goes on a big, exciting field trip to Christchurch, which is the closest big city, a couple of hundred kays away. We're going to see some Shakespeare or some shit, (although I really think it might have been The Crucible), but we also get to do big city things like go to McDonalds, and go to the big spacies parlours, and check out a proper shopping mall.

It sounds sad as shit, but it was very exciting. It's 1989 and we come from a town of 3000 people in the middle of fucking nowhere on the arse end of the world, and shopping malls and McDonalds are a taste of the fucking future.

When we all get back on the bus to go home, Rachel, a smart and funny classmate, sits beside me and shows me some godawful earrings that I'm easily able to lie about because I've got two sisters, and then she asks me what I bought at the mall.

I had got a Batman comic, and I didn't really know if I should show her or not. 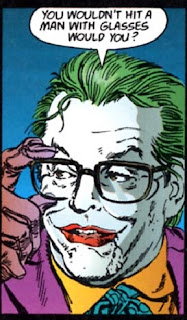 Like everybody else in the entire goddamned world, I was a mess in my early teens. All those hormones, all that weird shit you have to go through.

It's a time when you have to grow the hell up, and give up playing with toys, and start going out with girls, and all that crap. Some things are harder to give up than others, and some things you just can't give up completely, no mater how many times other people tell you that you really should.

Comics are the thing for me. In a lifetime of buying, reading and collecting the damn things, it's in my early teens when I come closest to going full turkey and give them up. I can't be reading these childish things any more if anybody is going to take me seriously. 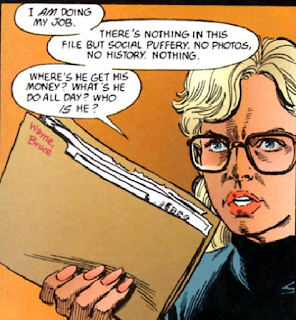 Fortunately, I don't really give a shit if anybody takes me seriously or not. Comics have always been the thing, and they always will be. And I keep up a teenage habit, fuelled by New Warriors slickness, and Jim Lee's X-Men, and the Dead Man saga in Judge Dredd.

But it does goes behind the door. I'm still getting 2000ad every week, and Uncanny X-Men every month, but don't go on about it. I don't bring them into school, and only talk about them with my very best mates, who are all just as shudderingly dorky as I am. I don't talk about comics around normal people, and I especially don't talk about them around girls.

But my fever for comics builds throughout the teenage years, and when the Batman movie comes out in 1989, I'm going crazy for it. So when we go to the big city, and I see the movie adaption for sale for five bucks, I had to have it. It's in the prestige format, has got some sweet Jerry Ordway art, and will keep me going until the movie comes out in video, months and months away.

And when Rachel asks me what I got, I don't want to tell her.

But then it's a moment of clarity, and a total 'so what' moment? I might as well share it and show her that I bought a Batman comic, and tell her how fancy it is. She might laugh at me, she might think I'm a fucking nerd, but I'm okay with that. After all, I really am a fucking nerd. In the words of the immortal philosopher, Popeye the sailor man, I am what I am. Why hide it? 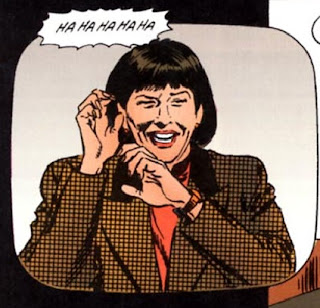 Rachel doesn't laugh at me when I show her the comic book. She reveals that she really liked the Batman TV shows when she was a little girl, and we spend the rest of the bus trip talking about that instead. I have to lie again, because I'm 14, at the stage in life when the campy Batman was the absolute worst thing ever, and it'll take me a while to grow out of that.

But we talk about Catwoman and King Tut and Cesar Romero's mustache, and it's no big deal. It never is. 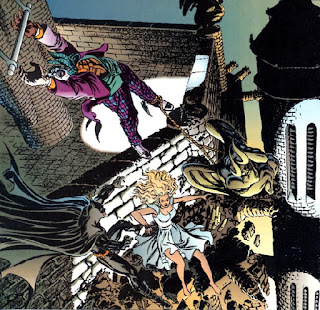 In the years since, there have still been plenty of people who think comic books are inherently childish, and roll their eyes and make a smart comment when I'm trying to enjoy some motherlovin' BPRD. I don't bother getting agitated any more, I just feel sorry for them. They're missing out on some amazing art, and we could all use some more amazing art in our lives.

That's the real growing up, that I didn't even know I was doing. And this was just one example, Rocky Horror was saving me from being a homophobic shitheel, and I was just a year or two away from my first real adult comic book. There was a lot of change going on, and I looked like a fucking geek while I was doing it, but it was a shitload of fun.

You can spend your whole life worrying about what other people think if you, or you could just get on with your life. No choice. No shame.
Posted by Bob Temuka at 6:24 PM