Nobody expected the Bourne movies to be the defining spy action films of the early 21st century, but that's what they turned out to be. When the first film opened in the early 2000s, it looked like just another middlebrow spy effort, like so many others, only to turn out to be so much more.

There are plenty of reasons for the artistic and commercial success of the movie series – a fierce devotion to political relevancy, Paul Greengrass' eye for hyper-reality, Matt Damon's awesomely blank performance, even the way it achieves the miraculous and makes a ropey old Moby song still sound super cool.

But the real appeal of the Bourne films can be boiled down to three main points - of efficiency, of action, and of compassion. 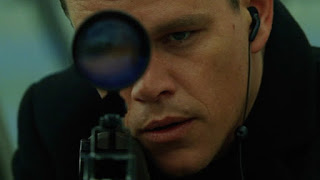 The Bourne films obviously grew from the Bond legacy, mixed up with a bit of John La Carre seriousness, a dash of Jack Ryan charm and left to percolate in a modern filter. But they were also heavily influenced by the sharp professionalism and deep-set efficiency of Michael Mann's films.

Bourne is almost a pure Mann character, smart, fast and ruthless, and totally self-aware. He's always thinking two steps ahead, and getting out of situations with the utmost efficiency. He doesn't waste any effort, never second guesses himself, and lives with the consequences.

Jason Bourne doesn't waste a step, and, wonderfully, the filmmakers give the audience enough credit to follow him. By the time you're starting to wonder why Jason is wrapping towels around his hands, he's already using them to vault over walls with broken glass on them. And this efficiency bleeds right though to the plot, with stories that have no fat on them - never hesitating, always moving forward. By tapping into thoroughly modern fears of mass surveillance and rampant globalisation, the stories make big points about life in the 21st century, without ever getting too preachy on it.

Jason Bourne doesn't stop moving, and his story doesn't stop either, until he's got the result he wanted, and until we've seen the injustice he's fighting. 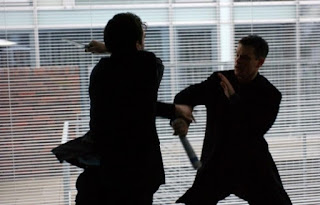 The second great thing about the Bourne films is a natural by-product of that efficiency – it has some awesomely kick-ass action scenes. Ever since his first real fight against another hyper-killer in his Paris flat, the sight of Bourne laying the smackdown on some other poor fool is one of the great sights of modern cinema.

The one-on-one fights are endlessly inventive, with the use of magazines, pens and hardback books as weapons. And again there, is no wasted effort, no posing or showing off. Whatever gets the job done as quickly as possible.

Each of the films also features some kind of bonkers car chase, racing around some great city of the world in fine and utterly implausible style, full of crunching metal and high speed skids. It's all well and good to bang on about the dangers of the oppressive state, but you can't beat a good handbrake skid around an internationally renowned monument.

The thrills these films have generated with their fighting and chasing has influenced the way action films have been shot ever since, with many poor imitators over the past decade, as everybody seemed to learn the wrong lessons.

It's undeniable that the Bourne movies are full of shaky camera, but they still crucially manage to hold the image in the frame, even if it's still bouncing all round it. It's tough to go for that  immersive vibe without actually losing clarity, but through exceptionally smart staging and some clever use of sound design, it's always clear what's going on, no matter how chaotic it gets. 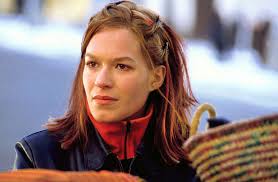 But the best thing about the Bourne films isn't the fighting, or the way Jason Bourne can disappear into a crowd without breaking stride, it's the way the films are all about the importance of showing a little compassion, of letting in a bit of humanity

After flirting with this idea for a while, the Bourne films transcended their genre at the end of the second movie, when Jason doesn't shoot the scuzzy Russian bad guy in the head when he's got him at his mercy, and walks away to tell somebody how her parents died instead. It's not the revenge story you think you've been watching. It's just somebody wanting to know why they lost somebody they loved.

These movies are all about Jason Bourne becoming a human being, and part of that is not being a psycho killer who shoots people in the head. He gets into the whole mess because an evil genocidal dictator is also a beloved daddy, and actually kills surprisingly few people during the films. Those that do die tend to meet their demise at the hands of others, or put Bourne into an impossible situation of kill or be killed. 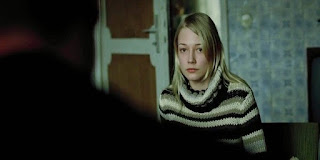 But he never gives in to cruelty. Even better, empathy becomes a virus, and showing compassion spreads throughout this organisation of fucked-up killers. Some never change, but others become genuinely baffled by a non-violent resolution, and even start to crave it.

By the end of the third film, it's even saving Jason Bourne's life, as another killer whose life was spared passes on the favour and learns a simple lesson. It turns out that, remarkably, breaking a cycle of violence can actually be a good thing. After a slight lapse in quality control with the last Matt Damon-less effort, another film in the series is coming out soon. And as surprising as the overall success of the Bourne films has been, it was no shock that the most exciting thing to come out of the latest round of Superbowl movie trailers was a 40-something-year-old man decking some poor schmuck with one punch.

Damon and Greengrass always said they would only come back to the Bourne films if they had a decent story to tell, and it's a different world now from the one we had when the series was launched, with a whole new bunch of things to be paranoid about.

Jason Bourne has no time for that paranoia. He's too busy moving, too busy turning into a human being as efficiently as possible.
Posted by Bob Temuka at 12:30 PM