Moving out of home with Marvels and Mr Punch


I have no idea what the hell I'm doing when I move out of my parents' home, somewhere in the mid-nineties. I've just turned 19, and in a spectacularly ill-advised display of independence, I've moved hundreds of kilometres away, to live in a shitty flat in Dunedin.

I don't have a job, or a girlfriend, or a car, and I have no fucking idea what I'm doing with my life. Almost all of my friends went off to university, and I followed some of them to the new city, but I couldn't bear the idea of spending one more goddamn day in school.

And the comics I bought that first weekend I moved out of home still reek of that fear and bullshit, while still providing an invaluable link to the past, and the glorious promise of future possibilities 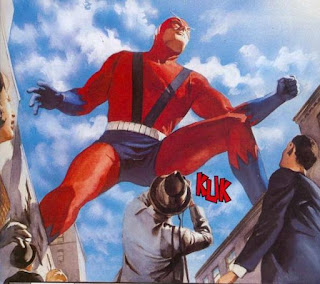 I'm on the dole when I first move out, so it's life on an incredibly strict budget. I somehow survive on a food budget of $20 a week – which means lots of cornflakes, pasta and $1 pies – and also put aside $15 for booze – just enough for a couple of riggers and a scrumpy cider, or the cheapest, nastiest bottle of vodka, anything to get through the blasted weekend.

My comic budget, however, was $30 a week, because I knew my priorities, and would frequently forego things like lunch in favour of a new issue of From Hell or Legion of Super-Heroes. It's still an expensive habit, and I have to give up long-running Spider-Man and Superman runs, because there is only so much I can actually afford.

But I don't have any money to actually go out and do things, so when I'm not going for long, rambling walks around the city, I'm spending vast amounts of time stuck inside my shitty flat, and reading my comic books over and over again really do help. I'm pretending to be a proper adult, but I'm still a teenager and when it all gets a bit much, and too big, and too scary, I always have the comics to dive into, and get away from the world. 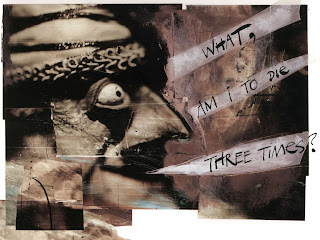 And when I first set up in the city, and have paid my first bond and rent, and have all the plates and cutlery and towels I need, the last of my setting-up money goes on a couple of fancy comics. This is the first time I've ever lived in a city with a comic shop before, and I'm going to mark the goddamn occasion with some comics that I'll keep forever.

Again, this is the mid nineties, and the whole trade paperback thing was just really kicking off, with the big comic companies suddenly realising how much money there actually was in collected editions, so I snapped up two recent and new comics in this great new format.

They say you figure out your tastes when you're 19, and set yourself on the type of movies and TV and comics and music you're always going to like. I don't know about that, but one of the first things I did on that first weekend as an adult was head out and get Marvels by Kurt Busiek and Alex Ross, and Mr Punch, by Neil Gaiman and Dave McKean, and I still think they're both bloody brilliant, all these years later. 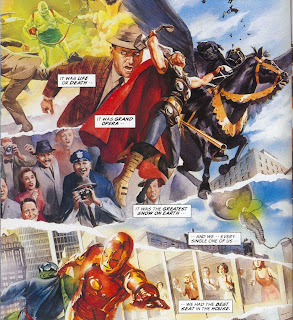 Marvels was a happy connection to the past. I had to give up most of my Marvel comics I was getting, which wasn't that hard because, again, it was the mid-nineties. But Marvels' trawl through the history of that weird and wacky universe was such a wonderful capture of how crazy it all was.

On those long winter nights of the first year on my own, when there was only a two-bar heater to offset the wind creeping in through the dodgy windowsill, there was real warmth in this utter sentimentality, and in the startling realism of Alex Ross' light sources.

All my Marvel comics were a long way away – it would take a couple of years before I got all my comics together again – but everything I had always loved about the universe could be found in this one new book. It was pure comfort. 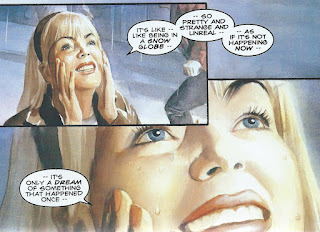 But it wasn't all unfettered nostalgia - Busiek's script was also a sign of the future, and of new possibilities, which was just as welcome in this terrifying new world.

It was a more introspective tone than Marvel's usual bombast, with a fond retelling of classic tales given new depths. Just as much as Ross inspired a mini-boom in static, painted superhero comics, Busiek's script promised a more complex, yet warm, voice to this sprawling universe.

Gaiman and McKean's Mr Punch couldn't more different on a superficial level, but had that same connection to the past and future.

The book actually made me feel less homesick, not just because of its wistful, nostalgic and slightly perturbed vibe, but because the creators' earlier work, Signal To Noise, was the only proper graphic novel in the library at the town I had just left, and I had read that book over and over again in the previous few years. 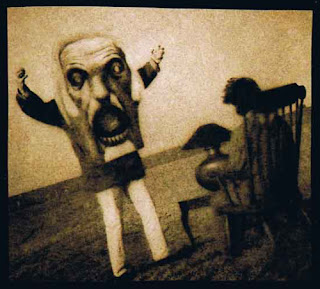 And there it was again, all that possibility. After years of regular, mainstream comics, something as experimental as McKean's collages and Gaiman's breakdown of anything were intoxicating, and inspiring me to seek out more challenging stuff.

This was, to me anyway, a new way of telling tales, with the script leaving out key elements of the story, with the real tale in the spaces in-between moments, in the things left unsaid. It was such a pleasure to have something that credited the reader with a bit of intelligence, even if I still haven't figured out what was really up with the mermaid, all these years later.

As terrifying as all this new responsibility and expectation was in my life, there were always new ways at looking at things, and new ways of telling stories, and can help someone at their most vulnerable. 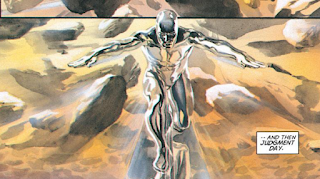 All this is 20 years ago now, but I still own those books. They're still on the bookshelf beside me, and they're just as fun and interesting and comforting.

I'm certainly a different man to the one I was all those years ago. I've figured out some things, got my shit together in others, and positively excelled at one or two things in this life.

I still don't know what the fuck I'm doing, but I'm getting there. And there are always more comics – both old favourites and new thrills – to get me through the worst of it.
Posted by Bob Temuka at 6:30 PM