They have their charms - especially Invocation of My Demon Brother and Lucifer Rising and their ultra-trippy imagery - but they're certainly not for everybody.

I've watched them all, getting drunk one weekend in 2001 and hiring them all out from Alice In Videoland in Christchurch, and I just got a funky DVD of his works imported from the UK. But I don't think I've ever recommended his films to anybody I know, even the biggest movie nerds I've met.

And yet, with such a limited audience for his crazy and beautiful ideas, he's still managed to influence modern culture in two huge ways. Some of the greatest artists, musicians, writers and filmmakers of our time have managed to influence culture in similar ways, and they only manage to do it once throughout their long careers.

Kenneth Anger did it twice. 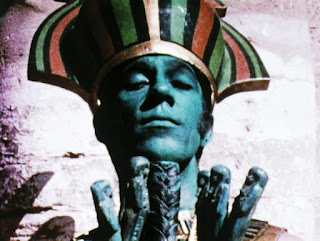 The first instance took some time to catch on, but can now be seen in nearly all of the films showing at your local multiplex. Unless they are some science fiction of fantasy nonsense, or have some scintillating synthesizer, modern movies are saturated with pop songs, often to excellent effect, often to mediocre effect.

And yet, the transition from full on film scores to pop magic is only a relatively recent addition to the story of cinema, and Anger kicked it all off with Scorpio Rising.

It's a short film, totally gay in the best possible sense of the term, with a heavy focus on leather, motorbikes and the occult. And it would be the nothing more than the smallest footnote in the history of film if Anger hadn't done something fascinating with the soundtrack. 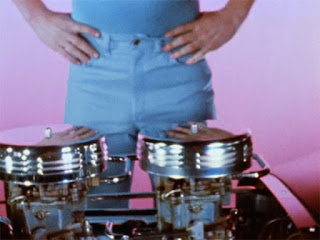 He put modern pop songs onto the film, and there was a sudden zing of divine beauty, as images and sounds combined in a whole new way, offering new juxtaposition and energy to the filmed image.

It still took a while to catch on, but one young filmmaker who took note of the movie was a Mr Martin Scorsese, who has become an artist at matching a good tune to a good image. And Scorsese has gone on to influence a thousand thousand other filmmakers, to the point where any movie set in the modern day feels weird without some kind of musical accompanist. It's given films as different as Pulp Fiction, Sleepless in Seattle and the Guardians of the Galaxy a whole new level.

It might seem like a trivial and silly thing to inject into modern culture, but it's still there, and Anger still did it first. 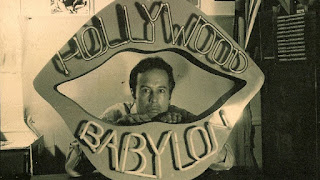 His second big influence on everything was even bigger, and can be seen in almost every newspaper and news bulletin on earth.

When Anger wrote his Hollywood Babylon books decades ago, they were written with a gleeful malevolence, as Anger picked the scabs off Hollywood's biggest stars. A minor player in the game of cinema ever since he appeared as a child in a 1930s adaption of a Midsummer's Night’s Dream, Anger was only too happy to share some of the biggest secrets he heard.

So Hollywood Babylon became the first place to really dig the dirt, and serve it up to a huge audience. It's where most people first found out about James Dean's habit of putting cigarettes out on himself, or saw the horrific effects that WC Fields' lifetime of drinking had produced, and there was plenty more murder, intrigue and malevolence behind Tinseltown's bright lights, with plenty of nasty photos. It didn't even matter if most of it probably wasn't true. 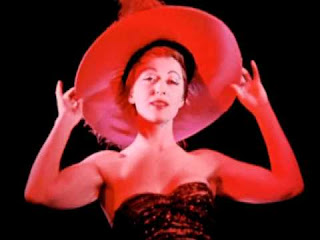 It was still scandalous, and still seen as dirty and grubby, but Anger's books showed there was an insatiable demand for celebrity dirt, and it's spawned an entire industry of salacious gossip today. Actors and musicians and other celebrities live and die by this strange news cycle these days.

The tabloids and mainstream news outlets that took Anger's style and ran with it might not be prefaced with a quote from Aleister Crowley, like Hollywood Babylon is, but they all owe debt to Anger's first efforts. 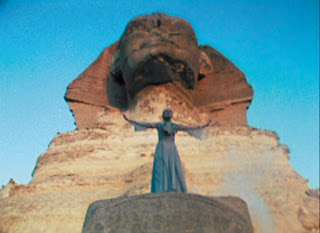 Kenneth Anger is still kicking around now in the year 2016, when so many other good and godly people have passed on, which says something about the health benefits of Satanism.

But I like to hope he sees some of the beautiful mess he has left behind in his idiosyncratic career, and the way we all came around to seeing movies and celebrity culture the way he does.
Posted by Bob Temuka at 4:13 PM

He once wanted to put a curse on musician David Mitchell (3Ds) because of this song. Anger, who was visiting NZ, apparently turned up at the bfm offices spitting angry and demanding to see the miscreant responsible for writing a song about him without permission. He calmed down once he heard the song https://www.youtube.com/watch?v=gA8bzmwg_4k

I think he talks about it here,