Mad Men: The moon belongs to everyone


Mad Men is still one of the richest television shows on offer – it is as emotionally dense, unapologetically intellectual and achingly stylish as ever.

It is also one of those rare shows that gets better every year, as all that weird complexity and clumsy humanity piles on top of each other, and people fall in and out of love, and fight to the death for careers and pride, and make what family they can out of the mess.

This year's run of the show has been no exception, and its final two episodes were just sublime television, all capped off with a genuinely moving song and dance number, as a ghost shuffles off stage with a shuffle and a wink. 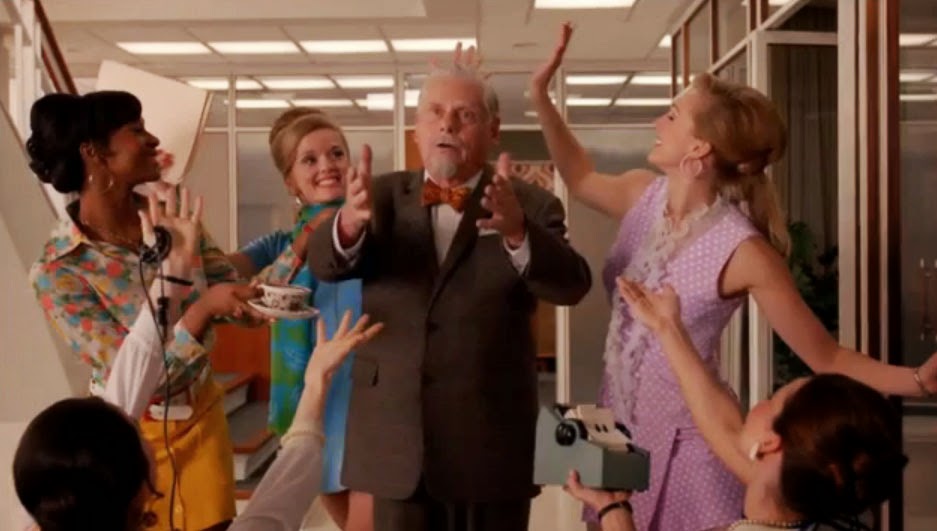 Nobody would have felt short-changed if this year's half-season of Mad Men ended with the penultimate episode, and Don and Peggy and Pete sitting down for a crappy meal in a crappy fast food joint. These strange people, who have all done such terrible things to each other, finding some comfort in each other’s company.

We might hate these characters for what they do sometimes, but we can never hate them as much as they hate themselves, and any chance to find some peace of mind is always welcome.

But there was still another episode to come, and are some last episode thrills - the plan to get Don out, thrown askew by a clumsy flirtation, ultimately resolved by the usual heist-like shenanigans; some sign that Sally Draper isn't making the same mistakes as her parents, (ignoring the dull beefcake for the guy who actually feels something); and everyone, everywhere connects for one shining moment as man walks on the moon.

It's also typically mirthful - for all his faults, Jim Cutler quickly knows when he is beaten, and Harry Crane hilariously loses again – but also soaked in melancholy, as the mighty Bert Cooper merges with the infinite, seeing humanity reaches its highest technological achievement, and checking out while the going is good. 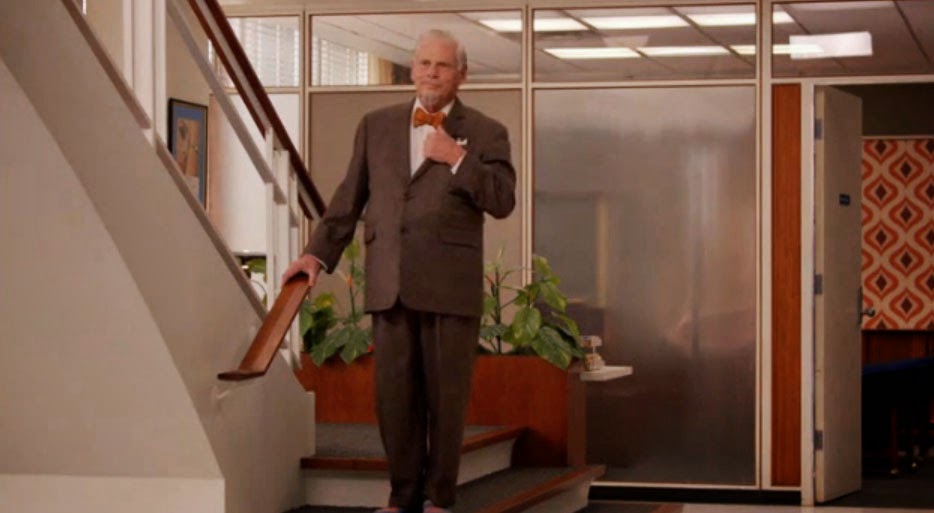 So far, so Mad Men. And then, Bert reappears as a ghost, twirls his ass, reminds us that even after a lifetime of selling shit that the best things in life are free, nods and heads out the door for the last time.

Bert Cooper. He didn’t wear any shoes, but he was an absolute showman to the very end. 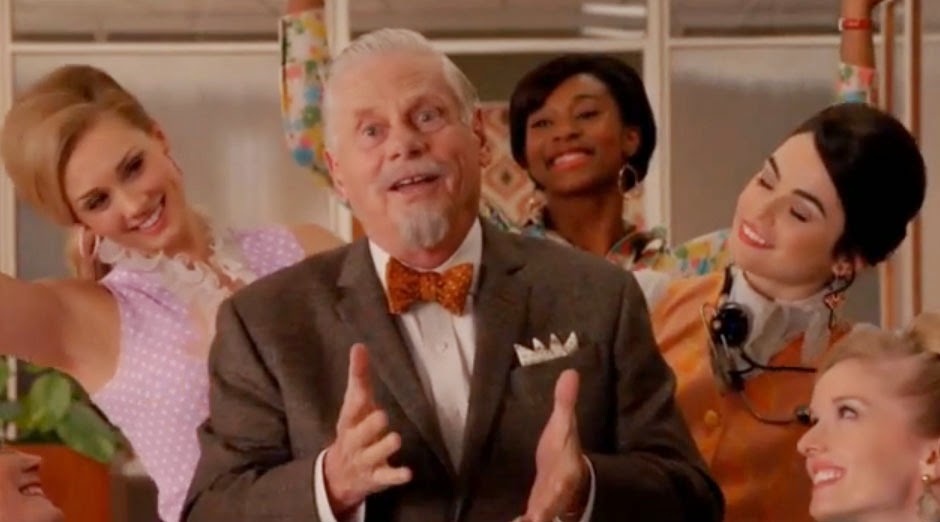 It has been incredibly funny to see some viewers try to rationalise Don’s vision of the dancing deceased – convinced that Don is dealing with the DTs, as if a moment of moving picture joy can only be suffered if is explained and analysed. It can't just happen, and be left unexplained.

But it can, because the simple explanation is that it happened because this is a TV show with the creative balls to shift into a bit of Dennis Potter-inspired musicality, and you can do and say so much with a song and a dance, so why not?

After all, a lot of the appeal of this final scene isn’t bound into the strictly superficial world of Mad Men, and that the big encore is just a chance for the great Bobby Morse, an old school song and dance man, to give a final farewell to all those wonderful people who clapped and laughed for him.

After a lifetime of hard graft in movies, television and theatre, Bert Cooper is likely to be Morse’s last major role, and he has been fantastic with the character’s zen stoicism and unbending loyalty to his team, but it was a true delight to see him come back with an unexpected encore.

We all don't like to think about the fact that all things must end, and that one day we will be gone and the world will carry on without us. But we can all hope that we will meet that inevitable end with some kind of grace and dignity, and if you can leave with a smile and a song in your heart, you've won the game of life. 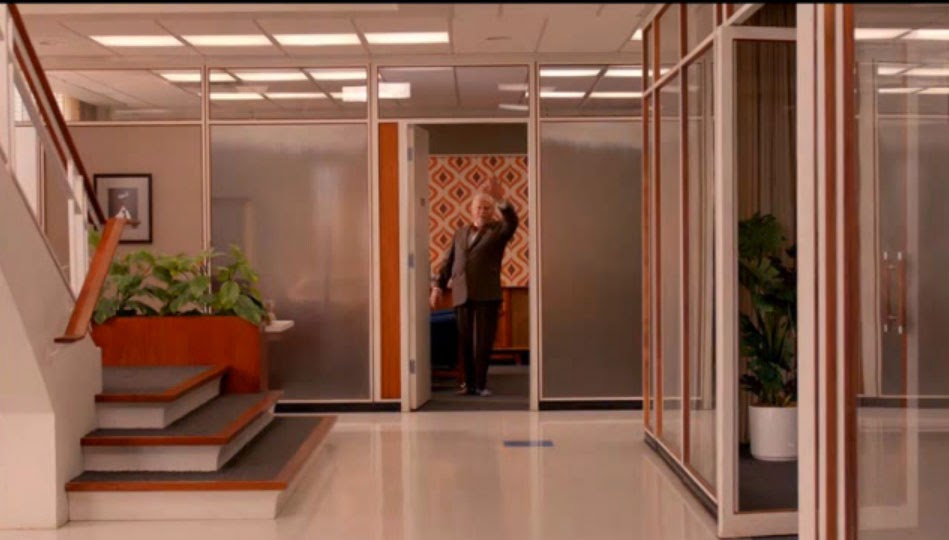 I'm always a total sucker for stories that go out with a song and a dance. It might have been all those Asterix books I read growing up, which all ended in a big party of glistening boar, spilt beer and a trussed-up musician.

I’m also a total sucker for stories that have moments when reality breaks down, and somebody sees something impossible, but sees truths in that impossibility. Bert Cooper’s last little song and dance is the most intensely moving thing I’ve read, seen or heard all this year, and the most intensely moving I read, saw or heard last year was a similar impossible moment in the recent An Adventure In Space and Time - the story of the creation of Doctor Who - when William Hartnell sees his legacy standing in front of him, in the form of the eleventh Doctor.

I know that Hartnell didn’t really ever get such a glimpse of the future, but in the confines of a TV drama, where space and time can be recreated in the studio, it’s an effective way of capturing the long legacy of a silly British TV show, and to give Hartnell a little comfort at the end, knowing that he has helped create something that will last lost after he is gone, and inspire millions of kids. 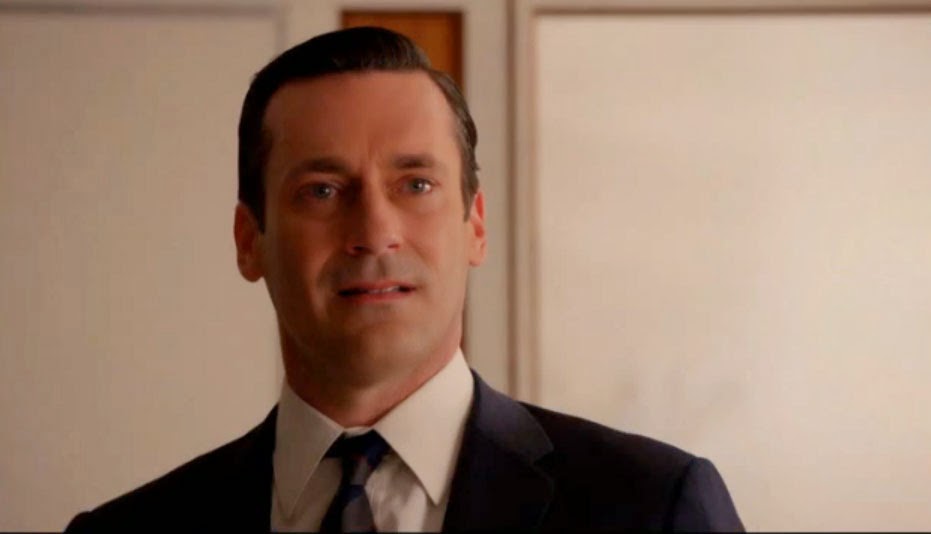 Don Draper isn’t comforted by his impossible vision. He is left drained and shattered by the post-mortem performance, unable to stand, his grief at the loss of a mentor who had always stuck by him, even at his worst, weighing him down.

It's wonderful to see Bert go out with a grin, but we still hate to see him go at all, and this little ghost story has little comfort for a man who is still terrified he hasn’t done anything, and has nobody to share the best things in life with.

There are seven more episodes of Mad Men to come next year, and while it’s unlikely to feature much more in the way of intensely moving song and dance numbers, there are certain to be more surprises, and more rich drama to sink your teeth into.
Posted by Bob Temuka at 10:05 PM