Passion for the unreal: Why it's okay to care deeply for stupid shit

As one of the biggest Game Of Thrones nerds in the office, (but not, notably, the biggest), I had the great pleasure of getting roped into a weekly round-table round-up of the latest episodes of the show. We’ve done four so far.

The most direct feedback I’ve got on it so far was in a comment from a reader named Roscoe which insinuated that I was thinking just a bit too much about this silly TV show, and that I “needed to get out more”.

At first I thought about asking Roscoe if he was inviting me out on a date, but then I just let it go, because I had to do some of the moderation for all our online comments last week, and at least 23% of my soul died doing that, so, you know, fuck Roscoe. Who gives a shit what he thinks?

Besides, I’m not embarrassed by my passion of all things Ice And Fire. We can all use a little passion in our lives. 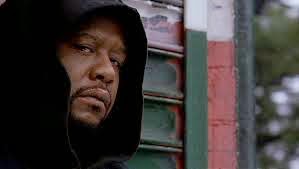 I don’t get genuinely upset with the fictions I consume - I can get annoyed or be appalled by current trends in mainstream comics or television, but that’s nothing to the anger I feel at real-world injustices. There were tonnes of valid points made over Jamie fucking Lannister's horrific behaviour in last week’s episode of Game of Thrones, but I do wish the dreadful events in Nigeria got a tenth of that attention. One is a TV show that's not real, and the other is a situation where hundreds of teenage girls can be kidnapped into a life of unimaginable horror, and nobody fucking does anything.

But I do still care about the entertainments I inhale on a daily basis, and they do make me feel smarter and more empathetic and a better person and all that. I do genuinely care more about those horrible events in the real world, combined with the frustration that I can't do a fucking thing about it, except talk about it. But you can’t obsess on that kind of thing without falling into some kind of dark pit of despair, and you can still be passionate about things that aren't real at all.

So I do care about the dumbest shit. I do get properly excited when something is properly stimulating, and sometimes that makes me the Biggest Fucking Dork In The World, but I'm not ashamed. We should never be ashamed of this crap. 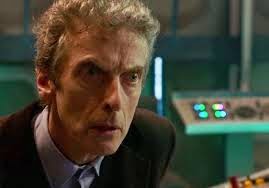 After all, what's the alternative? Passive consumption of entertainment? Taking it all in, but not giving a damn? Greeting some fine piece of thrilling art with a meh? Fuck that. Where's the fun in that?

I do believe that we are put on this world to experience love and beauty and wonder and fun, and our entertainments aren't just total time-fillers, they're part of that life-long experience. We love the silly love songs and the terrible TV soap operas and the mindless blockbusters, because that's part of what we're here to do.

And it really can be something to live for – I can't die yet, I haven't seen the new Doctor Who, or read the latest Love and Rockets. It's a major theme in Jim Jarmusch's terrifically languid Only Lovers Left Alive, as immortals only find the energy to get out of bed by discovering some new thrill or novelty, stimulated out of existential despair by an emotional musical performance in some random bar. 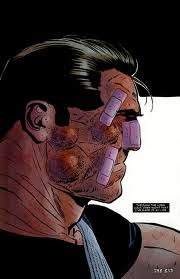 So when people make fun of me for thinking too much about this shit, I just take it with a slightly pained smile. I got a little over-enthusiastic talking about Garth Ennis' Punisher Max series last week, ("no, you see, the Long Cold Dark is his LIFE"), and I could see I was losing the person I was talking to, but I couldn't stop myself.

Because I do get passionate about this shit, and it's not worth trying to hide. It's who I am. I care about these things, and I'm not ashamed of it. I care about Vance Astrovik, Devlin Waugh and Archie Andrews. I was genuinely worried about the fate of Rusty bloody Venture when that giant disco ball fell on him. I still enter the local comic shop with a dorky skip in my step ever week, desperate to see what Daredevil or the BPRD crew or the Eltingville Club are up to.

I've had surprisingly powerful emotional outbursts after reading the silliest comics, and I had to swallow back some tears at the end of the new Spider-Man the other night, even though the film itself is deeply average, and even though I have had decades to deal with that particular twist in the Spidey-saga.

I care about Robocop and Animal Man and Gob Bluth. I don't want Judge Dredd to ever die, but I know he will. I love all this stuff so much, I can't fucking shut up about it.

I'm feeling slightly melancholic by the fact that Fables will be wrapping up soon, although it's balanced out by a satisfaction that it will get a proper ending. I care about Marsha Washington, Enid Coleslaw and Kitty Pryde.

I care about all sorts of shit, hundreds and hundreds of little things. on a deeply fundamental level, because it's so much fun, and intellectually stimulating and beautiful. 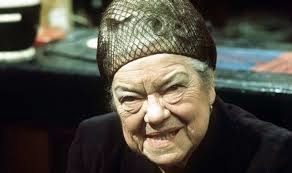 So when people get excited about things I don't like, I don't really judge them for their passion. (I might judge them for their taste, but that's fairly harmless.) I think Coronation Street is the worst thing in the history of forever, and I still have nightmares about Ena fucking Sharples, but I would never belittle those who love it, for loving it.

I care about comics and stupid horror films and forgotten TV shows, and sometimes I care too much, but I don't think I need to get out more. I can still care about this stuff and have a normal life on the side.