A large portion of my superhero comic diet in the 1980s came in the form of cheap black and white Australian reprints. You could get a whopping hundred pages of story for 99c, but it was on the cheapest paper, and comics were often cut up and re-pasted to suit the new format, with the seams clearly visible.

But they were ridiculously cheap, and they were absolutely everywhere, and the original comics didn't always make it over from the States, so this is where I first discovered things like Byrne's Fantastic Four and Miller's Daredevil. And this is why I thought a simple four-part World's Finest story was the greatest Superman/Batman story ever.

It clearly wasn't. But the version in my head, where the comics really live, still might be. 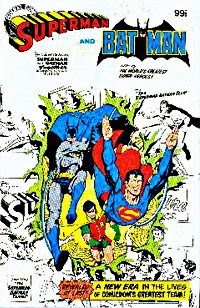 World's Finest issues 285-288 were reprinted in one chunky comic by Federal comics in the simply-titled 'Superman and Batman' comic in 1984, which means I was nine when it showed up on shelves – primed for some slick super-action.

And Superman and Batman delivered what I needed – it had the world's mightiest chums facing a physical, psychological and spiritual attack from the sexy Madame Zodiac and a giant smog monster in a goldfish bowl. There was ultra-slick art from Rich Buckler, staggeringly stylish illustrations by Trevor Von Eeden, and chunky simplicity by Adrian Gonzales to finish it off.

The story saw the world's finest team battle monsters and prejudice and man's inhumanity to man, and it was not afraid to show the vulnerable side of these iconic heroes, who were genuinely shaken by their dealing with the paranormal. It ended with Batman fighting off the possession of the smog monster, and blowing up a crowd of his own clones.

I thought it was the best Superman or Batman comic I'd ever read. I was only nine, so there hadn't been a lot of competition at that age, but it ended up having an effect on me that was more profound than more obvious classics like the Dark Knight Returns or The Killing Joke, which I wouldn't even get to for another decade. 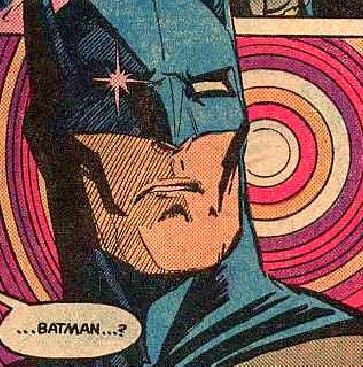 But as much as I loved it, it was still just a black and white reprint, and I never took care of those, and I somehow lost my copy of Superman and Batman years and years ago, and it didn't matter. There were plenty of other great Supes/Bats comics to replace it.

And then I saw it in a second hand bookstore a couple of weeks ago, and I obviously had to get it. I hadn't read it in more than 20 years, which meant there was a weird sensation of recognising every single page on some level, while not remembering any of it.

I suddenly remembered how I hated Von Eeden's art on chapter three as a kid, even though his ultra-distinctive work is obviously the most interesting about the whole thing now. I remembered reading that comic on the old grandstand down the Temuka Domain, and even remembered that my Mum had bought the comic for me during an afternoon in Ashburton.

I remembered how much I loved it.

It's just a shame the comic itself isn't that good. 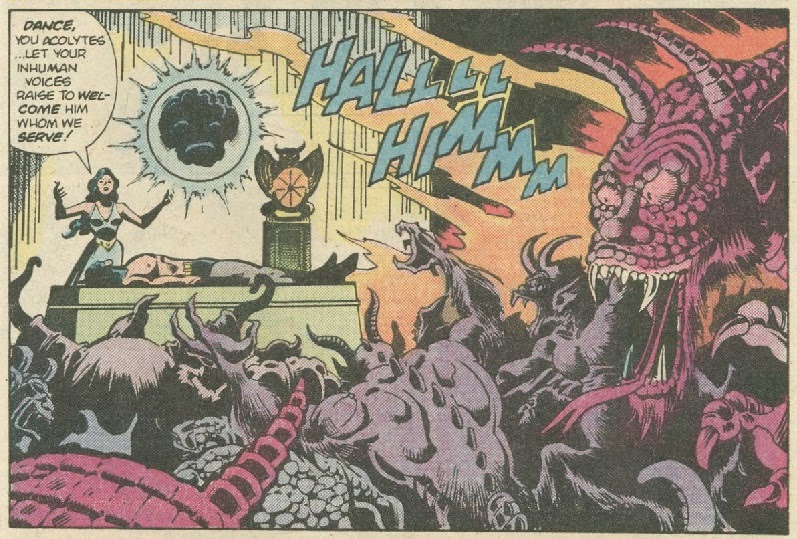 It's not awful, it's just not that good. There are some nice character moments between Bruce and Clark, and it was one of their stories where their friendship is the key to saving the day. Von Eeden's work is, as noted, the most interesting thing about these comics now, but the whole thing does rock along at a decent pace.

But in the cold light of adulthood, it's also terribly clunky, and runs out of juice to an alarming degree in the final issue. Some of that is due to the comparatively dull Gonzales art, but a large part of it can be read in the credit boxes, with Cary Burkett – who wrote the first three parts – suddenly replaced by Mike W Barr and Marv Wolfman for the fourth chapter. They're both fine writers, but are clearly wanting to get this whole thing over with so they can move on to more interesting things – the smog monster casually murders Madame Zodiac purely because there are only a couple of pages to go and things need to wrap up now.

I don't regret re-reading the comic as a grown-up, and shattering old ideas about the quality and worth of this story. It's good to reconsider these opinions. And it's fascinating to compare the actual comic with the idealized one that lives in my head. 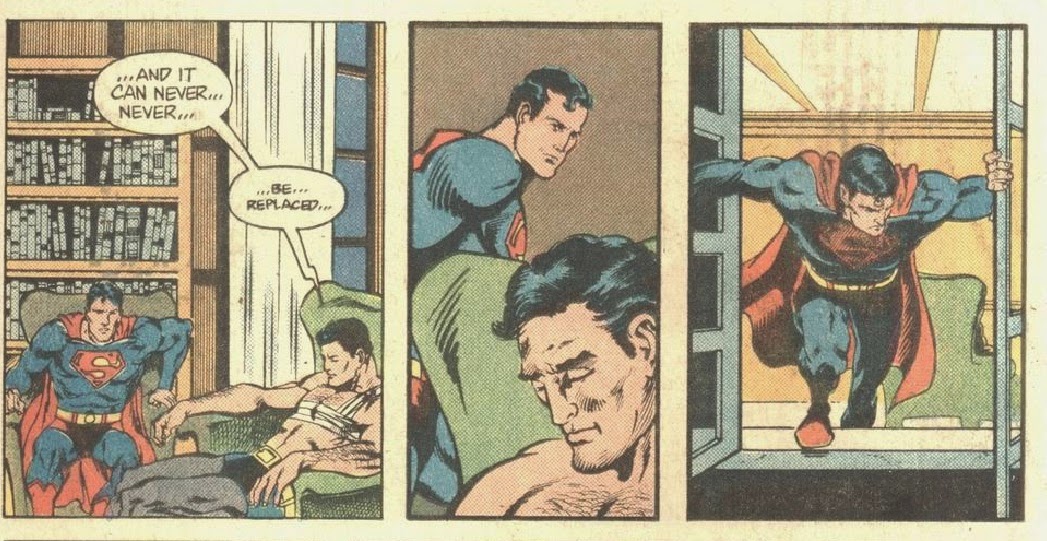 That's where comic really live. Not on the page, or on the screen. They live in the minds of their readers, and they don't always exist in the same way. We all bring our own experiences, opinions and prejudices into any story we enter, and it all changes over time, until the story we think we know is not the one that was first presented.

There is a space in my head that is utterly devoted to keeping track of the worlds of Los Bros Hernandez, and I've read them dozens of times over, but I can still go back to work produced 20 years ago and find something new. In this case, the comic that lives is my head is actually inferior to the printed version, because there is more there that I haven't even seen yet. (Of course, I think Love and Rockets is the best thing ever, so the differences between the real and imagined version are actually fairly slight.)

There is concrete certainty in a printed comic (something that can be oddly missed in digital versions) - any issue of Spider-Man or 2000ad is a fixed object. But in the place where comics really live, they are malleable and ever-changing, and sometimes that means that a dull World's Finest Comics can really be the world's finest. 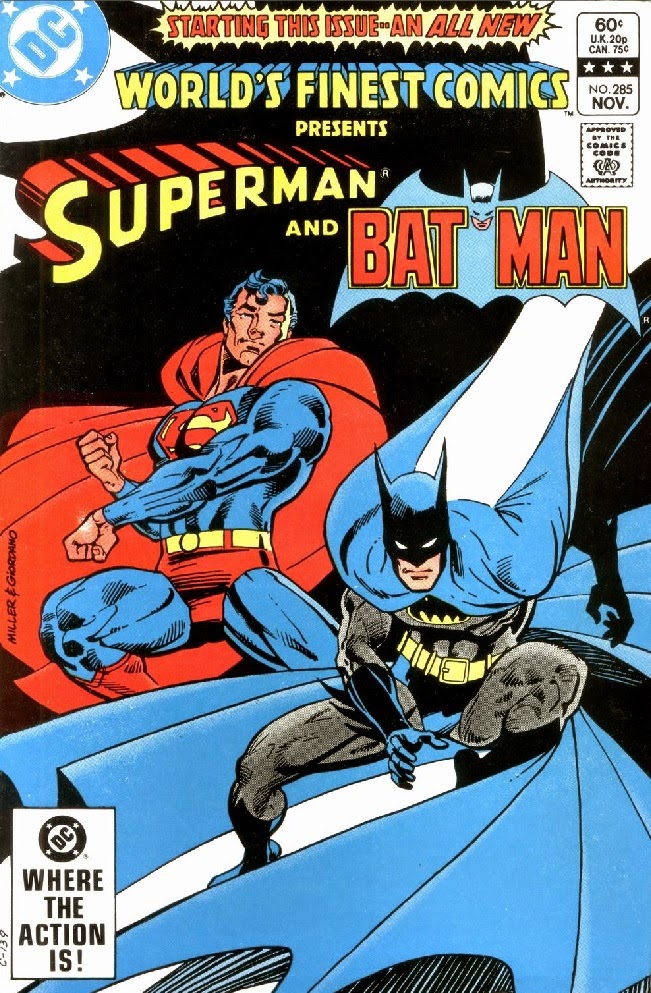 Rich Buckler's line is a lot less assured and shakier than I remembered, and the story is nothing special. But I'll always have a fondness for this adventure, because that version that I always had bouncing around inside my skull is the most fantastic thing ever.

Almost all of the comics that are bouncing around in there are better than the real thing, in some way. In that place where comics really live, there are no disappointments, just a love for the medium that will never fade.
Posted by Bob Temuka at 3:23 PM

I have a huge affinity for the old World's Finest series, even though an awful lot of the stories were just terrible in hindsight. The issue where Batman turns into a giant were-bat (!!!!) was a childhood highlight that I too had to hunt down and resurrect in reality. Good stuff!