No real spoilers here, unless you count the fact that I reveal that Yuri Boyka is the most complete fighter in the world.

Bloat is the enemy of all good film-making. There is nothing wrong with a long film if it's properly epic, but if you can't tell your story in less than two hours, you're probably in the wrong medium.

There are after all, approximately six billion more thrills in 94 minutes of Mad Max 2: The Road Warrior, than there are in 154 minutes of Transformers: Dark Of The Moon.

But there are still filmmakers producing sharp, efficient and moving films that have no fat, and get straight to the point, and maintain consistent levels of intensity and excitement over the entire length of the movie.

I had the extreme fortune of seeing two of these films over the past couple of weeks. One of them is a nail-biting examination of the human will to survive against impossible odds in an incredibly dangerous environment, and the other one is about blokes in prison beating the tar out of each other.

They're both pure movie.

Gravity is an excellent film. Directed by Alfonso Cuarón and starring Sandra Bullock and George Clooney, it's a well crafted disaster film with a simple storyline. The shit hits the fan in the first five minutes, and it doesn't end until the last minutes of the film.

It's a brutally intense film, with several heart-stopping sequences and a deep, booming soundtrack that keeps cutting to the absolute silence of space with great effect. Sanda Bullock is heartbreakingly good as the main character, a woman who has nothing to live for except the drive to survive, and goes through moments absolute terror, tired resignation and total determination.

And it's an absolute visual treat, with the deadliness of space only matched by its beauty. Although I'm typically scathing of 3D versions in modern cinema, this is one movie that is worth seeing with the extra dimension, as it makes great use of this depth along the z-axis, with space debris flying past at supersonic speeds and the infinite depths of outer space sucking the audience in. 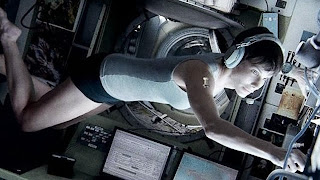 It's technically dazzling, but it also has a beautiful sense of pace, with moments of unbearable peril balanced out by short bursts of bliss – one moment where somebody reaches a state of temporary safety and curls up in a zero-gravity ball is unexpectedly moving, especially after the nerves have been totally shredded.

But even these moments of quiet calm are ruthlessly efficient. There isn't a wasted moment in the entire film, thanks to a sharp and clever script, which quickly sets up insurmountable obstacles, overcomes them, and then sets up more and more. It's particularly good when you realise that split-second decisions made earlier in the film mean the difference between life and death.

It certainly looks magnificent, but all that beauty is bolted onto a story that propels forward with the force of, well, gravity. 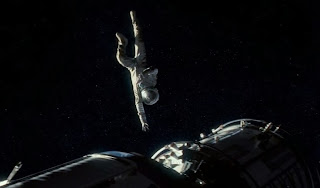 Gravity is a science fiction disaster movie, which gets quietly metaphysical, (there is even a scene when it suddenly turns into a ghost story). But it's also an extraordinary thing to see on the biggest screen possible, with the best damn sound system possible, because it really is an experience.

I was literally holding my breath while watching the film on an IMAX 3D screen on Sunday night, I almost burst into tears during the final shots and when it was done, I had to go have a lie down. It was exhausting. 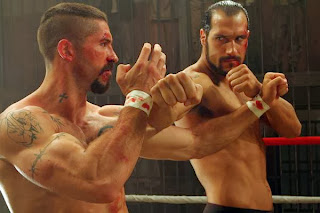 Undisputed III: Redemption is also an excellent film. Directed by Isaac Florentine and starring the totally awesome Scott Adkins, it's probably the most ruthlessly entertaining film I've seen all this year. It will never gain the critical kudos that are being rightfully lauded on Gravity, but it's just as pure in its own way.

It's the story of Yuri Boyka, the villain of Undisputed II: Last Man Standing, (which I still haven't seen, but will be getting to later this week). At the end of that first sequel, Boyka had his leg shattered, and is literally shovelling shit at the start of III. But then he pretty much heals himself – mainly by jumping at a wall and kneeing it ten thousand times -  and takes part in an ultimate prison fighting tournament, against the best fighters in the world, (which also gives the filmmakers the chance to throw a whole heap of different fighting styles into the pot and seeing what happens). 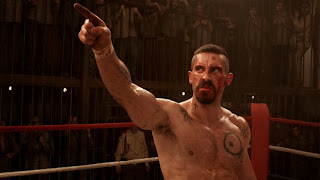 It's so fucking pure - there is nothing but the fight, and all the bullshit around it is staggeringly unimportant. When Boyka gets his big emotional scene, and reveals what really motivates him, he was put on the world to fight, and there is nothing else that matters. Boyka is just here to fuck people up, and he gets some weird peace out of that.

There are parts of Undisputed III: Redemption where almost ten minutes go by without some kind of fight, but there aren't that many, and as soon as any interest in the utterly pedestrian plot - which makes no bones about its ordinariness - they started bashing the crap out of each other, and each fight is so wonderfully over the top that it doesn't matter if it doesn't make any sense.

It doesn't matter if none of it makes sense - it's a film about fighting, and the bare dialogue and hackneyed plot are just there to drive the story onto the next confrontation. It's the sort of film that knows exactly what its audience is looking for, and just goes for it with every scrap of energy it has, and the results are occasionally spectacular. 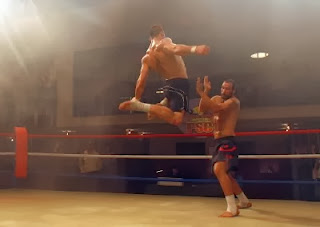 Undisputed III was a direct to DVD film, and it actually came out in 2010, so I'm already three years behind, and staring down the face of a big rabbit hole full of other Scott Atkins films, which mainly seems to consist of an endless cycle of Ninja and Universal Soldier movies. But I'm ridiuclously glad that I got around to seeing it.

I watched it on a Tuesday night, because Sharknado was on TV, but was just too shit to watch, and because Tucker Stone had been raving about these films on the Factual Opinion podcasts for weeks, and then I watched it the next night again with the lovely wife, because she wouldn't believe me when I kept going on about how awesome it was. And when it was done, all we both wanted to do was go out and be the most complete fighter in the world, or at least have the ability to dropkick anybody who annoys us into the next century. 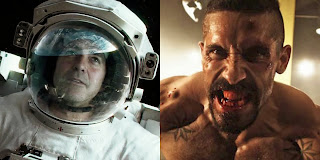 I don't mind some long films – I actually don't have a problem with the extraordinary length of the three Hobbit films, because I like epics to be properly epic – but when I see things like Prisoners are almost three hours long, they become something I didn't need to see at the cinema.

But to take a trip into another world, whether it's one that is hundreds of miles above our heads, or in a filthy prison somewhere deep in the Eastern bloc, and come back again in an hour and a half, is always an experience, especially when the films are as intense as this. These two movies are made for different purposes for different audiences, but they're perfect for anybody who just wants to mainline some pure cinema.
Posted by Bob Temuka at 6:44 PM