Me, my mates and comics

Some of my best friends in the world hate comic books, and wouldn't read one unless you paid them. Others are into them just as much as I am. It's a good mix.

I never force comics onto my mates, but I'm there if they ever express an interest, and some of them give it a go, and I always remember what they like, so I can recommend something in the future.

Trumpy really, really dug Dicks, Chris gave Love and Rockets a go, (but ultimately couldn't get past the big tits), Samantha thought Peter David's Hulk comics were the best superhero comics ever, Anthony bought all the Vertigo comics that were too weird for me, Suzy gave me her beloved copy of School Fun #2, Glenn turned me on to Alan Moore's Swamp Thing and I turned Simon on to Neil Gaiman's Sandman, Kaz said the Big Books were the bee's knees, and Brian thought Big Dave was the funniest fucking thing he'd ever read. 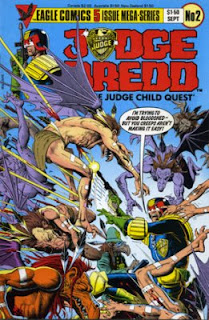 I bonded with one of my oldest and best friends in 1985 over a mutual appreciation for the Judge Child Quest. I introduced him to the X-Men soon afterwards, and he still gets Uncanny X-Men every month, which is bloody useful when I've got an X-itch to scratch. We grew up together in a small town of 3000 people, so there weren't too many other people who shared our mutual obsessions, so we had no choice but to be best mates.

His tastes are a bit more refined, and mine are all over the show, but it's still an ongoing debate over which of us is obsessed by Doctor Who more, and after being friends for more than a quarter of a century, our Who collections have actually melted together. I tend to get the books and audios, and he gets the toys and magazines.

Kyle has also been into 2000ad as long as I have, and I finally talked him into getting the weekly series again a few weeks ago, and he’s into it as much as ever. The other day he sent me a text, moaning that the local shop had not got the latest issue in, and he was particularly bummed, because it had some new Slaine in it for the first time in ages, and young Kyle loves some new Slaine. So I told him that I would get a copy from my local store and drop it off when I go down south again next week, and that it would finally allow me to pay an old debt.

Twenty-five years ago, I couldn’t get the latest issue of 2000ad because I’d done something wrong and was grounded for a week. (I can’t remember the crime, just the punishment, although it may have involved some form of rocket fuel.) And I was particularly bummed, because the latest issue had some new Slaine by Glenn Fabry in it for the first time in ages, and young Bob loved some Fabry Slaine. Kyle bought a copy for me, and dropped it around after school, and I never forgot how grateful I was. 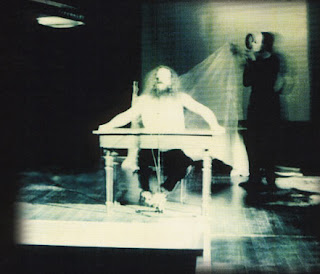 In the past couple of years I’ve made friends with two people named Kelly.

I met Boy Kelly after I said nice things about a comic he wrote, and we now meet up for breakfast every few weeks, usually to rave about some Game Of Thrones shit. He’s as passionate about comics as I am, and even more passionate about the work of Alan Moore, and I’ve never met anybody in real life who was into Moore comics more than I was. (This will become abundantly clear soon, when this blog gets taken over with a discussion between me and Kelly about Moore’s movies with Mitch Jenkins.)

I met Girl Kelly through work, and now we meet up for smoothies every few weeks to bitch about the industry. She could not more more disinterested in comics, and she keeps calling them cartoon books because I do a really shitty job of hiding how much it annoys me. She didn’t even know what a Dalek is, and still can't pronounce it properly, but then again, she is South African.

In the past couple of years, I've also made friends with two people named Nik/Nick, because I figure the less new names I have to remember, the better. They're both totally into comics. 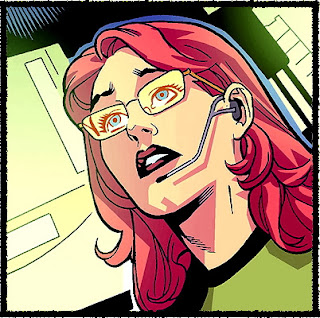 I've made loads of friends on the internet who share my obsessions to a scary degree, but I've only actually met a couple of them in real life, so that doesn't really count. 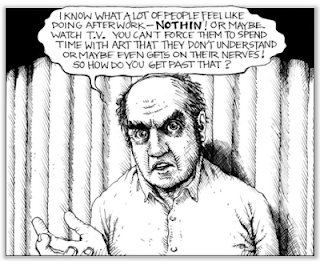 Ten years ago, and I’m at a film festival screening of the American Splendor movie, and a complete stranger comes up to me in the line and says he has an extra ticket for the film, and he gives it to me for free.

Due to an extraordinarily boring set of circumstances, I happen to have two copies of the same American Splendor comic issue on me at the time, (and it’s the one with Letterman swearing on the cover).  So I give one to the guy, and he’s just as stoked by this unexpected bout of bartering. His name is Mark, and we still trade emails every now and again, usually when a new Love and Rockets comes out. 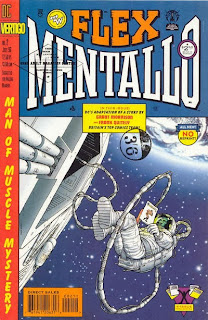 Geoff once told me he'd totally burn my comics for simple heating, and Shane once picked up an issue of Flex Mentallo, flicked through it, said “yeah, nah”, put it down again, and as far as I can tell, that's the only time he ever read any comics. Even my lovely wife is profoundly disinterested in some of the greatest comics ever created.

Fortunately, friends aren't clones, and you'll never learn anything in life if you surround yourself with people who like all the same shit you like. There are always common interests or points of views between close friends, but they are not always the same things between different people.

I can always be friends with a comic fiend, but real mates don't have to care about this shit as much as I do.
Posted by Bob Temuka at 7:16 PM