Put it in the back pocket


For somebody who has been collecting the damn things for nearly 40 years now, I still treat my comics absolutely terribly. They're always getting ripped, or faded, or stained by food.

I've got thousands of the fuckers, and they're all stuffed into boxes or chucked on bookshelves or crammed into the cupboard. None of them are slabbed to preserve them for all time with an expert grading. Half of them aren't even in any kind of protective bag.

If you're not in it for the money, who cares what condition they are in? It's not the thing that matters, it's the story within, and in some cases, every crease and rip in the original object has its own tale to tell. 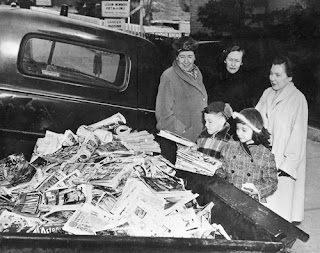 I've never, ever bought a comic as an investment. I once almost bought two copies of the Claremont/Lee X-Men #1 issue, but even as young and dumb as I was then, it just seemed like a waste of precious comic budget money.

I did use it as an excuse plenty of times as a kid, justifying the cost of new comics to the family by pointing out that these things could be worth serious coin one day - 'But Dad, Ghost Rider #1 is worth $30 now!' - and, to be honest, I still play that same card with the lovely wife, to justify more storage space for this stuff - 'But dear, my complete Preacher run could buy us a car!'.


I'm just not a gambler, and the whole investment thing is a side of comics I'm not interested in playing with. It's fascinating to watch - I used to be a voracious reader of price guides just to see what people thought these things were worth, and what that said about the state of the industry - but I ain't no player. 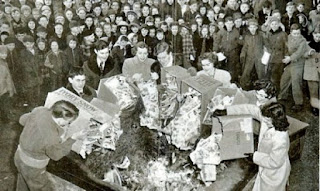 Comic books were always supposed to be a disposable - one read and you're done. What kind of mental defective would want to read it again? That's part of the reason why old comics, even though they had print runs of hundreds of thousands of copies, still command big prices these days, because they were thrown out, and just seen as trash.

The paper is a lot slicker now, but it's still that same format of floppy paper, dished out serially, with an industry that is all built around what's coming next. Investors have been insta-slabbing their collections for years now, with a lot of comics preserved without ever getting cracked open.

But I don't buy these things to keep safe and pretty in a vault, I just want to read the fuckers, which leads to general wear and tear, and I might as well abandon any attempts at keeping it pristine. They're not designed that way.

Even though I adore the physical object, I don't care if it's perfect. Nothing in life is perfect. 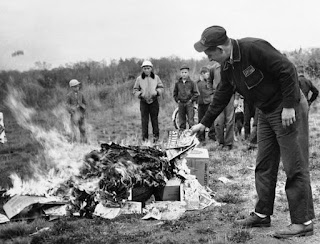 Besides, I like comics that are a bit roughed up, and have a history to them. As long as they're not missing chunks out of them, I'll take a creased-up copy of some Silver Age nonsense any day, especially when they're a lot cheaper that way.

Comics have always been hideously expensive by the time they get to this part of the world, and there isn't the vast amounts on the market that you find in the US, which pushes up the back issue prices, and you can end up paying phenomenal amounts for the few mint copies of key historic issues that actually exist in the country. Drop it down a couple of grades, and you can buy multiple crappy copies for the price of one perfect example. It's simple economics. 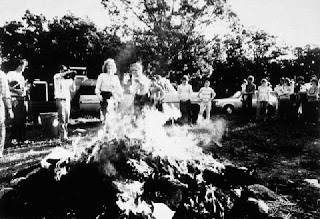 This lacklustre attitude towards comic preservation and conservation means that I can literally read them to death, especially the ones I had as a kid.

I've still got comics that I had when I was 7, random issues of the X-Men and Action Comics, that haven't just lost their covers over the years, the first four and last four pages have also been shed over time and lost. I hold on to these ragged things for pure sentimentality - and because I can still feel that youthful obsession with all things superhero burned into the page - but there really isn't any value in these tattered comics.

Sometimes I get the chance to upgrade - a couple of months ago I could've swapped the Excalibur issues I read the hell out of in the 1980s, which are only held together by sellotape and good intentions, for almost totally mint copies, basically for free, and it wasn't even the tiniest bit tempting. I've put a lot of work into those Claremont/Davis comics, I'm not going to give up on them now.

Even comics like my beloved issues of the Invisibles are showing their age, with fading and binding completely breaking down over the past 20 years, probably not helped by all those Saturday afternoons spent reading them on the beach with a bottle of Scrumpy, looking for the meaning of life in Grant Morrison comic books. Doesn't matter, not when there is a bit of my younger self seared into the pages. 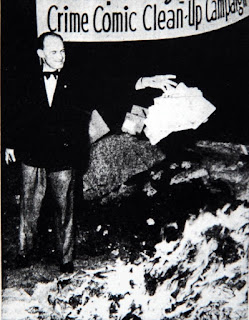 I'm not a total fool - I still take enough care of them these days to keep them readable, and alive for as long as possible.

While the first signs of wear and tear mean nothing to me, I still make sure they are stored in a dry, cool environment, and there are regular checks for any kind of mould infestation, because damp and fungus destroys everything. Mouldy comics are no use to anybody. 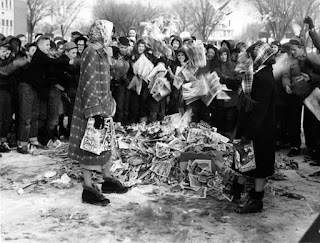 But still, sometimes, when I buy a new comic book from the fine local store, I take a pathetic and perverse delight in telling them not to bother with the bag, and stuffing the comic in my back pocket as I head out the door.

The shop people are rightly horrified - their whole business is built around taking care of these things, and getting some kind of future investment out of them. I reckon they should be glad there are still idiots like me, trashing their treasured issues, because that makes them rarer for all the rest.

I don't want to worry about the responsibility of keeping my comics safe and clean. I just want to read the bloody things.
Posted by Bob Temuka at 10:02 PM