Doctor Who: Death at tea-time


Doctor Who is a kids’ TV programme about a lovable old duffer, roaming around the universe in a blue box with pretty companions and getting up to all sorts of adventures.

It can also be surprisingly brutal sometimes, with astronomically high body counts racked up in seemingly innocuous stories. It’s all fun and games and banter until the death rays come out, and then it’s corpses by the truckload.

The show’s 54-year history is soaked in blood, and while you can pick any era for examples of just how cruel the carnage can get, there are some periods that are particularly bloodthirsty, loading up on the murder at tea-time. 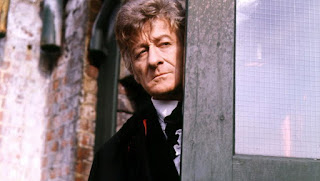 After a literal lifetime as a Doctor Who fan, I’ve been slowly watching the whole series in a row for the first time ever, and it's taken a while to get through the black and white era, Especially when a lot of those episodes don't exist anymore, except as barely watchable reconstructions.

It's still been great going through the Hartnell and Troughton years, finding new appreciation for things like the Myth-Makers and the Macra Terror, but it's a relief to get into the seventies, where the episodes all still exist, even with an overdose of seven-part stories.

So I'm getting stuck into the Pertwee years now, watching some episodes I haven't seen since the eighties. The show has got nailed down to an earthly setting, and there is a lot more location work, and the whole TV show has never looked more earthy and real.

And while there is still a lot of silliness going on - the budget is still about five quid an episode, and Pertwee can never miss an opportunity to indulge in some unnecessary mugging and gurning - the 'real world' setting is taken to the logical conclusion, and clashes with alien intelligence lead to loads of innocent blokes getting killed. 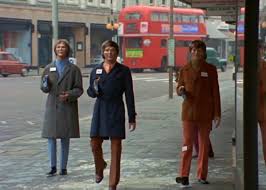 In the first few episodes of Jon Pertwee's Third Doctor, there is a noticeable ramping up of the death and carnage. Sometimes it's bad guys meeting ironic fates, and sometimes it's UNIT soldiers being wiped out by creatures impervious to their rifle fire, and sometimes it's just some poor commuters standing at the bus stop.

There are people dying of a mega-plague launched by the original reptilian masters of the Earth that is only just cured before it wipes out all of humanity; shoppers and people going to work on a Tuesday morning are gunned down by living shop mannequins in the street; dazed alien lifeforms in astronaut suits kill anyone in their way with a touch; and a whole world gets wiped out by lava boiling up out of the earth's surface - it's okay, it's just a mean and nasty parallel world, but a few people still need to be throttled by green, panting caveman before the say is saved.

Soldiers, policemen, farmers' wives. Nobody was safe from death from above. 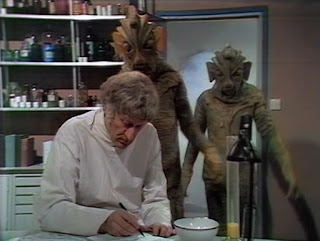 There was always a  lot of death in Doctor Who, right back to the first episodes in the early sixties. The final Troughton story alone featured all sorts of war-related brutality, and the Daleks had literally murdered billions of people before they ever appeared in colour on TV

But it isn't just the numbers that makes these killings just a bit more traumatic, it was that setting, and the blazing new colour of the new decade. These deaths weren't taking place on a wobbly set, these were taking place on city streets, in suburban homes, and in local forests. This wasn't the staged theatricality of set-bound filming, this was dirty, and rough, and clumsy, just like real life. Pertwee always had a good point about the Yeti in Tooting Bec - it really was more powerful to have these monsters crash into the real world, rather than on the third moon of Arrtaabarrga.

And it was all so casual, all these bodies lying around all over the place - it rarely seemed to be too traumatic for the characters as least. There would be the usual gritted teeth at some unfortunate casualty, but they would be back to cheap quips before the end credits. Life goes on, for most, anyway. 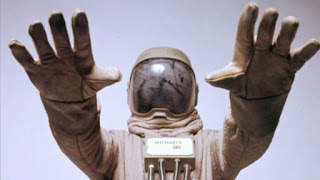 It's worth noting that the professional craftspeople and tradespeople working on this silly little television show at the time had all lived through the horrors of the second World War, and a fair few of them had fought in it.

They were used to body counts as a fact of life, and that casual acceptance of it jars with these days of health and safety. Don't make a fuss, keep calm and carry on, even as your neighbors house is bombed to bits. And if a spaceman shot your wife, it was just not worth dwelling on, old boy. 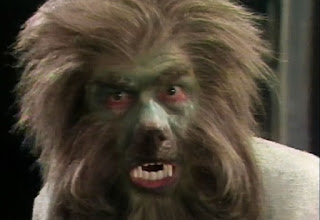 Some of the trauma inflicted the show's young audience by these early Pertwee adventures filtered through over the years, and would show up in the stories created by new generations.

One of the best was David Bishop's excellent Who Killed Kennedy, a spin-off from the New Adventures line from the nineties, where unabashed fanboys ran rampant over Who continuity, finding new depths in silly old stories.

And those depths were found in one of the main characters in Who Killed Kennedy,  a UNIT soldier, who is one of the faceless army men who were frequently used as cannon fodder, who has a total breakdown after seeing his mates murdered by little green men, going right over the edge when the actual devil appears in The Daemons.

The poor sod is, of course, turned into a brainwashed assassin, but who can blame him for losing his marbles, with all that slaughter and very human trauma, in the battles against interstellar evil. 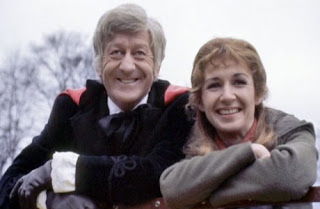 More than four decades later, and Doctor Who still has an impressive body count, and while the current series does have admirable 'everybody lives!' moments, it's a rare episode that doesn't end with some kind of mortal sacrifice.

But it's still never quite as traumatic as those poor extras in seventies haircuts, collapsing in the street as an alien nightmare stalks the grey and wet city. As a show, Doctor Who took a big step forward with thw Pertwee years, it's just a shame so many people got squashed by the footprint.
Posted by Bob Temuka at 2:46 PM