I'm 42 fucking years old, and I still lie awake at night sometimes, wondering what the hell is going on in the superhero comics I read.

I thought by this age, I'm be a bit more worried about grown-up things like mortgages and children and a career, but no, I'm still there in bed at 3am in the morning, wondering about how Clark Kent's glasses really work, or why trying to figure out who has been an Avenger.

This is never going to end. 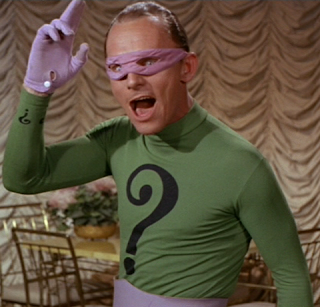 Was Humphrey Bogart a young movie star in the 1970s on Earth One?

If all the big DC superheroes respawned in the Silver Age on Earth One as young and hip, and were carbon copies of characters that had existed 20-years earlier on Earth Two, were there other high-profile individuals who were also cosmically reborn?

It just seems a bit unfair if the only options for this rebirth were people who were wearing tights and a mask. Was the Humphrey Bogart of Earth One born in 1930, and did he act for Coppola and Scorcese in the seventies? Or an updated version of Franklin Delano Roosevelt with an atomic-powered wheelchair?

Of course there wasn't, because the silver age heroes would always be seen interacting with the celebrities of their age, such as Don Rickles or JFK, but this still strikes me as cosmically unfair. If Superman keeps coming back as someone new, why can't anybody else? 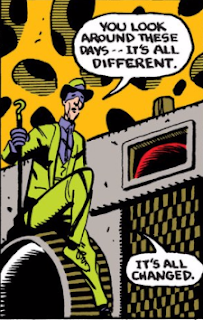 I'm frequently lost when it comes to the ins and outs of the big superhero universes these days – too much fucking product, and not enough motivation to churn through it all – but from what I could figure out, the whole spark for one of the latest rounds of gritted teeth super-confrontations was a battle with Thanos, who was busted while trying to commit an armed robbery.

Is that right? That can't be right. Thanos – an embodiment of existential entropy. Thanos - a hardcore cosmic nihilist who is literally in love with the personification of Death, a being of unimaginable motives and abilities who has become the most powerful creature in creation on half a dozen occasion. Thanos – the bank robber?

This is a question that could probably be answered by reading a tonne of CW2 comics, but that sounds like far too much fucking work.

Does Batman look a bit naked without his cape? 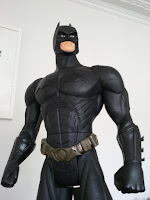 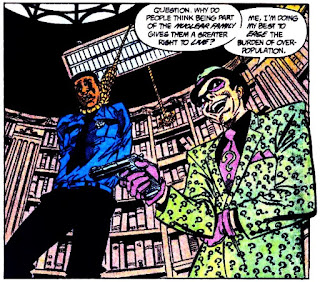 In the aftermath of the massive initial success of the Image comics line in the early 1990s, when comic stores were ordering millions of these awful, awful comics, all sorts of publishers tried to get onto that bandwagon by producing their own complex and interconnected universes.

Rather than letting them grow semi-organically, like the Marvel and DC worlds did over decades, all the publishers tried to skip past that difficult and boring set-up process, and go straight to the big, important stages, imploring readers to leap straight into a huge commitment.

Unfortunately, largely due to the general mediocrity of the product, hardly any of them lasted more than a year, and nobody cares about them at all these days. It was a ridiculous idea to expect that kind of goodwill without bothering to build any of it up.

Movies are copying a lot of ideas from comic books these days – the biggest films in the world are only just catching up to what Jack Kirby was doing fifty years ago – but this is one idea that should've been left to the four-colour funnies. 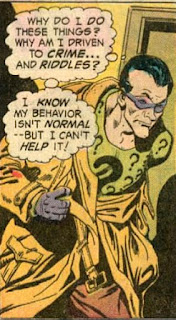 What is the exchange rate for those coins in John Wick?

This isn't a superhero question - unless you count Keanu Reeve's uncanny quick-draw ability – but I can't stop wondering what the gold coins everybody uses for pay are actually worth.

I figure they're about $1000 each, for what they usually get, but they're used to pay for everything, including cars and powerful hand weapons and body disposal and waitress tips, and there is no consistency. I can accept the sub-culture of snappily-dressed killers in these films, but only if its economy is sound. 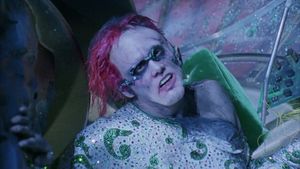 Why the fuck can't I get Copra in this country?

I've read so many good reviews for Michel Fiffe's Copra, for goddamn years now, and I still haven't had a chance to read it.

I've ordered it specially through the local comic shops, twice, and it still never happened. This might be the lamest curse ever, but it's still a fuckin' curse.

I love a good Spider-Man comic, but I still wish they would actually age the character in real time, living in the now instead of some weird Marvel time. It almost all kept up with the first few years of the character, when he left High School and went off to college, but he's been stuck at the same age for more than 40 years now.

It would have been easy enough to get around if you're still determined to have Peter Parker behind the mask, you can just say that the spider bite slowed the aging rate or something. And while that would mean an aging out of various periphery characters, it would give the surviving Spider more depth as he grew and changed over the decades (and would solve all the pesky continuity issues, that surround his ongoing adventures, with no need for any rebooting).

It worked for Judge Dredd. He is now an actual pensioner, and still kicking arse. 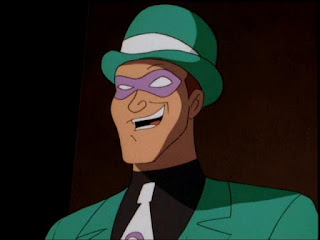 How did they fuck up the Authority?

I was reading the first Authority comics by Ellis and Hitch recently, and they're still so tight – so fucking in the pocket – that I can't believe how quickly they fucked that up.

The methods and tricks on the surface of the comic have been fully integrated into 'normal' superhero comics, with the pacing and tone and economy are found in almost every serious super-comic today, but the characters that started it all have been sucked into the wider DC Universe and fully dispersed. That's just remarkable. 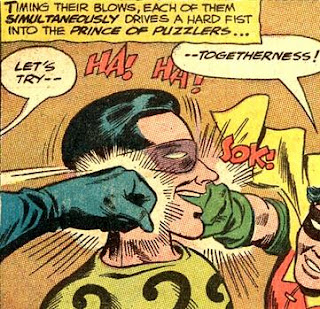 Was Adam West the best Batman?

FWIW, Thanos wasn't robbing a bank. He was trying to break into Project Pegasus and steal some Cosmic Cube fragments they had been experimenting on.

Story still stunk on ice, though.