That'll never fit in the backpack


I thought I was doing pretty well this time. I thought I had it all under control. But I thought wrong. There is no getting this comic book monkey off my back.

I've made little secret of the fact that I view international travel as an excuse to visit comics shops around the world. Sure, it's fun to go inside the great pyramid of Giza, or ride the Mongolian steppes, or see the Loch Ness Monster, but what I really want to do is go back to the store in Dublin with all the cool Megazine issues I've been after.

Still, I tried to take it easy with the comic obsessions on this latest month-long trip, and I really did manage it for a while. But only a while. 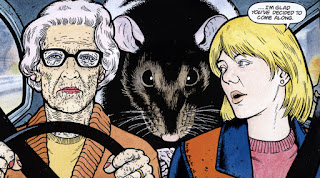 It helped that the first few countries we went to on this trip were non-English speaking countries like Germany and Japan, so I could just focus on the culture and food and landscapes and shit, instead of sneakily looking for comic shops.

I did still stumble across a store in Frankfurt, but managed to restrain myself, because almost all of their product was in the German language – it was genuinely surprising how much superhero crap gets translated over there - so it was easy to move on.

So for the first two weeks of our latest trip, I only shopped at one comic store – the terrific Nexus shop in in Reykjavik, which had both an excellent selection of comic offerings, and reasonable prices, (everything else in Iceland is expensive as hell). I got some Bryan Talbot, because I always buy Bryan Talbot books from Northern comic shops. I had to get the Tale Of One Bad Rat this time, because I'm pretty sure the arsehole I lent it to in 1997 isn't going to return it anytime soon. 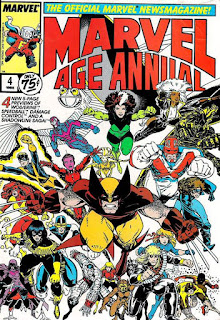 Even when we spent a weekend in New York, I showed admirable restraint, even when I was walking down streets where I knew stores were nearby. It was too hot and there was too much good shit to eat and cool shit to look at.

But I'm only human, and I still stopped in at St Marks Comics, on the recommendation of a blog comment from a lovely reader, and I got some of the DC Digests I love so much, and some Marvel Age annuals. That was all I needed - I had to get to Peter Luger's steak joint, goddamnit. Then we were up in Canada looking at polar bears and beluga whales for a week, and there wasn't much up there on the Tundra. So it was a comic store in Winnipeg, on the first leg home, that broke me. We were wandering around the middle of town, trying to fill in time before going to see the new Star Trek film, and suddenly I was standing in a shop full of some super rare Doctor Who Missing Adventure novels and the one issue of Ennis and McCrea's Demon series that I had needed to complete a 22 year search.

I also walked out of there with the last issue of Peter Milligan's early nineties Detective Comics I was after and the one issue of Jim Starlin's original Warlock comics that I'd been looking for forever, and I just gave in. This was the last stretch of the holiday. This was my last chance. 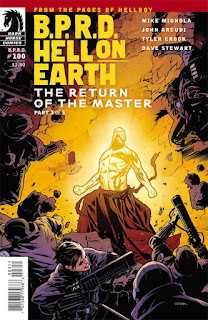 To my usual shame, and with huge apologies to the long-suffering wife, I went a bit mental after that, and stopped in as many shops in Houston and Baton rouge and New Orleans as I could. Mostly I stocked up on $1 reading copies of Silver and Bronze age comics, (the type you never see going back home for less than $20), and I came tantalizingly close to filling out the holes in my BPRD and Hellboy runs - by the end of the week, I've snapped up 21 different Mignola-verse comics

Some of the stores were more games than comics, but I still found some cheap Sgt Rock comics, and tie-ins to the X-Men's Inferno crossover that I didn't even know existed, until I found them sandwiched between a tonne of Voltron titles and New 52 books. There was always something.

I'm such a fucking nerd, that I still get a kick out of paying US cover price for new comics, when I'm used to paying three times as much back home. 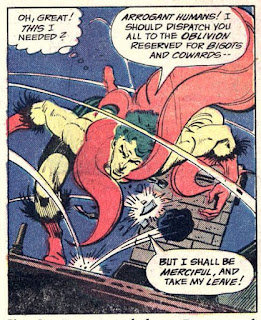 A lot of strip-mall stores blend into one, especially when they're all loaded with the same Harley Quinn and Deadpool comics as everywhere else. But some stood out.

I have to make special mention to Robert at the store in Baton Rouge, who tried so hard to give me something memorable to take away, only for me to bat away his suggestions with a grossly casual 'Yeah, I got that', or 'Dude, I've been reading that since the eighties'. I still got some sweet Haney/Aparo Brave and Bold comics, but I wish I could have got more.

The other memorable store was Cresent City Comics in New Orleans, which is in a relatively new location, and might be the best organised place I've ever been to. Even the wife has been to enough stores now to recognise that this was put together nicely.

I had to reward such efficiency, so loaded up on a bunch of recent back issues I'd missed, as well as the beautifully superfluous new Bone comic and the shiny, flat new Wonder Woman book by Morrison and Paquette. It was only at the very last shop that I finally found that Criminal comic with the kung-fu werewolf, which was a lot harder than I thought it would be. I was looking around the whole world for that fucker. 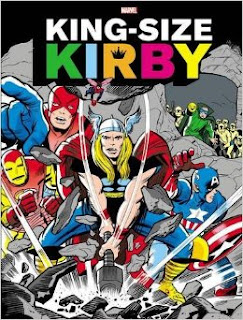 There's always regrets. I wish I had got the last few Hellboy comics that I saw in Houston, but thought I already had. And the King-Size Kirby book at the Nexus store that was such a good deal, but would take me way over the weight limit in my bag. I still wish I'd got it. I could have made it work.

I could justify anything. There was always a stunning deal, or there was something just around the corner from a store, or I could find just about anything in these crazy places.

I stopped trying to justify it when the wife pointed out that I sounded like a junkie, eager to plead the case for my next fix. She's not wrong, and it's all the same unbeatable logic - addicts will justify anything because all they want to do is get really, really high, and all I really, really want to do is go to comic shops.

I really did think I was over this stupid obsession, but it's as strong as ever. I'll do my best again to hold out for a while on our next trip, but I don't fancy my chances, not when I can grab beat-up issues of bronze-age Spider-Man for a buck.

And not when I've still got nine BPRD issues to go.
Posted by Bob Temuka at 9:27 PM

Do you remember the name of the store you visited in Winnipeg?

It was the Red River book store, I think...