I don't want to read or sleep or work or anything right now. All I wanna do is watch movies. 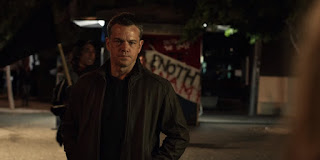 Jason Bourne: There wasn't a lot that was new in the new Bourne film – it's the usual mix of high-stakes secret agent bullshit, identity confusion and fantastic fight scenes. Bourne is still using everything at hand to win his fights – only now he's using a rioting city that is tearing itself apart, rather than a pen from his desk, or a magazine from the coffee table – and it's all as frenetic and focused as ever.

But it's also notable that it's a big blockbuster that actually ends on a note of total failure, with Bourne trying to find a new way to save the world that doesn't involve killing or hurting anybody who is inconvenient. Towards the end of the film, he gives the next generation of spooks the chance to do it differently, with their tech-savvy sympathies, and when they show that they're stuck playing the same bullshit powergames, he walks away.

In Bourne's world, empathy is a virus, and as Patient Zero, Jason Bourne is willingly contagious, but the immune system of the entrenched power structure is strong. He doesn't make much progress in the new film, so there is still somewhere to go with the inevitable sequels. 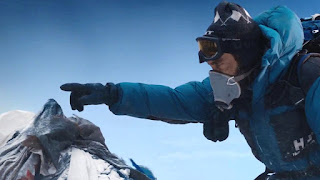 Everest: Yeah, it's tragic and all, but the various Kiwi accents in this movie were hilarious.

Tobruk/Raid On Rommel: So Tobruk is one of those men-on-a-mission war movies from the seventies, with a bunch of straight-backed soldiers giving the Nazis a jolly good thrashing in North Africa. Rock Hudson manages to chew up the scenery while remaining as lethargic as hell, George Peppard is cold as ice in the desert heat, and there are loads of great explosions.

Raid on Rommel is another of those men-on-a-mission war movies from the seventies, with a bunch of straight-backed soldiers giving the Nazis a jolly good thrashing in North Africa, and when I watched it the week after Tobruk, I couldn't help but notice that they'd just used tonnes of expensive battle footage from the other film in this one. A good third of the movie is exactly the same, even though the films have different actors and scenarios.

To be honest, it's some heroic work from the editing crew, using this much footage in another film, and having it make some kind of sense as a new story, even if it was impossible to disregard the original when you've just seen it.

Come to think of it, I would love to see this kind of blatant penny-pinching going on today. Imagine if you could take all the money shots out of say, Jurassic World, and making another whole movie around it. You couldn't do much worse. 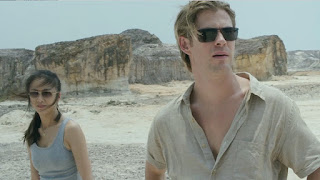 Blackhat: Michael Mann can do a lot of things, including some of the most briliant and intense action scenes ever, but there is no way he can ever convince us that a computer hacker looks like Thor, no matter how many press-ups-with-his feet-up-on-the-wall he does.

I was surprised how long it took the plot to kill off the superfluous brother though, and the way that the two main characters hooked up long before his inevitable demise. I also liked how unexpectedly stabby things got towards the end. 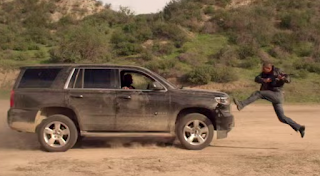 Close Range: I heard they were making a sequel to Sicario, so I really, really hope they use Scott Adkins character from this shitty action film, whose solution to the complex geo-political issues of the Mexican drug scene is use spinning back-kicks to beat the shit out of the murderous cartels.

Still, they really shouldn't have tried to do Leone on a camcorder budget, with some ridiculous cross-cutting during the final showdown. That never works. 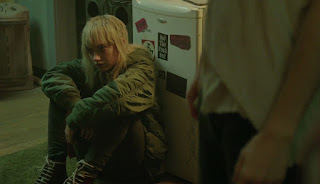 Green Room: There is nothing worse than a part-time punk, it goes against the whole philosophy. You've got to be hardcore, you've got to go all the way, or you might as well fuck off home.

Most of the band that get trapped by neo-Nazi fucks in this movie are secretly fans of Prince or Simon & Garfunkel, but the film doesn't pussy out, and when people are shot in the face or sliced open with a box cutter or have their throat ripped out by a killer dog, it's unflinching and visceral, and it really hurts.

You can flinch, but don't look away. The violence in Green Room is ugly and clumsy and wasteful, and you don't want to miss that. It's the whole point. 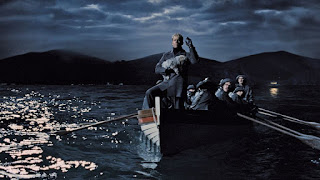 Hail Caesar!: Apart from their mysterious slump in the early 2000s, I've reacted to almost every Coen Brothers film in the same way. The first time I watch it, there is a vague sense of disappointment that it wasn't what I expected, and that it was so disconnected and didn't seem to go anywhere. The second time I see it, without all those gross expectations, I enjoy it a lot more. By the third time, and on all subsequent viewings, I'm convinced that they've produced another goddamn cinematic masterpiece. I've seen Hair Caesar twice now, and I'm right on the edge of that third reaction, even if I have no idea what all the religious undertones of the film are all about. 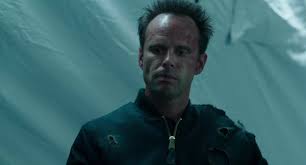 American Ultra: I really don't understand why nobody told me this had Walton Goggins in it. I would have seen it much sooner if I knew that. I went to see GI Joe 2: GI Joer at the movies because it had Goggins in it.

The main actors in this movie are some of the most annoying on the planet, but Goggins makes up for it, because Goggins makes everything better. He's so good in that Vice-Principals show – Danny McBride is doing his Danny McBride thing, but I have no fucking idea what Goggins is doing, and it's magnificent, and I keep having to stop myself from walking like he does, with an outrageous, repressed flounce.

They knock out his teeth in American Ultra, which is a crime against humanity. I can't remember anything else about this movie. 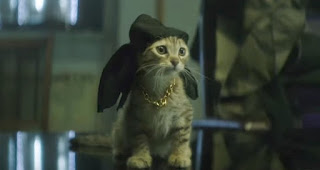 Keanu: Key and Peele's TV show is better, and Keanu loses its narrative momentum in the last third, but it's still a fun and slyly emotional story, and I hope they would do a proper horror film.

Still, it took me two weeks to get the literally cheesy joke about the Method Man's character. I literally said 'Oh, it's a Wire joke' out loud at work, which made me look really stupid.
Posted by Bob Temuka at 10:58 PM