Happy to be the token boy


Even though I haven't worked at the New Zealand Herald for nearly a year now – (rnz.co.nz 4eva) – I'm still trying to be King Nerd there, and contribute to a weekly round-table discussion of the latest Game of Thrones.

It's just for fun, and it's good to share the burden. You can blather on about one particular sword fight while others dig away at other themes, scenes and characters. We're all mildly obsessed with the show, but don't always agree on everything – one writer might claim it was the best episode ever, while others are stifling a yawn.

But it's always good to listen to some different voices, and after doing one of the round-ups a couple of weeks ago, I was absolutely delighted to discover that I was only one of two male nerds to be writing about that episode. We were totally outnumbered by the female writers. 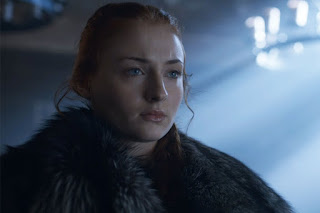 Science fiction and fantasy were all boys games when I was a kid – you'd get the odd girl who was into GI Joe comics, or Roswell, or Doctor Who, but all they were always the exception to the rule. I still have female friends who know more about Blake's 7 or Battlestar Galactica than I ever will, but even they were gently discouraged from playing with the boys' toys when we were kids.

Which always felt pretty unfair, and awfully limiting, and inevitably leads to never-ending bland bullshit. Fortunately, geek culture has grown up a little since then, and while it's got a long, long way to go now, it's getting there.

There is still an intolerable amount of nastiness, sexism, homophobia, bullying and meanness out there, and you should always stand up to it when you see it, but there is a growing diversity, and it absolutely must be encouraged. 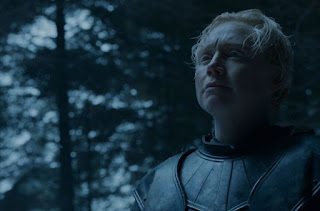 In the comic book shop, there still a lot of people who look just like me, but there are always a lot more girls and women than there ever used to be. There are the girls who like the Avengers way more than you do, and women who only come in to get their Saga fix.

I saw it at the last Doctor Who convention I went to, and it was 50 percent female, and fans from a huge range of backgrounds and cultures, and I can only hope they were all welcomed.

A lot of them might have come into it because the actors who have played The Doctor in his past few incarnations have all, in their own way, been smoking hot (including Capaldi), but that's just as valid a reason for getting into it as any other. The unending allure of the Doctor's companions was certainly a factor for me.

And it's awesome to see them there, because they ask the questions I wouldn't ever think of asking, and they get the room buzzing with their unfiltered and unashamed enthusiasm, and we could all use a bit more of that. 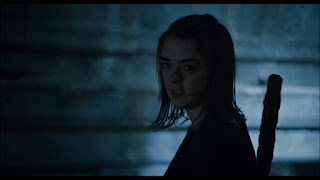 (Needless to say, I'm all for a female Doctor, and truly hope to see that happen in the next few years. Doctor Who is the best TV show ever because it is constantly reinventing and renewing and regenerating itself, and getting somebody like Olivia Colman or Tilda Swinton or Marianne Jean-Baptiste to take on the role could only be welcomed. Tradition can go get fucked, think of the possibilities!.

I say, go even further, and give the Doctor an Indian or Korean or Nigerian face. Create a whole new status quo, and create whole new story avenues, while also opening up to a new audience, who might never have seen their own kind of faces in such a prominent position. It does no harm, and does great good, and anybody who argues against that kind of logic is a goddamn moron.) 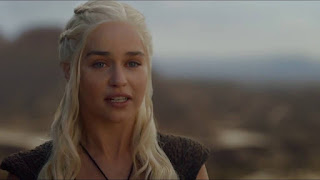 Unfortunately, there are a truckload of goddamn morons in the world, and the appalling  reaction to Ghostbusters, purely because of the female cast, has shown that they are still out there, and savagely unrepentant about it.

(I do have to admit that I haven't actually seen this toxic reaction, only the reaction to the reaction, because of the inherent bias in the people I read and follow online. It's actually amazingly easy to avoid bullshit, because I just don't follow the type of dipshit who would say dipshit things like that, I just see good people calling them dipshits.)

These mouth-breathing motherfuckers who moan that their poor man-feelings are being hurt by all these vaginas don't just give geeks a bad name, they give people a bad name. They need to get their priorities straight in life, and deserve any ridicule or scorn that can help them out with that. 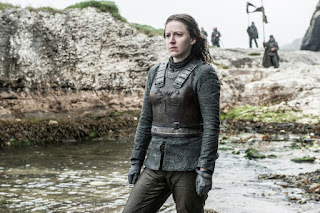 Besides, it all comes from an argument that just isn't true – that mediocre remakes sully the classic original. This never actually happens.

The original Get Carter is still Get Carter. The original Robocop is still Robocop. Offensively bland remakes are always weirdly dated and quickly forgotten, when the classic holds up for decades.

The worst case scenario is that the new Ghostbusters is smarter, funnier, and more human than the original, and if that happened, we all fucking win, because that first movie is an absolute cracker. You can't blame a new generation for taking a shot at that kind of brilliance. The fact that there are less penises on the set  has nothing to do with it. 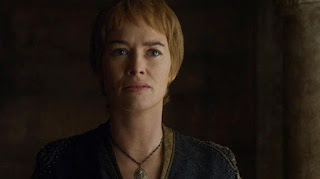 It's just fear, but there is nothing to be afraid of. New voices create new perspectives that create new worlds. More people, more ideas, from different genders, different races and different cultures. It should all be welcomed and shared.

That's how little things like art and culture and our whole world work, and it's the only way we grow and evolve. If we just see the same old faces over and over again, we'll never get anywhere. 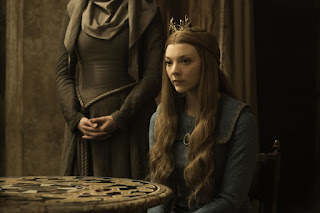 It even makes business sense. Companies only grow through diversification, not by chasing after the same small demographic.

Heed the lesson of Peter Campbell in Mad Men! Pete was an odious piece of shit, but he was also unintentionally progressive, because he never understood why they couldn't target to African Americans or other lower-class groups, because there was money to be made there. Why wouldn't you take that money? 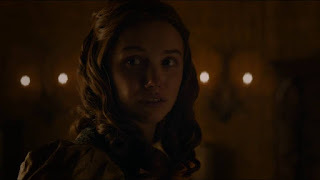 So when I opened up the Thoughts On Thrones a few weeks back, I realised I was the only guy, and I was absolutely overjoyed, (and a little bit mortified, because they had still put my bit up first, which looked like The Man was still stamping them down).

But I was delighted to share a byline with five other talented writers, who could give a perspective that I don't always have. I want to hear what nerdy guys like myself have to say, but I also want to know what everybody else thinks, especially when they don't agree with me.