Comics achieved that perfect alchemy of words and pictures about a century ago, but the ways comics are delivered continues to evolve and change.

After an eternity of print, digital looks like the most likely future, with serial comic book storytelling going electronic, and higher end collections still published on paper. It might come on a screen rather than a page, but there will always be new Batman comics.

Digital comics are not my thing, for loads of different and stupid reasons – but I still genuinely enjoy going to comic shops and getting the same few regular titles every month. I don't get as much as I used to, barely a dozen regular titles, but I still get some. Nearly half of them are published by Image, most of them have a limited life, and all of them make stopping by the comic shop every weekend worthwhile. 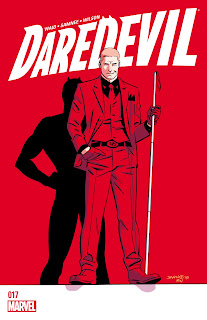 The only regular ongoing superhero comic I still get is Daredevil by Waid and Samnee, who are both moving on to other things fairly soon. It's been a ridiculously confident superhero comic, with bold, clever storytelling strokes and some sweet cliffhanger action, and scratched an itch for strong superhero fun that is never quite satisfied. I'm not sure what's going to fill that hole when Daredevil swings off in another direction, but I've got some ideas.

The only other Marvel comic that I'm getting at the moment is just as limited – Where Monsters Dwell by Garth Ennis and Russ Braun still packs some daft action and brick-subtle social commentary into its short run, although the funniest thing about it is how they're trying to tie it into Secret Wars, when the comic has absolutely no interest in even acknowledging anything to do with Secret Wars.

Some of Marvel's current weird range of titles that have spun out of the whole Secret Wars thing are awfully enticing, with interesting creators going a bit crazy with the mash-up concepts, (and I still have a total Pavlovian reaction to that Inferno logo), but they all look more confusing than entertaining. 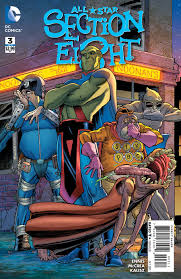 It's not like I'm getting a lot of regular DC comics to balance it out – the only two comics I'm getting from that publisher are All-Star Section Eight, (where the best bit so far has been Green Lantern refusing to play along with the gag and telling off all the readers for expecting such shenanigans), and Sandman Overture, which is just as much fun in its own way, because it's always great to see talented comic makers go completely over the top with things.

Again, some of the new books, like Prez, Bizarro and - somehow - Midnighter look like a lot of fun, but I missed the first issues at my local shop, so will have to wait for the collections to check them out. 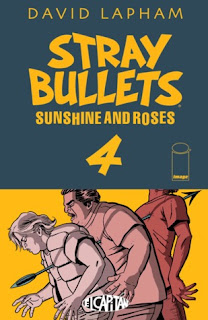 Instead – and I'm still a little blind sided by this – Image is the publisher that puts out most of the regular comics I get. These include Warren Ellis' Injection and Trees comics, which are structurally fascinating; and Ed Brubaker's solid Velvet with Steve Epting and spectacular The Fade Out with Sean Phillips (it's Dottie that's behind it all, right?)

It's where I get my Morrison and Millar fixes – the only Millar comic I'm getting at the moment is Jupiter's Circle, and Nameless is the only Morrison book I'm getting right now. Both feel a bit over-familiar, but have some lovely art. And again, they only have a limited life, which makes them easier to bother with..

And Image is a fine home for old survivors like Bob  Fingerman and David Lapham, who are still producing fine regular comics, this deep into the 21st century. Stray Bullets has been particularly fine in recent days, while Fingerman's Minimum Wage comics are seriously good looking – a recent issue with some airbrushed dreamscapes was just beautiful. 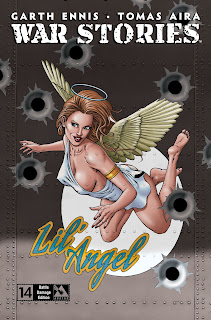 I also get one Avatar comic - Garth Ennis' War Stories comics, which has benefited greatly by looking at combat tales from new perspectives, like a tank commander in the Israel's Six-Day War, or a group of German civilians fleeing some pissed-off Russians in the dying days of World War 2.

Unfortunately , they also come with the usual bog-awful Avatar art, which often undercuts many of the big moments that Ennis is going for. I also keep telling my shop guy that I don't want the covers with the gross 'good girl' art, but that seems to be all he gets. 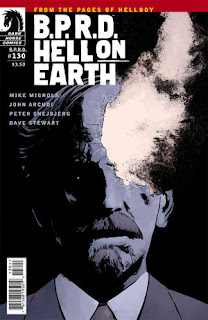 The most consistently strong regular comics I get are in one little (but rapidly expanding) corner of the Dark Horse comic line – the Hellboy and BPRD comics.

After some heavy-duty catching up (much more on this later), the BPRD series has somehow become my favourite monthly comic. Twenty years of outstanding comics by Mike Mignola and his chums have produced a thematically rich and character-rich world, which just makes it more heartbreaking when that world falls down around those beloved characters.

Hellboy and the BPRD: 1952, a spin-off title, is just was welcome, while the increasingly rare new issues of the actual Hellboy comic, once again fully written and drawn by Mignola, are total gems.

The writers and artists playing in Mignola's world are producing great work across a number of titles, full of smart and stylish comics, and I happily get the Abe Sapien., Lobster Johnson, Baltimore and Witchfinder spin-off series in trade paperback, simply because I can't keep track of the phenomenal workrate. With promises that everything in the Hellboy universe is about to get totally shaken up again soon, it's unarguably great serial comics. 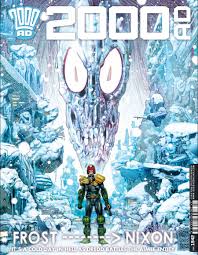 I also still get 2000ad off the shelf every week, and that ain't ever going to change, as long as there is still 2000ad, me, and shelves. 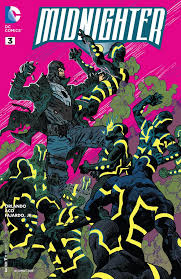 I'm always a little embarrassed by my regular comic diet, the same old names like Ennis and Morrison, and more than a few other creators from the 1990s.

But I'm always up for something new, and most of the regular comics I get do have finite lives (if something lasts for 20-some issues, is it still a limited series?). I like getting about a dozen new comics a month, and when they're pushing ten bucks each, can't really afford to get much more.

But there are always great new comics to indulge in, and enjoy. The future might be digital, but I still like getting that new ink on my fingers every month.
Posted by Bob Temuka at 6:18 PM

If you're getting your comics from Heroes for Sale, then I must be the chap getting copies of the non 'good-girl' covers of War Stories - and no I'm not going to swap with you, since I don't much care for those covers either.
I agree with you regarding the awful art on those War Stories unfortunately, especially when one remembers that the War Stories from Vertigo had art by the cream of British artists such as David Lloyd, Chris Weston, Dave Gibbons, John Higgins, Cam Kennedy etc as well the inestimable Carlos Ezquerra.
As for 2000AD, I'm with you there, even if does seem to have almost disappeared from the shelves of Auckland ... when I moved up here and ordered 2000AD from my local bookshop, the owner knew better than put price stickers on my copy of 2000AD or the Megazine :-) she basically said it was pretty much only collectors buying it weekly here now. Sad, given that 2000AD used to sell up 8,000 copies a week in NZ.
kiwijohn