The local video store is closing down, and that's it for video stores, as far as I'm concerned. I held out a lot longer than most with the whole going-to-a-shop-and-renting-shit thing, but my days of wandering up and down those endless bland store aisles, looking for a cinematic fix, are done. 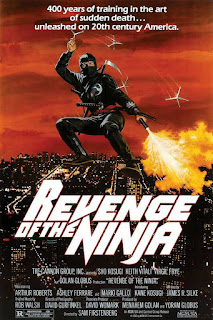 We didn't have a video player until I was nine, and I can still remember how horrible it was to miss a programme and never be able to see it again – I cried real tears when we had to go to a family party while The Posiedon Adventure was on TV, and I still have deep emotional scars from missing the final part of the Doctor Who adventure The Leisure Hive.

Video came along in the early eighties and freed us from this small tyranny. Now you could watch Star Wars whenever you bloody well felt like it, and if you were out or in bed when the latest episode of Sapphire and Steel was on the TV, it would magically record it for you.

And the video stores were suddenly everywhere – you could even rent tapes from the local petrol stations. There was a glut of product, as distributors put out any old crap they had, and it was eagerly hoovered up by a generation of TV watchers who were sick of being forced to watch Coronation Street, and wanted some video nastiness. 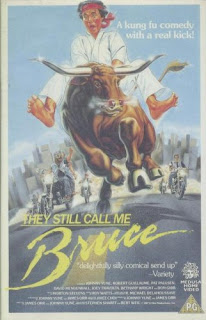 'Revenge of the Ninja' was the first one I ever got out with my own money, and I remember it well because it was an R13 and I was underage, but I still managed to convinced the store clerk that my Dad said it was okay. My Dad didn't know anything about it, and me and my mates watched it while him and Mum were off at the darts.

It was an awful, awful film, except for one sweet piece of car stunt action that I still remember, and I was left vaguely disappointed. I'd get used to that anticipation melting in the face of reality over the next 30 goddamn years, as I spent an undesirable amount of my life in video stores, looking for great examples of cinema on the shelves. It was a lot of work - over the years. I watched everything, from the usual blockbusters to the nastiest Italian gore to the They Call Me Bruce films.

There was always something new to watch, or some old director to catch up on. There wasn't much else to do when you grow up in small town New Zealand, but you could see how the rest of the world looked on film, if you looked for the good stuff hard enough. 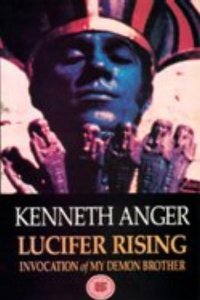 I became a bit of a video store snob over time, seeking out the best stores – the ones with the festival films and the things you could never find anywhere else. I would find, and haunt, places where you could find all of Kenneth Anger's Magick Lantern Cycle or the collected work of Satyajit Ray, because they were full of film treasures.

Whenever I moved town, the first thing I would do after signing up at the local library was sign up at the best local video store, and see if they had those last few Hammer horrors I hadn't seen, or some strange foreign delights. 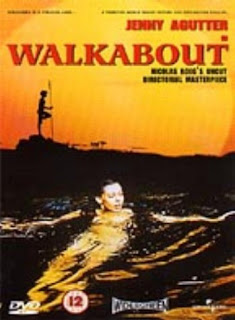 I even worked in a video store in Christchurch for a full eight weeks in 2001, just as the DVDs were starting to really appear. It was a fantastic job, but I had to quit because the boss was a total fucking bitch, and I couldn't stand for that, and when I left, I stole a copy of Nicholas Roeg's Walkabout, because that's the type of fucking dork I was. 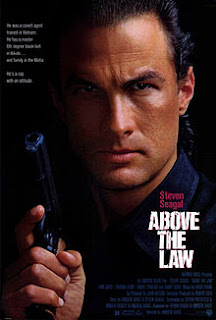 They're almost all gone now. All those stores where I spent literally hours trying to decide if I needed more Steven Seagal or Lars Von Trier in my film diet, they've closed down, one by one.

It was a slow death: DVDs propped up the video store industry for a little while, but once people could start getting films easily and cheaply over the internet – legally or not – it was all over. More and more films were streamed and downloaded, and nobody could be bothered heading out into the cold, dark world to get their entertainment, when their entertainment could come to them.

One by one, they faded away, and nobody seemed to mind. 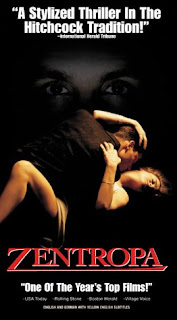 I held on to the end – until this month I was still getting out $1 DVDs every week, just to catch up on the films that weren't worth paying up to $20 to see at the cinema, or had bypassed the theatres completely.

I can never find them by browsing through online lists, because I never really know to look, and don't trust the algorithms that pretend to know my likes/dislikes. The type of films that were never worth more than a buck to watch could only be found by looking at hundreds of the things on a proper shelf, artwork and logos sparking memories of a positive review or an interesting plot.

All that time spent in those stores wasn't wasted. It was far too much fun for that, cramming more pointless information about movies into a head full to bursting. I could always use a bit more of that. 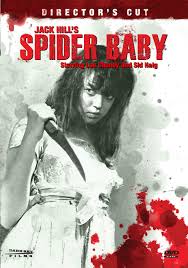 The local store is closing down now. They've sold off their stock at insanely cheap prices, and I'm certainly one of the vultures who grabbed a few things, desperate to have a copy of Jack Hill's Spider Baby to call my own.

But it'll be gone next week, faded into history like that awesome Video Ezy that set up in the bottom floor of my favourite local cinema, or that arty place where I hired out too many Peter Greenaway films. They're all gone.

I'm not going to bother joining anywhere else. There is nowhere close by, and it's become more of a hassle to regularly hire out discs from anywhere else. I'll sign up for some kind of streaming bullshit, because that's all they really offer any more. 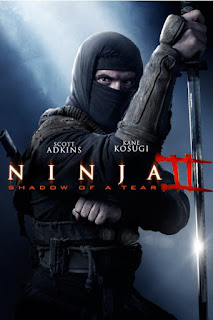 The last DVD I hired before they announced they were closing down was a ninja film starring Scott Adkins. It came out a couple of years ago, but I only stumbled on it while flicking through the shelves one last time. Like almost all of Scott Adkins films, it was awesomely awful – and a perfect end of an era.

If my video store days are done, I'm going out like a ninja.
Posted by Bob Temuka at 10:09 PM