Sometimes they come back: Stray Bullets, Miracleman and Twin Peaks

The big downside of serialising fiction is that there is no guarantee that the story is actually going to end properly. It might not be popular enough to warrant more chapters, or could get tied up in some weird legal limbo that strangles the life out of it.

This is a particular problem with serialised television, where many great series have ended on heartbreaking cliffhangers that never get resolved properly, leaving beloved characters in purgatory.

It also happens a lot in comic books, as some series never get the ending that was promised, or deserved. When a comic is so obviously the work of a distinctive and smart creator, it needs that creator to end the story, nobody else can do it. And if they move away from the project, they might not return. 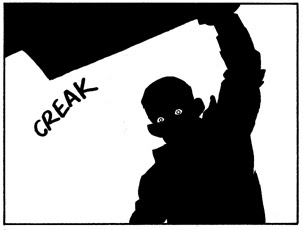 It was with enormous pleasure that I stumbled across the return of David Lapham's excellent Stray Bullets in the pages of the most recent Previews. I had completely missed the news it was coming back, which is a bit odd, because it's coming back with a vengeance.

In March, Image are releasing a 1200-page collection of all five arcs of Stray Bullets, in all their messy, sprawling glory, and the series is continuing with an all-new number one. And we're finally, finally getting #41 – the long awaited last issue.

Lapham's epic noir has been left hanging for almost a decade, with the story of Virginia Applejack's awkward return home dangling painfully in all that time. Lapham has kept busy with things like the almost likeable Young Liars and various gross Avatar comics.

He did have a family to support and couldn’t take the kind of financial risk that comes with self-publishing, and nobody could blame him for that. He always said in interviews that he planned to come back to it one day, when the schedule became clearer, and he could get the best deal.

Stray Bullets always did have an irregular schedule, with the 40 issues coming out over  10 years, but the nine-year break that followed was painful, because it really was a fantastic comic. The lazy criticism is that it was all a bit Tarantino, but while the creators shared a fascination with the criminal underworld and the hideous consequences of heists-gone-wrong, Stray Bullets had a tone and style all of it's won.

It was darker and streakier than Tarantino's brightly lit, wide-eyed nightmares, with a strong and steady line that produced incredibly slick comics. The scripts could get tied up in knots, but that was all part of the fun, and Stray Bullets liked to pull those knots tighter under they snapped.

It's good to have that kind of pressure back. 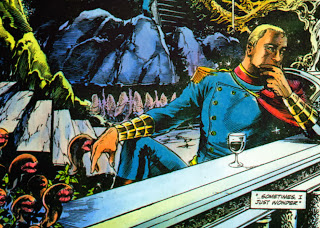 Miracleman is the other obvious story I’m looking forward to seeing conclude, after buying the last two monthly Eclipse issues a lifetime ago.

That story – or at least, the Neil Gaiman and Mark Buckingham part of the story - has been trapped in a legal quagmire for decades, until Marvel recently somehow sorted out the rights, and is happily reprinting all those early issues, with the assurance that the story Gaiman and Buckingham started, all those years ago will finally be completed.

Like Stray Bullets, there has been an air of vague inevitability that the creative team would end up finishing their story. Both Gaiman and Buckingham have re-iterated, time and time again, that they would like to finish it someday, and even though nothing official has been announced, Marvel is about to power through the older work, and will have the opportunity to slide right into new stuff in a matter of months.

It’s unlikely the story itself will feature any surprises, Gaiman has revealed the vague plots of the uncompleted Silver Age and never-started Dark Age, and has even told how the story will end (two people, on a beach, as the last sun goes down). The entire future of the Miracleman world - including the migration of the miracle babies and the strange story of the Fate Supercomputer - has already been documented, and can be found in George Khoury's terrific Kimota! companion book.

But a lot of the charm of Miracleman was always in the little details, and I look forward to the day I walk into the local store, and there is a new Miracleman comic waiting after 22 years (22 years!), carrying the story on to a proper conclusion, and maybe even going down a few paths I couldn't have predicted. 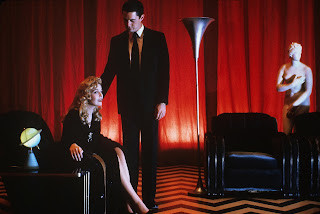 It’s much more unlikely for TV shows to return after decades on hiatus, if only because actors and major creative voices grow older and move on. TV is a much more collaborative medium, so getting everybody together to continue a story that may have been cut short can prove simply impossible.

But it still happens, in a way. And it may be happening to one of the most intriguing series ever to be left hanging. Recently, David Lynch has confirmed that he has been shooting new Twin Peaks material, and while it looks like it will be only a promo for a deluxe Blu-Ray edition of the series, it does open the door for more of the show.


Twin Peaks famously ended with the lead character trapped in the black lodge, while his body was possessed by a spirit of murder, and that giant, unanswered question has been overshadowing the rest of the series ever since. The wonderful Fire Walk With Me movie did offer some resolution (even if everybody couldn't see it at the time), but the idea that this weird story could finally have a full stop is just brilliant.

Besides, it's about time. Laura said she would be seeing Agent Cooper again in 25 years, and that's right about now. 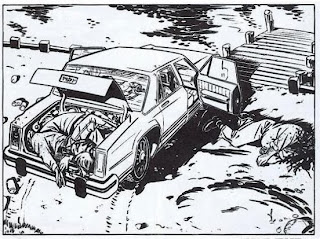 There may be some unlikely hope that Twin Peaks will return, but it's also worth conceding that some stories will never be finished, Kirby’s Fourth World saga will always be incomplete, no matter how many well-intentioned bids to tie things up from other creators, because it was always Kirby's story, and nobody else's.

But sometimes they come back, and they might be a long time coming, but that just makes the result all the more tasty.
Posted by Bob Temuka at 7:12 PM