Comic retailer (and king of the coming bloggers) Mike Sterling recently said he reckons that they need to shake up the BPRD universe a bit, and maybe even reboot the series, because it's become so well established that anybody who is into it is already getting it, and standard attrition over a decade of comics means it's time for some kind of a fresh start.

Mike knows what he is talking about when it comes to selling comics, and if he says there are no new readers coming on to the BPRD, I totally believe him.

But I'm also totally glad to be the exception to the rule, because I've finally, finally started buying BPRD every month.

It was almost inevitable, once I'd caved in to Hellboy, because it's a very short step from there. I've read all the BPRD series in trade form from the local library, and enjoyed them all, even if I read them totally out of order. But by the time I did start reading them, they'd already been running for years, and the sheer amount of material was off-putting.

But then BPRD started being one of those series that I kept picking up out of dollar bins at conventions and stores. Before I knew it, I had almost half the series in scattered back issues – enough to add them to The List, and start looking for the remainder of the series properly.

It also seemed like a good time to start getting it new every month. Partly because it means that I don't have to dig more issues out of the cheap bins, but mainly because it's a fucking excellent comic that is absolutely worth getting every month.

There does seem to be a vague critical consensus that BPRD has seen a slight downgrade in quality ever since the magnificent Guy Davis moved on. It's still mostly seen as a fine comic, just not as brilliant as it once was.

But the way the story has turned into a tale of the end of the world is fascinating. The world the BPRD operate in has almost no resemblance to the real world any more, with demonic and Lovecraftian menaces responsible for destruction on a massive scale. Some of the world's great cities - including New York - have fallen, millions of innocent people have been killed, and there is the palpable sense that humanity is winning the odd battle, but losing the war against the horror.

All of this is shown in unflinching detail, (with the odd intense action scene), but the real appeal of the BPRD's current direction is the way it focuses on the people, dealing with the apocalypse in their own way – many give in to cynicism and despair, but others still hope for a better future, even with all the odds stacked against them. Some could still go either way, but fight on anyway

Davis’ scratchy and startling artwork is certainly missed, and the number of rotating artists means there is a slight lack of consistency, but each new BPRD art has strong, clear and  competent art, casting a sharp eye over all the unending horror of this hell on Earth.

And even though there are some distinctively different artistic styles coming in, with artists such as Tyler Crook, Max Fiumara, James Harren and Cameron Stewart, they all feel of the same universe, with a similar tone and feel. All of the Hellboy universe books, including Sir Edward Grey: Witchfinder, Baltimore and Abe Sapien share this cohesive feel, they all belong in the same world.

This is partly due to a strong sense of colour and cover design that Mignola’s influence sparks, and the artist’s use of heavy blacks is picked by all the other books, including the various BPRD artists.

BPRD has, in recent story arcs, had a wide-eyed accessibility that shows the despair of this long, slow apocalypse in unflinching detail, but it also has that consistency in design and mood that can be seen in all of Mignola’s related titles. 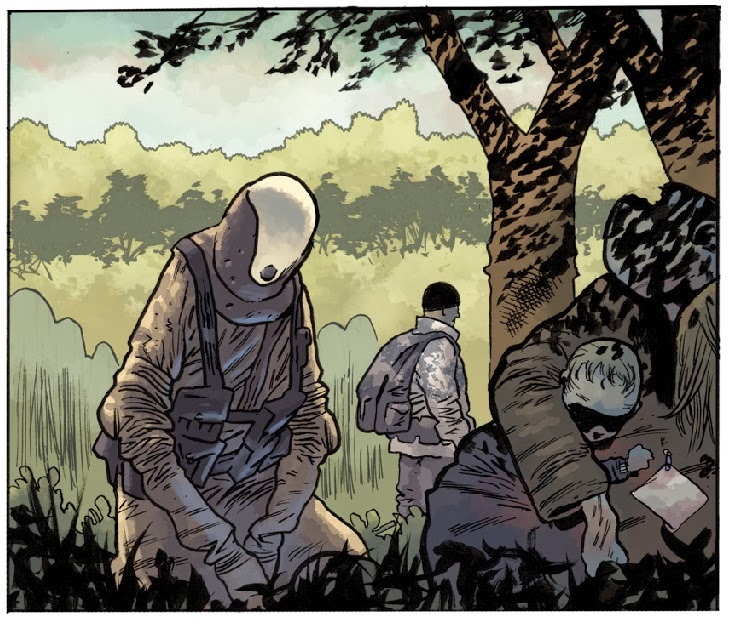 The result of all this is that the Mignola-verse feels like a complete whole, in a way no other superhero universe does any more.

The DC and Marvel universe are far too sprawling and complex to remain a cohesive unit, because there are too many creators, editors and marketing people involved, all with different goals.

Once upon a time, the Marvel universe did have that distinctive, mainly Kirby-inspired look, across all of its titles. This was helped by the fact that there were so few titles, with strong art direction across all of their books.

In their own weird and wonderful way, the Hellboy universe is the best version of that old Marvel ideal. It’s several tightly controlled books, all with strong design and similar story themes, all clearly taking place in the same world. That sort of thing remains as appealing as ever, especially when the titles are all well-established, with strong creative teams building up character relationships over years, and taking this world into the future. 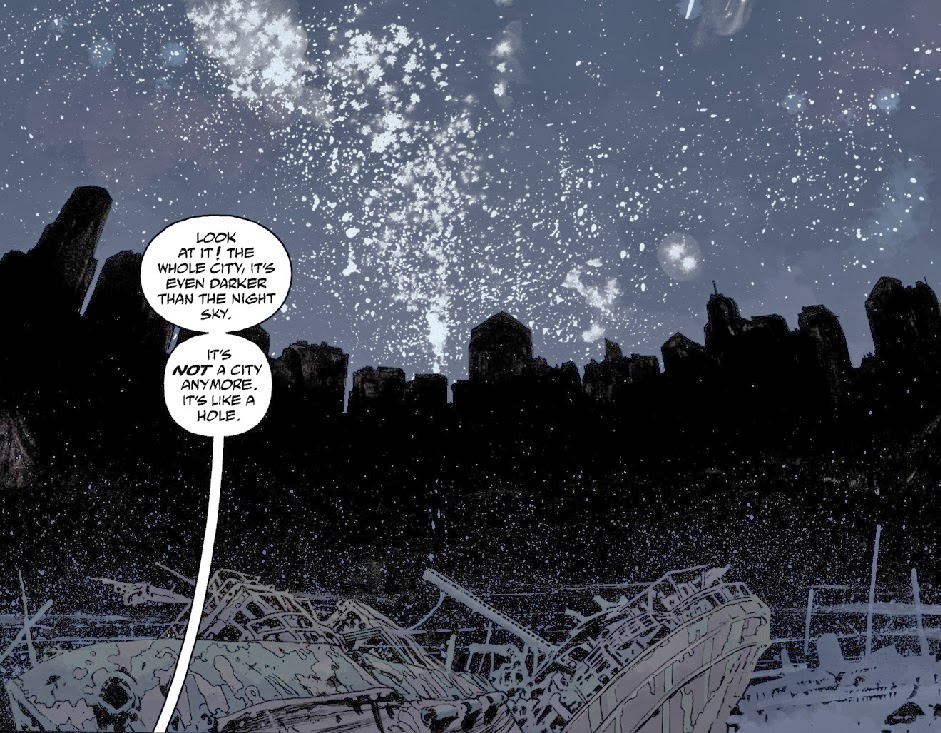 It is still a fairly dark world, despite the pretty art.  Baltimore is set in the grim twilight of vampire atrocities, Hellboy is literally in hell, and the BPRD are fighting a losing battle against unimaginably vast and evil forces.

But there is still light in the darkness, and it’s that light that has hooked me on the BPRD comics, a decade or so into their run. It’s not just the (slim) hope that this particular apocalypse can be cancelled, it’s the light of compassion and empathy that still shines in the darkest of days.

The characters of BPRD have gone through all sorts of horrors, and all sorts of loss, but they still care for each other. When one of the series main characters returned to her friends in a recent issue, it was incredibly moving, especially since she’d been away for years.

And that’s why I really hope that I will be able to keep getting new BPRD comics for the foreseeable future, and why I will be hunting down the rest of those back issues I started picking up. Because it’s a story of ordinary people in extraordinary circumstances, who don’t let the despair of their world destroy them, and fight on against the dark, no matter how hard it gets..
Posted by Bob Temuka at 11:02 PM

BPRD has been on our radar ("we" being the mean geek podcast) for some time; we havent dug in not because of sheer volume, but because the sotrylines don't make it clear precisely when which volume is in context with other volumes. been looking for a clear list of "this was first, thsi was next" for some time. do you know of one?

Adrian, Sean T Collins has compiled such a list that he posts updates to from time to time: http://seantcollins.com/2014/01/hellboybprdmignolaverse-reading-order/

Funnily enough Bob, I'm just about to embark on the same endeavour. After reading up to date in the various trades (and filling in the odd blank with scans - sory everybody), I'm more than sold on finally jumping on picking up the book monthly. It's helped of course that DC apperently no longer wish to receive any money from me, judging by the comics they're putting out.

I'd love to see the Mignola-verse go on and on for as long as he and his collaborators feel it needs to. It would be awful if the story that's built up over the last 15 years was compromised by unecessary relaunches or (god forbid) cancelled before it wrapped up.

So I'll be joining you as a new monthly BPRD reader. I hope many others will do the same :)