Why Doctor Who is the greatest TV show ever

With the 50th anniversary next weekend, New Zealand's biggest newspaper asked me to explain why I think it's the greatest television show in the history of the universe. 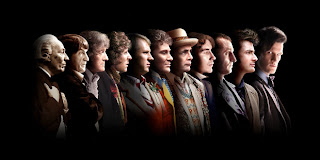 Doctor Who is a cheap, cheerful and cheesy British show for kids, starring a madman with a blue box who can go anywhere in time in space. It's also the greatest television programme ever made.

I've been convinced of this fact right from the start - my earliest TV memories involve Tom Baker hiding away from some Daleks in a quarry, and I've followed the show with absolute passion ever since.

I still only remember the date of John F. Kennedy's assassination because it took place the day before Doctor Who first started, and I got a bit emotional when I saw the fifth Doctor's console at the Who exhibition in Cardiff last year. The discovery of missing episodes in Nigeria this year was - as far as I'm concerned - the biggest news story of 2013, and there is a part of me that genuinely thinks Doctor Who And The Dalek Invasion Of Earth is the best book ever written.

And when the show came back in the 21st century after a 15-year hiatus, I was delighted to see the series was as good as it ever was, and even occasionally great. It's grabbed the attention of a whole new generation, and secured its immediate future through sharp scripts and cool casting.

The series celebrates its 50th birthday next weekend, and it is still as fresh and surprising as it was in 1963. There are many factors behind its longevity, but its appeal can also be summed up by three reasons: 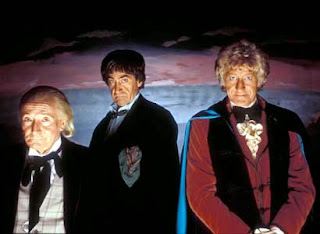 1) Doctor Who stories can be about anything

The only thing all episodes of Doctor Who have in common is the Doctor and his Tardis - and the fact that the Doctor is never cruel or cowardly. But anything else goes in a new episode.

While it is still, first and foremost, a science-fiction programme, the show's concept gives it access to any era of human history and any location in the universe. This means Doctor Who stories can be shameless comedies, romantic dramas or grand, sweeping historical epics. They can be about the survival of a small group of people in impossible circumstances, or the saving of the whole universe. There are no limits. 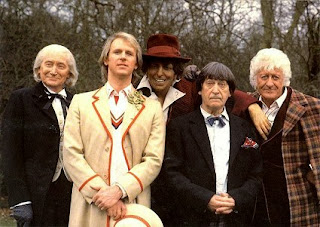 2) Doctor Who changes with the times ...

If the show had stuck to a formula, it would be remembered only as a 60s throwback, but it changes with the ages, the stories reflecting the eras they were produced in. It started as an educational primer on history for children, before going through various stages of sophistication. Some of the 80s' stories got very political, and the 21st century incarnation of the series hasn't been afraid to wear some of its ideologies on its sleeve. The most obvious change is, of course, the regeneration of the main character himself, and this is also part of its enduring charm. Nothing stagnates when the Doctor goes through a radical physical and psychological rebirth every few years, and the various facets of the his personality can be seen on the surface of different faces. 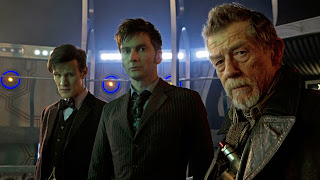 The character played by Matt Smith, with his big boots and bigger chin, mucking about with the Ood in 2013 is the same character played by William Hartnell, who was learning how to talk to the Sensorites in 1963. There is a clear continuity that has never been thrown away or rebooted, over the five decades of storytelling.

This means every story, no matter how unimportant or silly, matters in the grand scheme of things. It gives it a sense of history that no other TV show can match - even something like The Simpsons is stuck in an eternal status quo, while Doctor Who moves onwards and upwards. 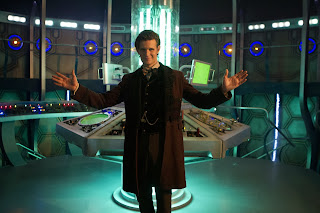 Doctor Who has also survived so long because it has had some mercurial writers, some stunningly attractive young actors there to ask the Doctor questions and, in the past few years, some bloody good special effects.

The 50-year mark is an anniversary worth celebrating, with the "Day of the Doctor" episode being simulcast all around the world next Sunday morning, and showing up in 3D cinemas for special screenings on the same day. David Tennant and Billie Piper are back and John Hurt is a mysterious stranger. Nothing will ever be the same again. But the real excitement in the Doctor's 50th year is that it goes on, with planning for next year's episodes already under way. A new Doctor - played by fantastic Scottish actor Peter Capaldi - is on the way and the story goes on, with a new adventure in time and space every week.
Posted by Bob Temuka at 11:32 PM