I came to Sandman at a very, very pretentious point in my life – I was just at the right age for its lofty ambitions, complicated storytelling and daft jokes, and I was just self-important enough to think it was all so very mature.

It was also a vital gateway comic, taking me by the hand and gently leading me away from a purely spandex-based comic diet, into the vast and wonderful world of alternative comics. I was reading Neil Gaiman and chums' Sandman before I ever got hold of Watchmen or Love and Rockets or anything really good.  And while I would have found those things even if Sandman never existed, it might have taken a lot longer to get there.

I still have a deep fondness for Sandman, and re-read the whole series every couple of years, and it’s always slightly smarter and funnier than I ever remember. But I was still surprised by how much I enjoyed the new Sandman comic which has just come out, especially because it wasn’t just a totally nostalgic thing. 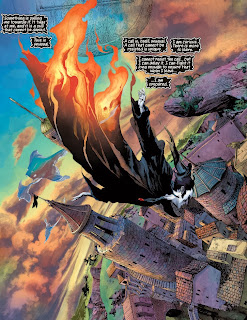 It is still largely a nostalgia thing, because I have always taken Sandman just a little too seriously.

When the last issue of the regular series came out, I went to read the comic book in the Dunedin botanical gardens, because it was a lovely day to sit in the park and read a good comic, and then the weather changed suddenly and it pissed down with rain and I ended up hiding underneath a bridge, and that’s where I read that last issue, and the pages are still a little crinkled.

Nearly a decade later, Sandman; Endless Nights came out when I was in journalism school, and I had to give up all comics completely for 18 months, even my beloved 2000ad. When I graduated, I won some prizes and they gave me lots of money, and I immediately turned around and spent half of it on a bloody big bag of weed and a whole bunch of comics that I’d missed, and one of them was Sandman: Endless Nights, and it still reeks of stoned indulgence.

Then it’s the past weekend, and it’s 2013 already, which means it’s 20 years since I first fell for Sandman, and here I am, sitting in a park, reading a new issue of Sandman, and it’s still enormously satisfying.

As pleasurable as these lazy afternoons in the park with a new Sandman comic are, the series really did finish with it’s 75th issue, more than 17 years ago. That was still a bold move at that time – comic companies just didn’t stop publishing highly successful series just because the creator said so – and it’s easy to overlook how bold it is, now that Bill Willingham can wrap up Fables and get little more than an “about time too” reaction.

Gaiman has still been doing little bits and pieces about his precious Endless here and there, but they have all been short, sharp shocks. Even Endless Nights was a collection of short stories, when Gaiman's strengths have always been more suited to novel-length stories.

Which is where Sandman Overture feels more like Sandman than any of those short pieces, and not just because it's a rare starring role for ol' Morpheus himself. It’s a story that has room to breathe and ramble on a bit. There are parts that might even be thoroughly unnecessary, but it can be argued that everything about Sandman is thoroughly unnecessary, and that's where its charms really lie.

The first issue of Sandman Overture takes its time getting to the point, with some flagrant “This is going to be bad, isn't it?” with Destiny and Death, before mucking about with the Corinthian again, without any real new insights into the teeth-eyed monster (although JH Williams III finds a new way to make him a little more repulsive, with the view from inside those tiny mouths).

But so what? There's five more issues to come, and Gaiman only has a couple of beautifully indulgent set-up scenes, before the story kicks in. The first chapter ends a little abruptly, and it's not the first time Gaiman has ended a section with an omnipotent creature left confused and discombobulated, but it's still works, especially when the story asks a question about the Sandman's universe that has probably occurred to more than a few readers over the years. 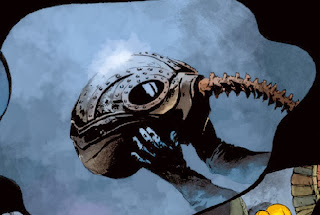 Of course, it helps when you've got somebody like J H Williams III doing the pictures, with the artist instantly becoming one of the finest talents ever to work on a Sandman comic.

Any complaints that the series is being stretched over a year are instantly rendered void when you see the effort Williams is putting into his usual gorgeous designs, with his malleable palette well suited to the slippery world of a dream, while also hard-nosed enough to get to the bloody point, even when he's drawing a sequence featuring talking flowers.

Williams is just as ambitious with his compositions as Gaiman is with his story - few artists could pull off the double-page spread of panels as teeth in a murderous mouth, or have the comic slip inside the pages of Destiny's book, with such comfortable experimentation, let alone do them on consecutive pages.

And Williams isn't all crazy, elaborate designs. He also still doe some fine figurework within these constructions, and his version of Morpheus has the usual long-faced gloom, but doesn't really on the crazy hair for personality, finding it in tight eyes and extraordinary cheekbones. 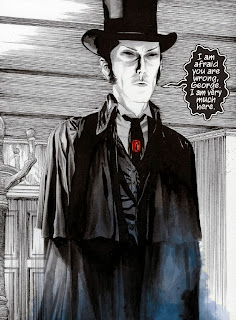 Dave McKean's cover isn't bad either, mainly because it doesn't really look like a Sandman cover, which is what all the best Sandman covers look like. 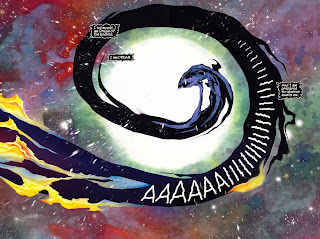 It is a pity that DC felt compelled to stuff the first printed edition of the first proper Sandman comic in nearly two decades with adverts for other Vertigo comics, giving the whole presentation the feel of a glossy catalog, (which is especially galling when a couple of gatefold pages push the price up further, and over the crucial $10 mark in local money).

And Gaiman's voice – that occasionally insufferable authorial voice which bends at the very limits of tweeness, with it's calculated asides and easy-going narrative flow – is unleashed at full power in Sandman, and anybody who finds that grating will be in agony by page four.

But if you find Gaiman's voice harsh, then you probably shouldn't be reading a Sandman comic, because it's almost nothing but that voice. I fucking love it still, and I fucking loved this comic, far more than I expected. There are enough unusual questions and pretty pictures to keep me happy until the next issue, until the dream starts up again.
Posted by Bob Temuka at 11:13 PM