To love, and be loved.

Over the past week, I've made it pretty clear that I really do think Doctor Who is the best fiction ever, and this is a fantastic time to be following the series, with the 50th anniversary of the show, and all sorts of relevant celebrations to mark the occasion.

I've certainly been celebrating it – I've been gorging on audio plays, reading Doctor Who mags (both old and new), catching up on some favourite old episodes, re-watching the recent Paul McGann mini-episode, dipping in and out of several reference books, I adored An Adventure In Space And Time when I saw it on Friday, and earlier this year I got to see four Doctors up on the same stage.

The crown jewel in the anniversary celebrations was the big special episode that premiered over the  weekend, featuring the return of David Tennant and Billie Piper, and the appearance of John Hurt as a new, tragic side to the Doctor. It was in 3D, and played in sold-out cinemas, and was screened in a worldwide simulcast premiere. It even played on New Zealand television screens early yesterday morning, which still feels bloody weird, when I used to wait years as a kid, waiting for episodes to screen here.

It was a chance for Doctor Who enthusiasts to all join in the same adventure, at the same time, breaking down barriers of geography and culture – everybody getting in on the fun.

Except for me. I totally missed it because I was flying home from a mate's birthday party. 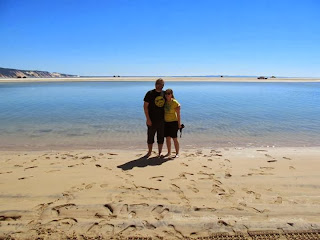 Sometimes I tell the wife that the only thing I love more than her in the world sometimes is Doctor Who, but that's not really true. There are brief, fleeting moments when it is the best thing ever, and I feel a real emotional connection that it really quite powerful, but that's still nothing compared to her smile.

I really travel to see crazy shit, and find out how people live in far-off places, and go scuba diving in Egypt and snowmobiling in Lapland and things like that. And, most importantly, I do all these things with my lovely wife, and we share all these wonderful experiences, and often relive them together. She is there for almost all of the greatest moments in my life, and none of them involve going to a comic book shop.

I’m not denying that I can go a little crazy in book and comic shops when I go travelling, and sometimes I drag the poor wife halfway across cities on the far side of the world to see if they have any Eddie Campbell comics, but I’m really there for the experience of these foreign lands, more than anything. 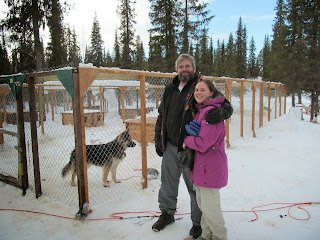 I care about my entertainments, and I can get passionate about them, but I'm still baffled by people who care so much that anything they don't like drives them into a total rage, even if that's the default setting for any kind of discourse on the internet.

I’m just still not convinced that things like art and entertainment are always worth getting passionately angry about. Art is a great thing - and many would say it is the greatest thing humans are capable of - connecting us as individual people and pushing us forward as a species. It’s a record of who we are and how we think, and shows us unseen facets of our hidden selves.

But even though I can be – and have been - profoundly moved by great art, none of it compares to the moment the love of my life said she’d marry me, or any time my dad tells me he is proud of me, or even any time I can do something nice for any loved one. I certainly don’t begrudge anybody who does think great art is more important than real-world relationships, but that ain’t me. 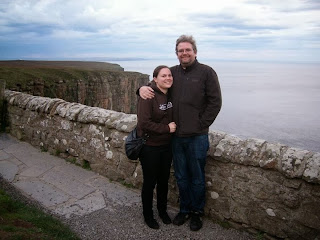 So I can spend a large part of my week (and, for that matter, my whole life) neck-deep in Doctor Who and all its riches, but miss the most important part of the whole celebration, and I don’t feel conflicted at all.

When my mate told me he was having his birthday party on the 23rd, I knew straight away that it was on the weekend of the anniversary, and that there would be a great chance I’d miss out on something important, because I had to travel three-quarters of the way down the country to go to the birthday.

There was bound to be something missed (especially when I have fine form of just missing big Doctor Who moments because of travel – I’ve been stuck in Heathrow twice while new Who is buzzing through the air around me).

And when it was finally revealed that there would be a simulcast and that it would be at a certain time, my plans were set, and I knew I’d miss out on joining in with the fun.

For one brief, tiny instant, I considered not going to the party altogether, but fuck that.

I love Doctor Who with the white-hot power of a thousand suns, but I’d never let that get in the way of an actual real relationship. In the most extreme example, the despair I would feel if Doctor Who disappeared forever is absolutely nothing compared to the pain of losing a loved one, and I can miss a history-making episode of a television show because, well, it’s just a fucking TV show.

I chose a skody old mate over the best television show ever, and that's the way it should be. 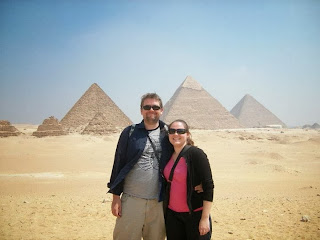 I don’t think there is anything wrong with being passionate about your entertainment, although that passion is often gobbled up by the Rage Monster, with fans of something incredibly dorky often driven into total anger by silly, trivial things.

I’m certainly passionate about all sorts of dorky shit, but I also think it helps to have a bit of perspective.

It might sound incredibly cheesy, but I really do believe the most important thing in this life is to love, and be loved, and it’s as simple as that. A TV show can move me, and make me think, and make me laugh, but it won't love me like my wife does, and it won't share the experiences we have together. 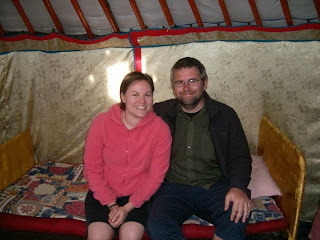 Besides, after all that, I did end up seeing The Day Of The Doctor a couple of hours after everybody else, so it ain’t all bad.

Unsurprisingly, I thought it was magnificent.
Posted by Bob Temuka at 10:58 PM