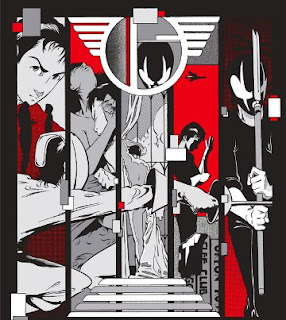 It's mid-1995 and I'm looking for something new in my comic diet. I'm 20 and I still like my superheroes, but I fell off the X-bandwagon a couple of years ago, and have been a pretentious little shit of a teenager ever since, only really reading Vertigo comics, (or anything by John Byrne). Even though I've been living in a Love and Rockets world for a while now, I'm just finding my feet in the world of independent comics, and I don't know where to start.

So I give everything a go, and this works out marvellously, because I discover artists like Clowes and Bagge and Sacco and Brown and Matt and all sorts. And this is 10 years after the big boom of semi-mainstream comics by idiosyncratic creators, so there are dozens of series like American Flagg and Zot and Concrete, and those are the ones I fall hardest for, and end up obsessively collecting.

By the time I get into them, they have all racked up dozens and dozens of individual issues, and it takes a long time – and a fair amount of money – to get a full collection of these comics going. But there are priorities, and the one series I fall hardest for is Matt Wagner's sprawling, messy and wonderful Grendel comics. 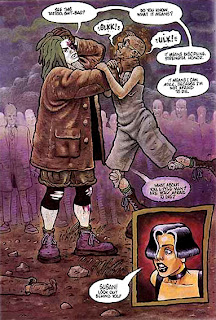 It all starts with a Homecoming. By the time I buy my first Grendel comic, the 40-issue Comico run is long done, we're way past War Child and deep into the sporadically brilliant Grendel Tales cycle of the story. And it's an issue Pat McEown's Grendel Tales: Homecoming, featuring the further adventures of honorouble warrior and jilted lover,  Susan Veraghen, that comes first.

And it's fucking brilliant. A simple enough story of a lone warrior standing up to the bullies who run a dying city, but it's full of action, and death, and tragedy, and honour.

After that, I eat up any Grendel comic there is, and the deep confusion of diving headfirst into a complicated mythology is as comforting as ever. The second Grendel comic I ever get is the Grendel Cycle book, which is a bloody good move, and it explains the basic histories and philosophies behind the Grendel concept, and makes it easier to put it all together.

I get all the remaining Grendel Tales, (which don't last as long as I truly hoped for), and fill in the gaps over the next decade – buying big chunks of the Comico issues, grabbing most of the weird one-off pieces when I see them, and filling in the last gaps with the War Child collection. And all these years later, long after I picked up Homecoming #2 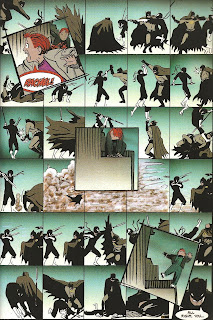 I still love the Grendel comics, all these years later. They're stylish, complex and experimental to an astonishing degree, most notably when Matt Wagner takes on the script and art duties.

Hunter Rose isn't my first Grendel, so the anarchic malevolence of that character isn't what I associate Grendel with, (even if it's another worthwhile facet of the overall saga). I was always more interested in the point where Grendel has infected an entire society and bent a civilisation to its tastes, only to have Grendel evolve into something else - something with honour and power.

Five hundred years from now, and that code of honour and that unbending will in the Grendel comics is still the most attractive thing about the story for me. The idea that will can overcome anything is an almost admirable ideal, while Grendel comics still never hesitated to show how troubling it can be – Grendel Prime is a force of nature who probably doesn't mean you any harm, but will FUCK YOU UP if you get in his way. That's always pretty exciting, but it doesn't change the fact that he's still a murdering monster.

The Grendel comics – in almost all their incarnations - also had a lot of style, with some stories smothered in moody, hazy artwork, and others showing unspekeable horrors in unflinching detail. And through it all, there are those Grendel eyes, a mask and face that is endlessly adaptable, but always recognisable as a Grendel mark. They always look good. 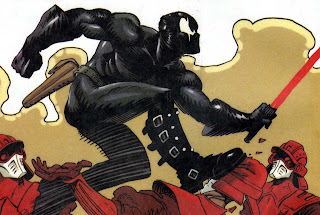 I'm still missing a few Concrete comics, here and there, and I'm a long way off from completing a full collection of Zot issues, but I got my last Grendel comic last weekend.

I got the first issue of the first Batman/Grendel story right at the start of my Grendel obsession, at a record sale in a Dunedin railway station in 1996 or so. It was a sale where I also bought my very first issues of Bagge's Hate and Miller's Ronin, but it was the Grendel that excited me most at the time.

There was no trouble following the story into the vastly underrated Batman/Grendel II, but I could never find any copies of the second (and final) issue of the first crossover. I would have a quick look through longboxes in comic stores all over the world for it, but I never came across it, until last weekend, when I saw it at my local store for twelve bucks, and pounced on it.

It's a suitable ending for the story I started reading nearly 20 years ago, and it's a suitable way to round off the Grendel collection. There are no more Grendel comics to get. The run is complete. 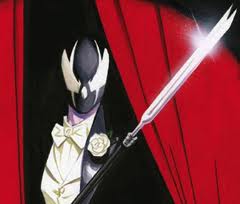 I got into Grendel at a very strange time in my life, and I still feel that strangeness in the pages of this sprawling story. It's a melancholic and mischievous strangeness, and it's there when poor Brian Li Sung is dying in the snow, and when Grendel Prime catapaults across a future world, or when Borna names his son in a lake.

There have been tragically few Grendel comics in the past few years, but even though he is focused on licensed comics, Wagner will occasionally pop up with something like the sublime Behold The Devil, where Hunter rose is horrified by his own legacy, because it means he is no longer unique. And there have been various reprints of various oddities, and the lovely Omnibus books, which are thick with madness and mayhem.

I still prefer the future world of Grendel Prime, and it's sad that it has been well over a decade since there has been a new story in that continuity, but I will take any Grendel, in any form. I've got all now the Grendel comics now, but I still hope that collection will grow further.
Posted by Bob Temuka at 10:12 AM

Great post. I didn't discover Grendel until Tales had finished, and embarked on a very similar collecting quest to yours, eventually snagging pretty much everything, including the original Comico issues. There might still be a Tales miniseries or two I've not read though.

I thought I had all the Tales series a few years ago, but then there turned out to be a couple I'd missed without even realising it. But even the most mediocre Tales has something going for it...

Love Grendel, and started writing the first of my long series on Grendel which will follow my blog's long hiatus. But my experience is different from yours; I picked up the series about halfway through, loved the stretch from Li Sung to Assante, and was left cold by Grendel Prime. If you're interested I'd like to get you involved when I get to that period next year and we can argue about the later stuff...

I wasn't meant to be Anonymous; it's Tom W of www.suggestedformaturereaders.wordpress.com

Oh man, there is something about Grendel that always makes me particularly argumentative, so I'm down for a good debate on future Grendel's merits next year, Tom.