The other day I cracked open some comics from the mid-nineties – comics I hadn’t read in quite a few years - and I was surprised by how brittle and thin the inside paper stock seemed to be. Even though they were carefully bagged up for most of their existence, there were a few that looked like they were well on the road to total degradation.

I never expected them to last forever. Paper inevitably breaks down into mush, and the process can only be slowed down or sped up, but never avoided. We have documents that have lasted a couple of thousand years, but they're a rarity, and that's still nothing in geological terms.

But I thought my friggin' comics would last longer than a couple of decades before really showing their age.

And with all the changes in paper stock since the 1980s, I’m left wondering if there will turn out to be some paper that doesn’t last the test of time at all, and whether entire comics are destined to fall apart in the coming years, even if they’re kept in the best possible condition.

It would be tragic for collectors if their entire comics hoard collapsed into dust, but it’s one of the pure and unavoidable facts of the universe - all things must pass. And comic books are no exception. 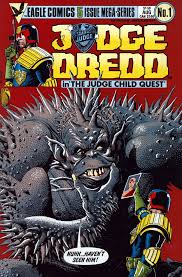 Newsprint was good enough for almost all comics for most of the medium's history, and the only times any comics were given some decent paper is when they were reprinted in proper books. But that all changed almost thirty years ago.

I first became really conscious of the differences in paper stock in the mid-1980s, when advertisements for comics would proudly and loudly declare they were printed on highest-quality Baxter paper.

And it was worth shouting about, because Baxter paper was a marvellous way to read comics. On whiter than white backgrounds, colours would pop and artists’ lines were crystal clear. Because of its cost, Baxter stock was also saved for slightly more prestigious projects, and became an unconscious indicator of overall quality.

The first comic line I really saw the difference on was the Eagle Comics reprints of 2000ad material from that time period. The ongoing Judge Dredd comic had some fantastic covers from the likes of Mike McMahon and Brian Bolland – still some of the greatest Dredd covers ever – but the insides were printed on boring old newsprint. But some of Eagle’s comics, like the five-issue reprint of The Judge Child Quest, were printed on Baxter paper and looked gorgeous, even with the reformatting of stories into the US format.

Marvel would slap some worthy reprints of things like the Kree/Skrull War and the Warlock comics on Baxter, while also using the stock for special projects like Phoenix: The Untold Story, which was, at that time, the slickest presentation of John Byrne's art I'd ever seen. But DC were particularly keen on the sharp new paper, and had quite a number of high quality presentations.

Camelot 3000’s plot was a mire of cliché and repetition, but nobody cared when Bolland’s art was so crisp and clean on the paper, the Omega Men’s grim adventures in space were just as bright, both the Teen Titans and Legion were upgraded (with newsprint reprints), and – for a while there - almost every new series that dared stray outside the superhero ghetto was given the finest of paper to print on. 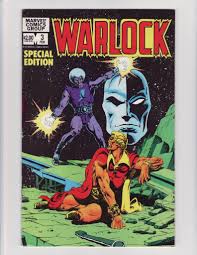 The differences between Baxter and Mando paper were totally clear, but it wasn’t that long before all comics were upgraded to nice, shiny newness, and newsprint was phased out of mainstream comics fairly quickly. By the late nineties, even the lamest superhero comics were on slick and glossy paper.

Some of them got too glossy, and it became nearly impossible to read a comic outside on a bright sunny day, because the pages would reflect the full might of the sun right back into your eyes. The pages also got mighty thin – some of Marvel’s first Ultimate comics were incredibly slender, and it’s not surprise that phrases like "floppies” and “pamphlets” really took off, because they did feel that small.

I can’t remember the last time I saw a comic printed on Baxter paper. Nobody really bothers to crow about their paper stock like they did in 1986, unless it’s of ultra-high quality for a serious art project, but the state of paper in comic books is reasonably high – it’s sturdy, but not too thick, and shiny, but not too glossy.

There are still some subtle variations, with things like Marvel’s Max comics often appearing on a slightly grittier stock, for slightly grittier stories, but the only time anybody uses newsprint anymore, it's for strange one-off projects like Wednesday Comics.  Newsprint makes everything look old, even if I think that old griminess is a lot of the charm of snapping up back issues from the old days. 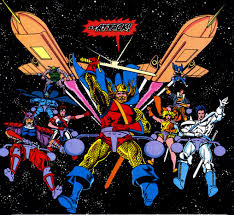 Some of the Vertigo and Dark Horse comics I bought in the mid nineties are starting to feel more fragile and thin than I remember. The kinds of paper stock that have been invented and marketed in the past 20 years have been revolutionary, but also untested by the inevitable passing of time, and I’m not sure I’ll be that surprised if one day I pull one of these comics out of its protective bag and it crumbles into dust in my hands.

I sincerely hope that doesn't happen, because I do love these fucking things, even if it always helps to be reminded that all things do pass, and even our favourite comic books have a finite life. It might also give us the chance to deny that things like Clone Saga ever happened (even if there will always be someone who thinks of it fondly), if there is no real evidence because all those thin, super-slick comics suddenly turn into sand after thirty years..

People who get hard into digital comics don't seem to miss paper at all, and declare that they've never seen colours pop like they do on a screen, which I always find supremely unconvincing. Good for them, really, but I'm sticking with ink on paper. And I'm fascinated to see what happens to these flimsy slivers of paper next.
Posted by Bob Temuka at 9:36 PM

For me it has always been the reading material that's been more important. I had over 7 carton of books (most of it brought 2nd half)lying in one of the unused bathroom when we shifted over to the new house. After 6 months when I finally uncarted them and shelved them silverfish had chewed of quite a lot of them - including brand new books. But I felt no losss or unhappiness. It was impossible to hate on creatures that loved my books even more than me. :)